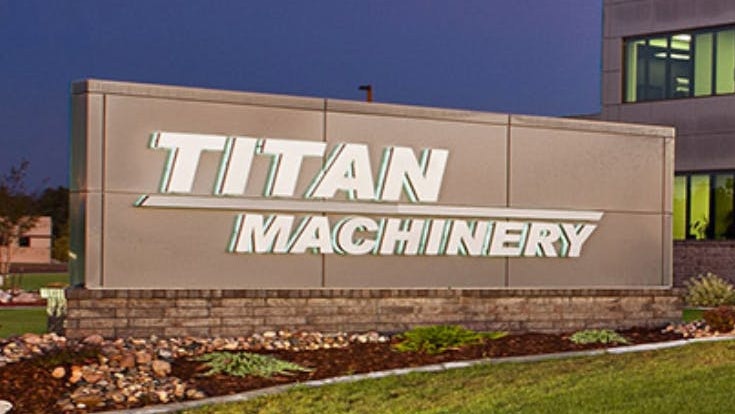 “The combination of our larger base of revenues, healthy inventory position, and lean infrastructure has allowed for powerful operating leverage that drove a 109% increase in pre-tax income for the quarter,” says David Meyer, chairman and chief executive officer, Titan Machinery.  “Our Construction and International segments are also generating strong gains in profitability, each producing another solid quarter and building upon the improvements made fiscal year-to-date. We are excited about finishing the fiscal year on a strong note after a successful harvest and construction season and will continue to work toward delivering the unmatched customer service that Titan Machinery is known for.”

Revenues for the company’s construction segment were essentially flat. Same-store sales increased 11.1% due to increased equipment demand but was offset by the lost contributions from the company’s Arizona stores following the January 2021 divestiture. Revenue for the third quarter of fiscal 2022 was $79.7 million, compared to $79.0 million in the third quarter last year.

The company is continuing to pursue acquisitions to grow its footprint and effectively service customers amid ongoing supply chain challenges. “While supply chains remain challenged, we are getting factory shipments, as well as leveraging our parts and equipment inventories collaboratively across our network of stores,” says Meyer. “This has allowed us to take care of our customers during the critical harvest and pre-winter construction season – which enabled us to continue to deliver strong top line growth. Looking to the fourth quarter, we remain confident that we will be able to sustain our increased sales momentum and profitability, which we believe will allow us to deliver a record year of earnings per share.”

Based on fiscal modeling assumptions, Titan expects the construction segment to be up 2- to 7-percent for the 2022 fiscal year.