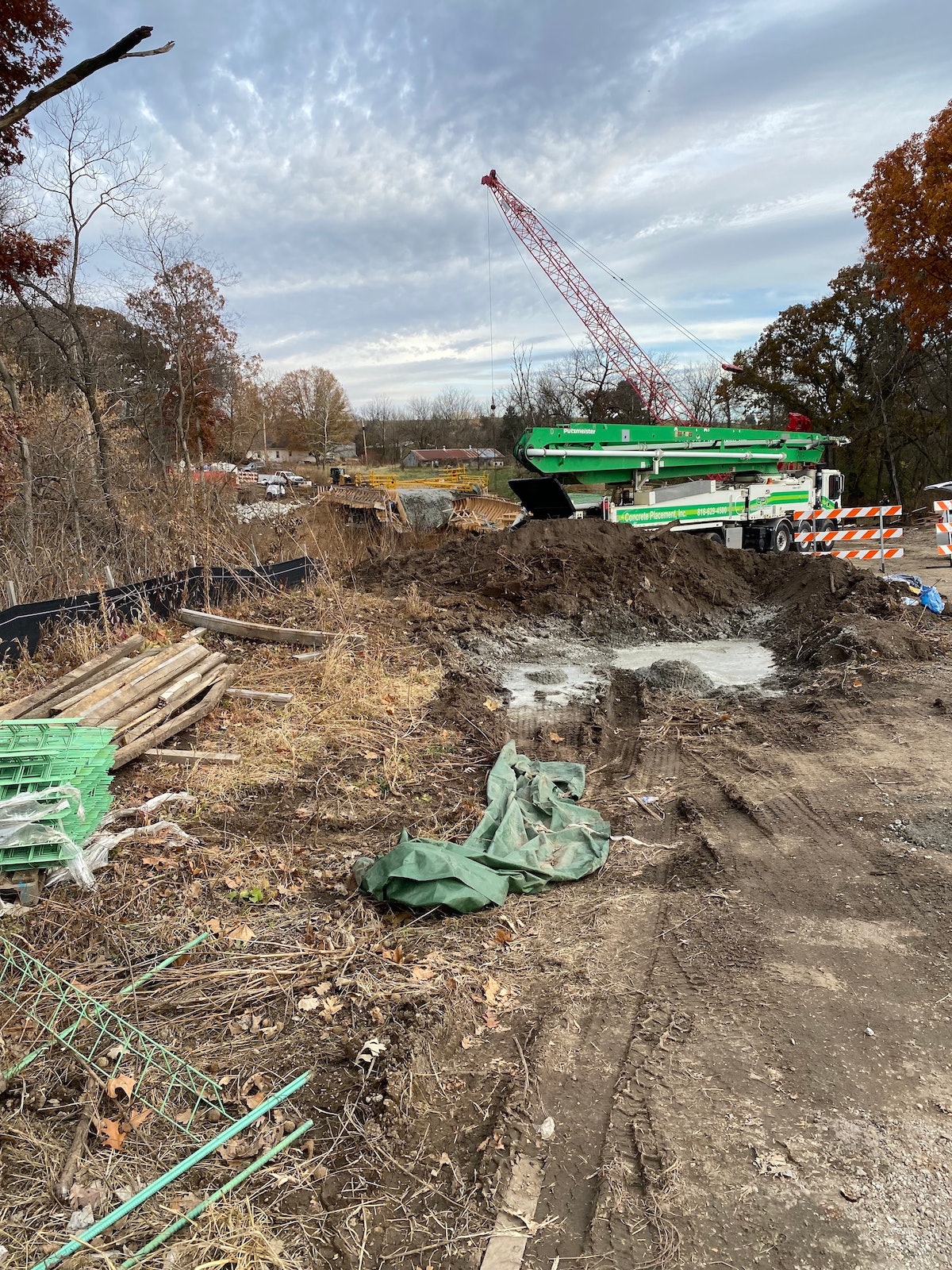 A worker died and three suffered minor injuries in Clay County, Missouri, when a bridge under construction collapsed October 26.

According to the Clay County Sheriff’s Office, workers were pouring a concrete deck when the bridge collapsed and trapped four workers around 1:45 p.m. The three injured workers were able to escape, but the fourth worker died. His identity has not been released to the public. It took more than an hour to reach him, and the collapsed area had to be reinforced by emergency workers during the recovery, according to news reports. The other three workers were taken to a hospital for minor injuries.

It appears the bridge collapsed near its center. Aerial footage from news stations shows new concrete on one side of the bridge and then rebar caved in and bowed down at the center into the creek below.

The workers are employees of Lehman Construction of California, Missouri, the contractor on the replacement of the Northeast 148th Street Bridge near Kearney. The two-lane bridge has been closed since 2016 because of its poor condition. The county received a federal Off-System Bridge Replacement and Rehabilitation program grant to replace it. The project included demolishing the old closed bridge. Work began in late May 2021 and is scheduled to be completed in early 2023.

WSP Engineering designed the replacement bridge and is also responsible for performing “inspections at all critical points of the bridge completion process,” according to a statement from Clay County government.

The county expressed its condolences to Lehman Construction and the families of the workers.

The Sheriff’s Office says it will turn over its findings to the U.S. Occupational Safety & Health Administration for its investigation.

Lehman Construction was founded in 1997 and has built multiple bridges in the state, including over interstates. The Northeast 148th Street Bridge project over Carroll Creek involves building a new three-span solid superstructure slab bridge, as well as the roadway approach.

According to online OSHA records, Lehman has two violations: