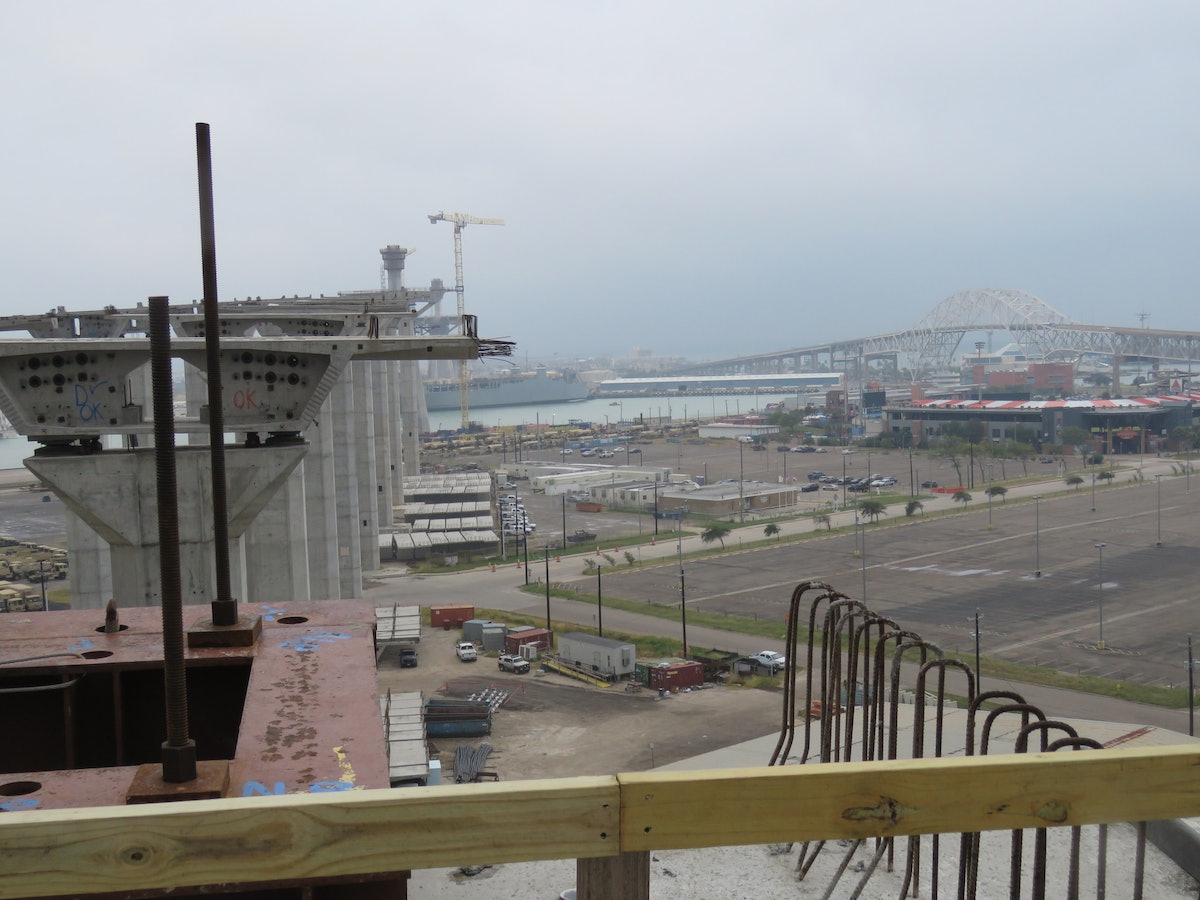 Some of the work that was halted in July on the main span of the Harbor Bridge replacement project at the Port of Corpus Christi can resume after the developer and the Texas Department of Transportation resolved some of their differences.

On July 15, TxDOT suspended work on the main span over safety concerns, and on August 16, it issued a notice of default to the developer, a joint venture of Flatiron and Dragados, or FDLLC.

In September, TxDOT reported it had seen a new tone from FDLLC over the safety issues, and the developer was willing to acknowledge and solve them.

FDLLC reworked designs to try to address TxDOT’s five concerns that stem from a 2020 report by SYSTRA International Bridge Technologies. The IBT report outlined design flaws, including deficiencies in the footing caps that could lead to collapse under certain load conditions.

At first, FDLLC contested the findings but later agreed to work with TxDOT to make the changes at its own expense for the estimated $803 million project.

The IBT report laid out five problems. TxDOT has since agreed to accept FDLLC’s proposed fixes to one of those concerns, with the others still to be worked out.

The TxDOT Corpus Christi District reported October 28 that it had accepted FDLLC’s proposed redesign of the delta frame segments, and work could resume October 31. The IBT report said design defects were detected to the connections between the delta frames and the adjacent precast box units.

In its plan to correct the design sent August 30 to TxDOT, FDLLC said it would add longitudinal and transverse reinforcement to the top of the in-situ concrete joint between the delta frame and adjacent precast segment and make continuous into both precast units.

Other TxDOT concerns still to be addressed:

FDLLC has proposed the following remedies to those concerns, which TxDOT has not yet agreed to:

FDLLC will remain under a notice of default until TxDOT is satisfied that its concerns are being met, according to an October 6 letter from TxDOT to Justo Molina, project executive for the joint venture.

Despite the work halt on the main span, progress has been made on the approaches. TxDOT Corpus Christi District reports that the north approach to the bridge is 81% complete, and the south approach is 87% complete as of October 28. FDLLC began day and night shifts on the crane gantry and approaches in October and will remobilize cranes and equipment to the main span towers in November for work to resume, TxDOT said.

TxDOT and FDLLC now estimate a completion date of 2025 on the project, a year later than previously planned.

Currently, drivers are using the existing 2.25-mile steel bridge built in the 1950s that carries U.S. 181 over the ship channel. It will be demolished after the new bridge is completed.

The new bridge will have three lanes in each direction, consisting of 6.44 miles of bridge and connecting roadway, according to TxDOT. Its main span will extend 1,661 feet and become the second-longest cable-stayed bridge in the U.S. and Canada when completed. The Gordie Howe International Bridge between Detroit and Canada will have the longest cable-stayed span, of 2,799 feet. Its completion is slated for 2024.