The U.S. continued a trend of reducing the number of bridges rated poor between 2020 and 2021. However, the number of good rated bridges also dropped.

For the past several years, bridges rated fair have made up the largest segment of the nation’s bridge inventory, and it’s a growing category, indicating that states continue to lose ground on maintenance.

Welcome to the Better Roads Bridge Inventory, an annual survey conducted since 1979 to examine the condition of our nation’s bridges. This year, departments of transportation in 38 states responded between October 16 and December 17 to the annual Equipment World survey. The survey was sent to the bridge engineering divisions of all 50 states and the District of Columbia.

For states that did not respond, we used the Federal Highway Administration’s 2021 Bridge Inventory data.

What follows are some snapshots from the survey, ranking the states in various categories. At the end of the article, we provide a detailed look at overall conditions of the bridges in each state, so you can see how your state stacks up. 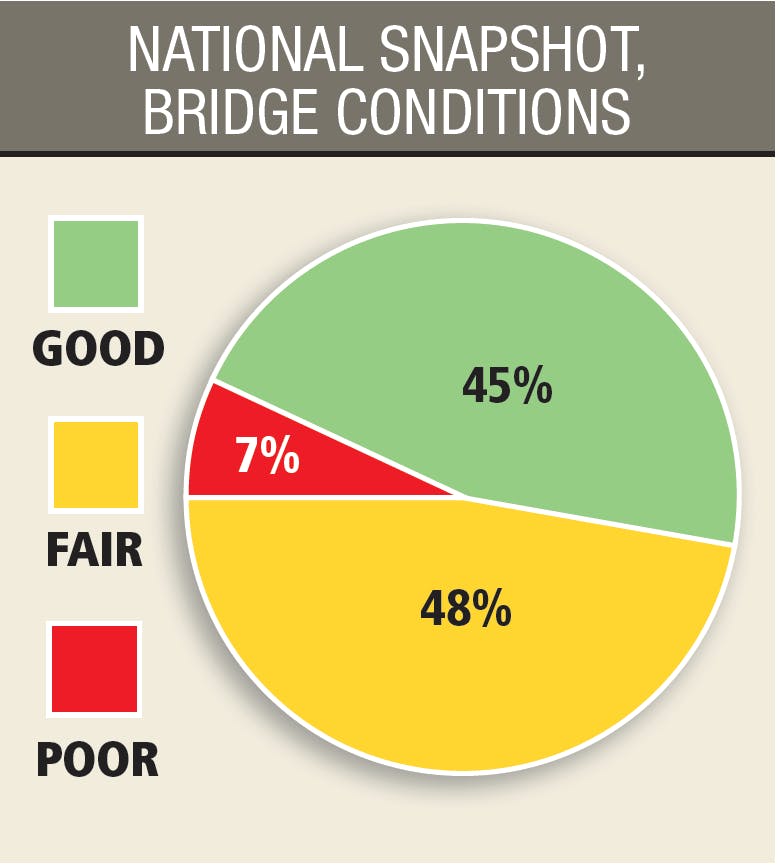 Overall percentages of U.S. bridge ratings for 2021.Equipment WorldBefore we delve into the state bridge rankings, let’s take a look at what the ratings mean.

The Federal Highway Administration asks states to rate bridges that are 20 feet or longer as “Good,” “Fair” or “Poor.”

GOOD – Bridges in this category range from excellent to some minor problems.

FAIR – Ranging from bridges with structural elements showing some minor deterioration, to bridges in which all primary structural elements are sound but may have minor section loss, cracking, spalling or scour; and may include minor erosion on bridge piers.

POOR – There are five categories of poor bridges:

A breakdown of national bridge ratings, comparing the 2020 Better Roads Bridge Inventory to the 2021 inventory.Equipment WorldRanking the states

Note: An * beside a state indicates that 2021 FHWA National Bridge Inventory data were used.

States with the lowest percentage of poor rated bridges

States with the highest percentage of bridges rated good

See how your state compares

Ranking all states by percentage of good, poor and fair bridges 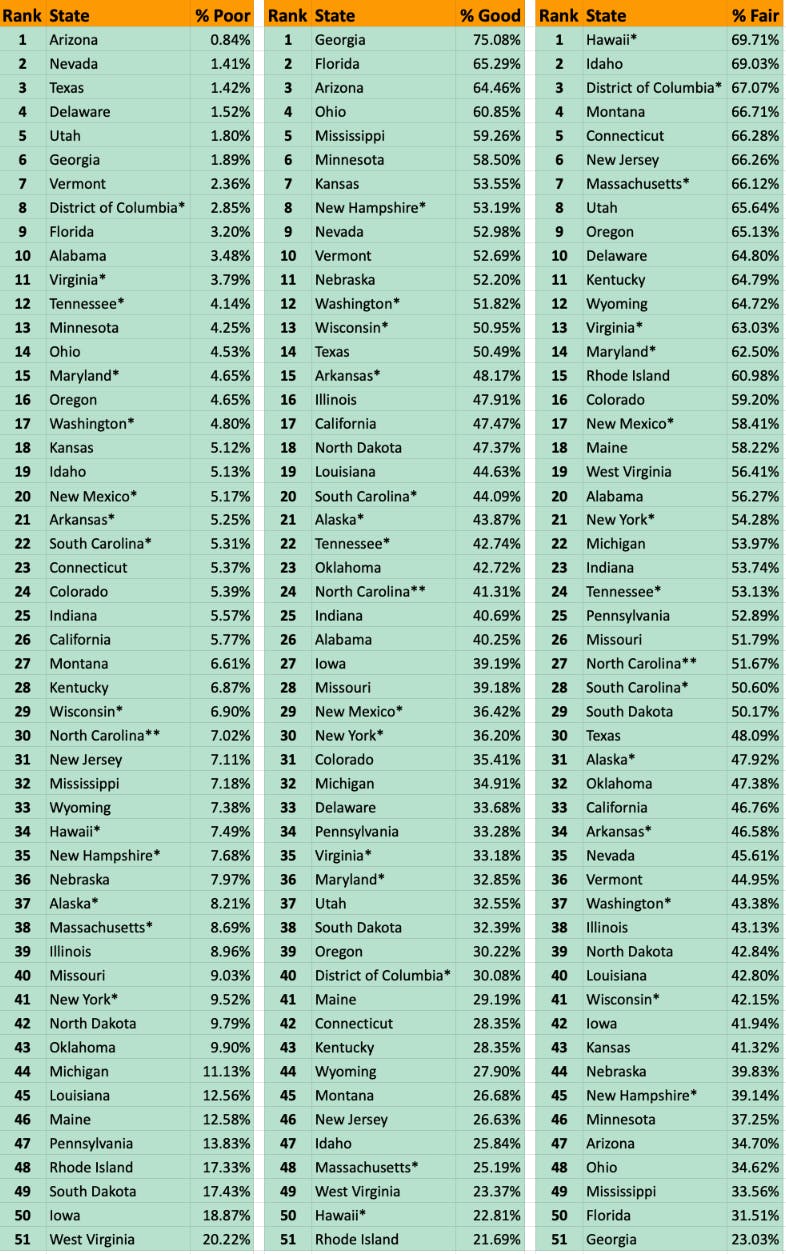 A detailed look at all of the states’ bridge ratings 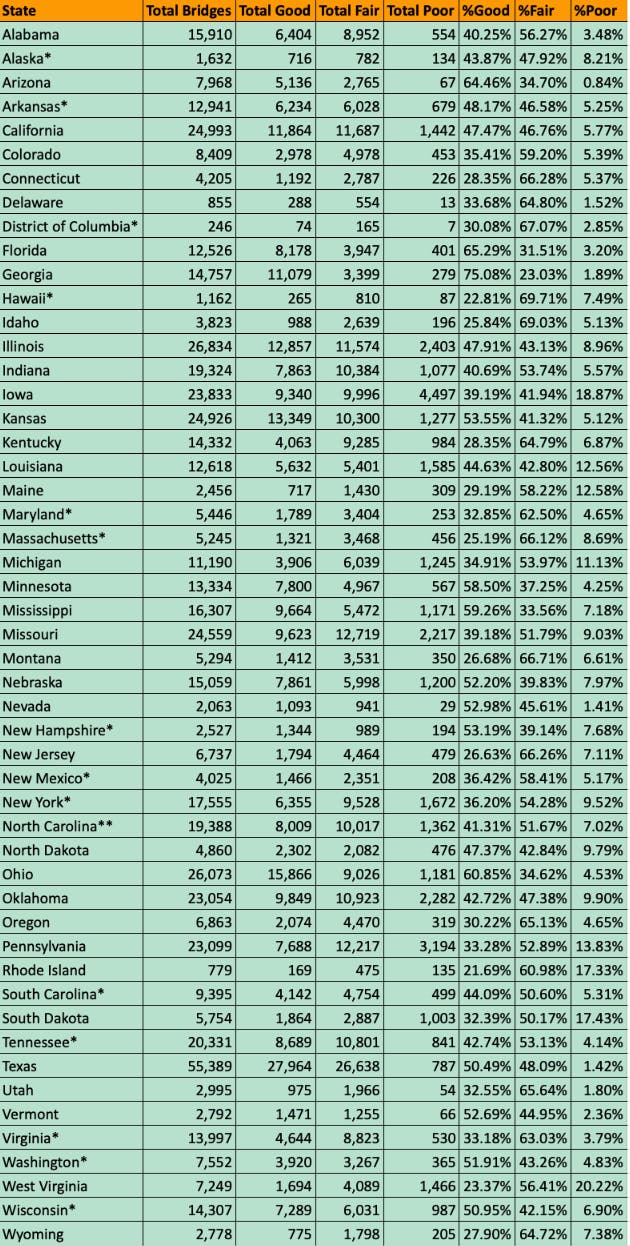