Hard to say if it was a first, but Volvo Trucks certainly attracted plenty of attention recently at the Advanced Clean Transportation Expo in Long Beach, California, after showcasing a diesel truck alongside an all-electric.

Even though renewable and biodiesel typically get kudos at the popular alt-fuel show, which Volvo Trucks CEO Peter Voorhoeve praised as the biggest and best of its kind in the world, the nation’s most popular workhorse is rarely gussied up and parked on the showroom floor. It’s mostly out of sight hauling vendors’ equipment behind the Long Beach Convention Center.

But every now and then, one slips in to the ball. In this case, Volvo debuted an autonomous diesel truck, a long-haul VNL 760 integrated with the Aurora Driver from Volvo Autonomous Solutions. Sitting close by was Volvo’s next-generation VNR Electric 6×2 and an ECR25 Electric Excavator from Volvo Construction Equipment. 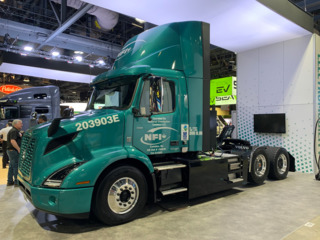 NFI Industries in Southern California ordered 60 of Volvo’s latest VNR electric trucks. Another Southern California fleet, Quality Custom Distribution, signed up for 30.Tom QuimbyOf course, the VNR Electric got most of the glory because it does, after all, offer zero tailpipe emissions. It just can’t drive itself – yet. The latest VNR Electric offers up to 275 miles of range, an 83% jump over the 150 miles offered by the first-gen model.

Already in production, the enhanced VNR Electric comes with 250kW charging capability, which offers an 80% charge in 90 minutes for the six-battery package and 60 minutes for the four-battery version.

“DHL is going to be our first customer and will pilot this solution with us,” Voorhoeve said.

Following the pilot, Volvo Autonomous Solutions will “roll out to the market in a commercial way in the second part of this decade. We cannot put an exact year on that,” Voorhoeve added.

In the meantime, demand for Volvo VNR Electrics continues to grow, Voorhoeve said, for three reasons: an extra 125 miles of range in the latest VNR Electric, increased incentives that “are seen in more states,” and greater fleet interest in going green.

“There is a much bigger awareness now of the need to do this,” Voorhoeve said. “People see that there is something wrong with the climate. People see that we have too many fires, floods, etc. More companies have adopted a more aggressive sustainability strategy. All those three together make for massive interest in our electric vehicles. 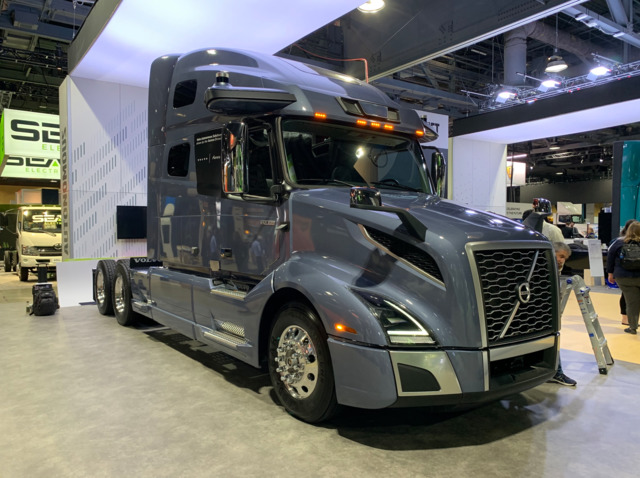