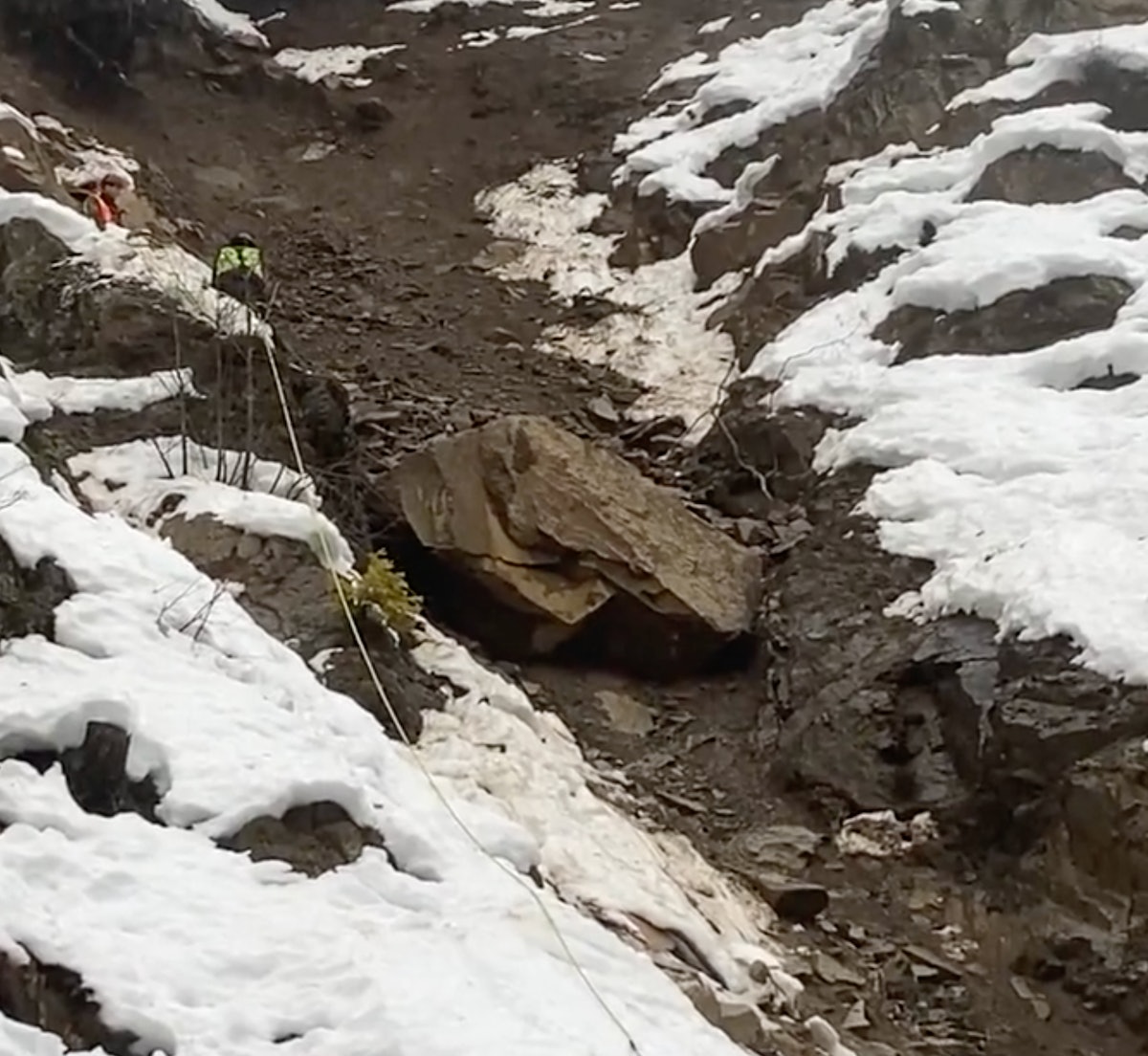 An unstable boulder looming 125 feet above a Washington highway has been removed by a specialized rock scaling contractor, with the use of airbags.

Check out this Washington State Department of Transportation video below of the operation to remove the boulder, which was the size of a 3/4-ton pickup truck and led to the closure of U.S. 12 at White Pass:

The boulder was discovered January 10 after crews had cleared the highway from heavy snow and a rockslide, the WSDOT reported. Soon after the highway reopened, the unstable boulder, which was 12 feet by 6 feet by 8 feet, was discovered. The DOT feared it could dislodge because of more snow, rain, and freezing and thawing temperatures.

Geotechnical engineers investigated the rock and determined it needed to be removed.

“We need to bring in a crew who specializes in rock removal to safely remove it,” WSDOT tweeted January 11. It was likely the rock would have to broken into pieces to be removed.

The rock scaling contractor began working on removing it January 12, WSDOT reported. On January 13, crews placed two airbags underneath the boulder and inflated them. The boulder then tumbled down the mountain and broke apart as it fell. The WSDOT was able to reopen the highway later that day after the road was cleared of all debris.

Clearing the U.S. 12 section of White Pass was the last remaining major east-west pass route to open after the area experienced record snowfall January 4 and 5, WSDOT reported. These other highway passes had also been closed: U.S. 2 Stevens Pass, U.S. 97 Blewett Pass and I-90 Snoqualmie Pass.