The Utah state legislature has passed a new law to require drivers to zipper merge when approaching a closed lane on a congested road.

More states in recent years have adopted the zipper merge for closed lanes for construction zones, for wrecks and other road-blocking occurrences. Advocates say the zipper merge is safer and keeps traffic flowing better than drivers merging early to an open lane.

The legislation, which awaits Governor Spencer Cox’s signature, requires drivers to merge at a specific congested merge point when two lanes are reduced to one lane. At the merge point, drivers in the open lanes take turns merging into the single lane.

Failing to merge at the merge point could result in a fine of up to $750. 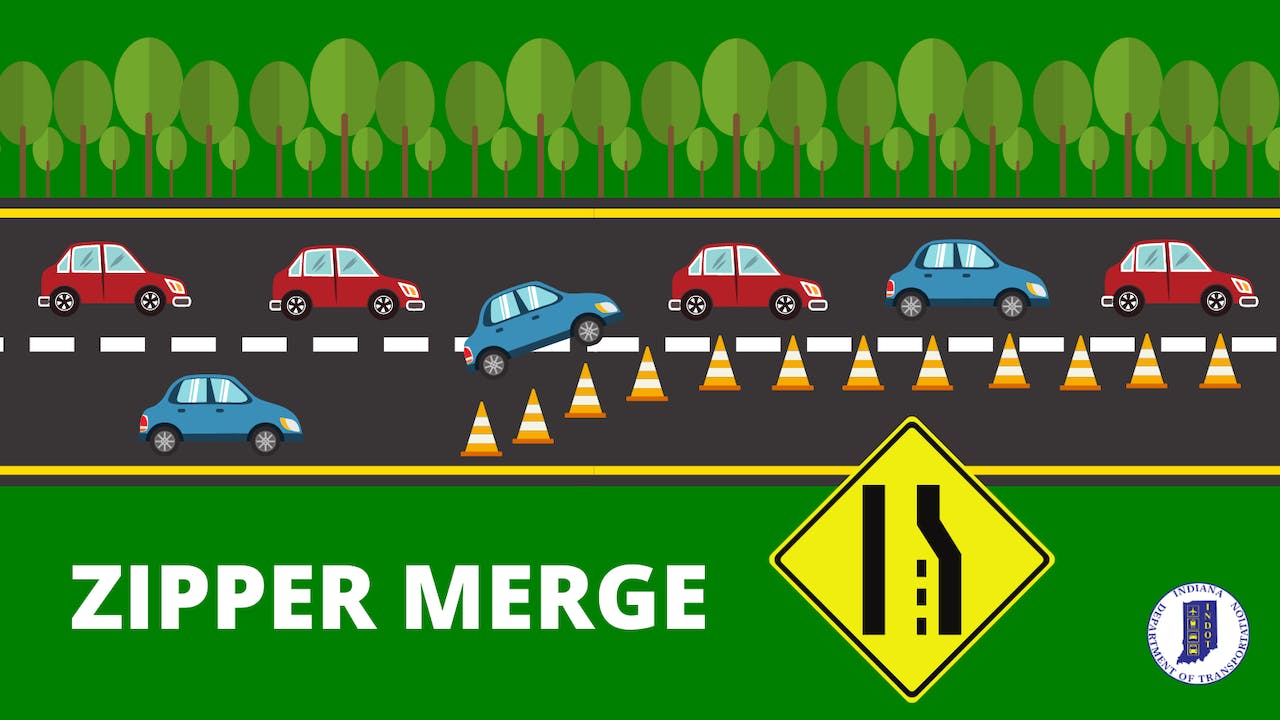 Here’s how to zipper merge.Indiana Department of TransportationFor many drivers, zipper merging runs counter to instinct because it involves letting the driver who stayed in the closing lane scoot in at the last minute. But DOTs are finding that this merging process, particularly when done in slower heavy traffic, can reduce traffic lines by 40% over early merging, when lanes have to be closed for road and bridge work.

The zipper merge also brings some order and fairness to what can feel like a never-ending wait as drivers switch in and out of lanes, always thinking the other one is moving faster, DOTs say. Early merging in heavy traffic can also lead to crashes and road rage, says the Indiana Department of Transportation, which has increased its use of the zipper merge in the past year.

The zipper merge is not without its controversy. There is a learning curve for drivers, and it only works well if drivers know what they’re doing. States that have implemented it have held campaigns to educate drivers and use directional signs to coach drivers along the way.

{Related: States look to ‘zipper merge’ to ease traffic around work zones, but will drivers get it?}