When looking at the year-over-year April-March time period, the number of financed new dozers increased by 28%, according to Randall Reilly’s EDA equipment financing data.

During this time period, there were more buyers of both new and used dozers in Texas than any other state, with 854 new units financed and 1,542 used machines financed. New-dozer buyers were also prevalent in Florida (426) and Georgia (350).

In addition to Texas, the top states for those financing used dozers were Oklahoma (702) and Arkansas (597). 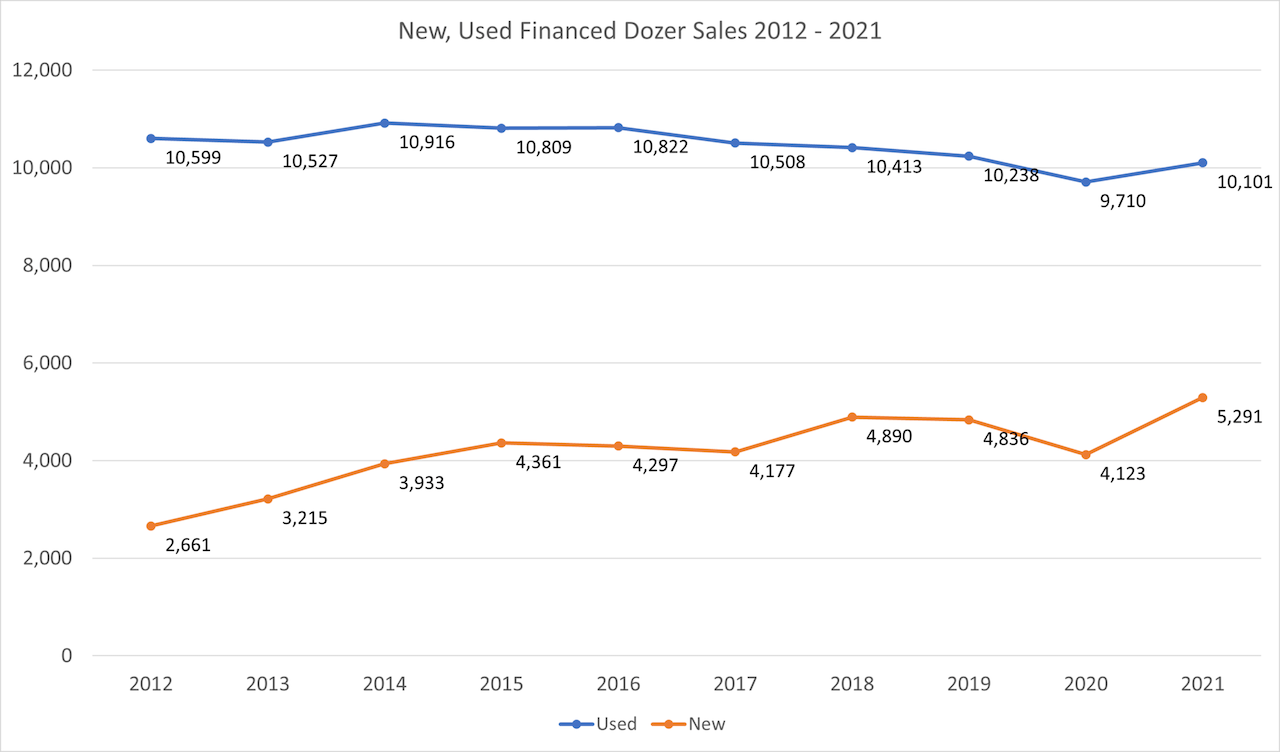 Looking at the 10-year trendline for number of units financed, the new-dozer market saw a slight dip in 2020 during the height of the Covid-19 pandemic. The market not only recovered in 2021 but gained significant ground, moving from 4,123 units financed to 5,291.

EDA data is compiled from state UCC-1 filings on financed construction equipment. There is 40- to 50-day reporting lag from the states. EDA continually updates this data as information comes in from each state. 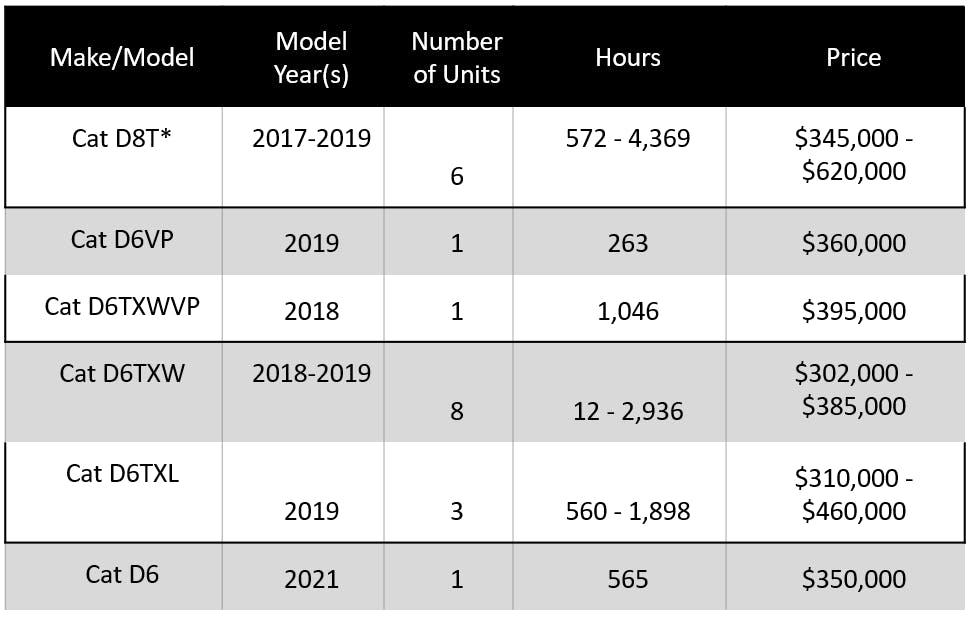 *Note: Hours missing on one Cat D8T.Equipment World; Data: Top BidAll 20 of the top models, as reported by the Top Bid auction price guide, were Cat. 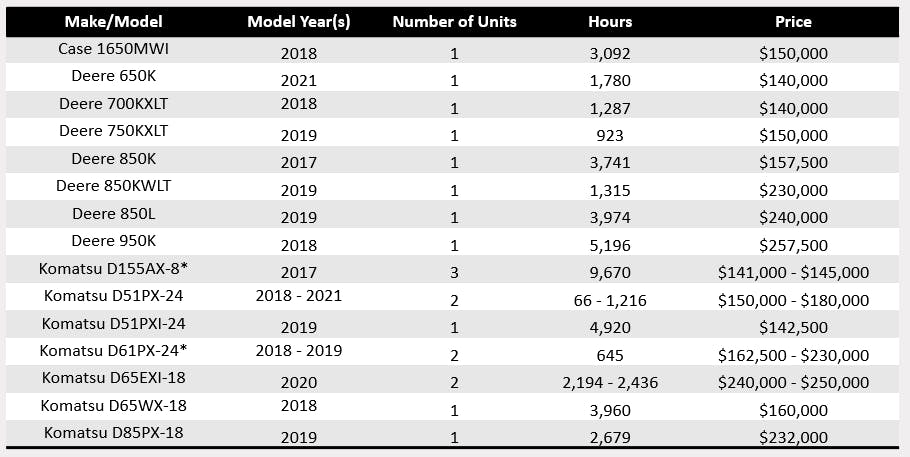 In total, 319 dozers were sold at auctions tracked by Top Bid during this time, with an average price of $151,981.

Top Bid and EDA are owned by Randall Reilly, parent of Equipment World.