The girders of an old bridge traveled for more than 50 years by visitors to and from the Outer Banks of North Carolina could help improve future bridge construction.

The Herbert C. Bonner Bridge was dismantled beginning in 2019 after a 2.8-mile replacement bridge was constructed. The bridge withstood decades of punishment in a harsh windy, salty environment, including numerous tropical storms and hurricanes, giving researchers a unique look at how the girders held up and how much more they could take.

The N.C. Department of Transportation, through a partnership with N.C. State University, salvaged the old bridge’s concrete girders and had them transported to NCSU’s Constructed Facilities Lab in Raleigh for stress testing.

The tests determine where weaknesses develop in the girder under constant regular use. The girders are also put under extreme pressure until they break.

“What we’re trying to really investigate is the amount of prestressing in this structure,” says Dr. Giorgio T. Proestos, NCSU assistant professor, on a recent NCDOT video (watch at the end of this story).

“Is it enough or should there be less? And how does that prestressing change throughout those 60 years?” 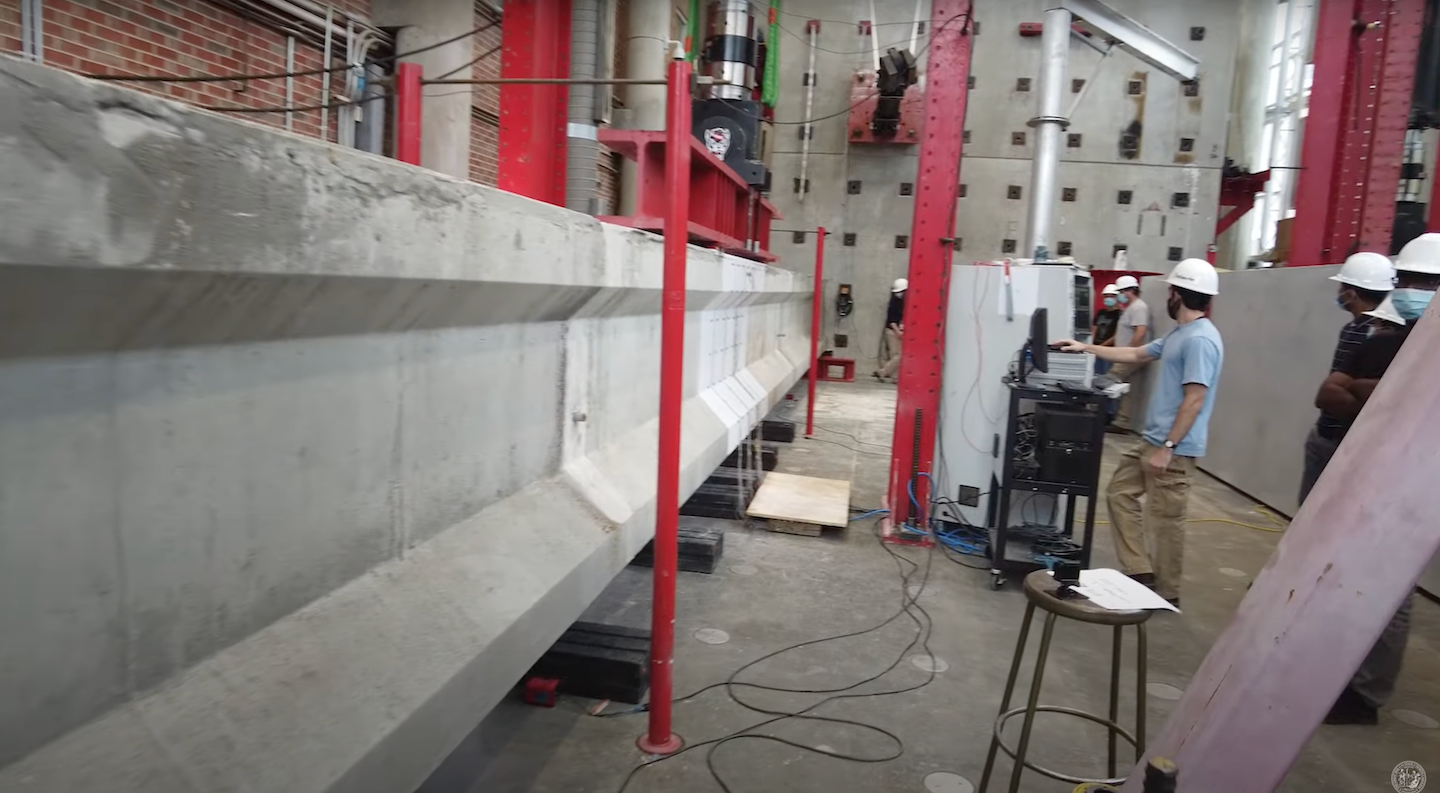 Researchers at N.C. State University conduct stress tests of a girder from the former Bonner Bridge to the Outer Banks.NCDOTAccording to the NCDOT, it took 20,000 pounds of pressure to break one of the bridge’s girders. Sensors with cameras show how the girder reacts under pressure.

“Based on the results of the experiment, there might be changes in the way things are done moving forward,” Proestos says.

The Bonner Bridge was built in 1963 over the Oregon Inlet between the mainland and the Outer Banks. Demolition and dismantlement of the bridge began in 2019 after the Marc Basnight Bridge opened.

“This is a very unique opportunity,” says Neil Mastin, who manages NCDOT’s Research and Development unit. “It’s not often you get a bridge in that extreme environment for nearly 60 years that was intact enough that we can actually use it for testing.”

Mastin says NCDOT will publish the test results, which could have a national impact on bridge design and construction.

Check out NCDOT’s video below of the girders undergoing stress testing: