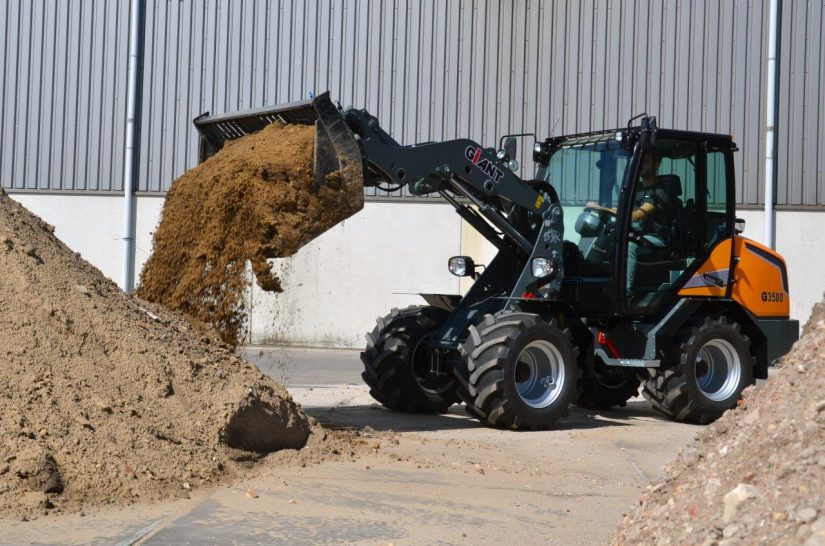 The standard G3500 comes with a Z-bar boom. The G3500’s X-Tra model offers higher lift capacity and increased visibility. The G3500 can also be configured with a telescoping boom for extended reach and lift.

The company says the G3500 models achieve high tipping loads compared to their weight. They also boast a narrow width range of 55 to 65 inches and a 65-inch height for squeezing into tight jobsites. They can be used indoors or outdoors.

The models run on a 66-horsepower Kubota engine that is compliant with Tier 4 Final and European Stave V emissions standards. The standards are achieved by diesel oxidation catalyst and diesel particulate filter. The loaders can travel up to 18.5 mph and have a two-speed gearbox. They also feature hydrostatic four-wheel drive with automotive control. Both 14-ton axles feature a switchable differential lock for maintaining traction in slippery conditions.

The loader comes standard with ROPS/FOPS safety roof that can be extended into an air-conditioned cab. The steering column is adjustable and the seat is air-suspended. Operation is by integrated joysticks. A central LCD display shows such information as oil temperature and regeneration.

Tobroco-Giant placed service points under the hood, the tilting cab or other panels. A variety of attachments are available, with the G3500 X-Tra able to switch to sweeper or snow blades.