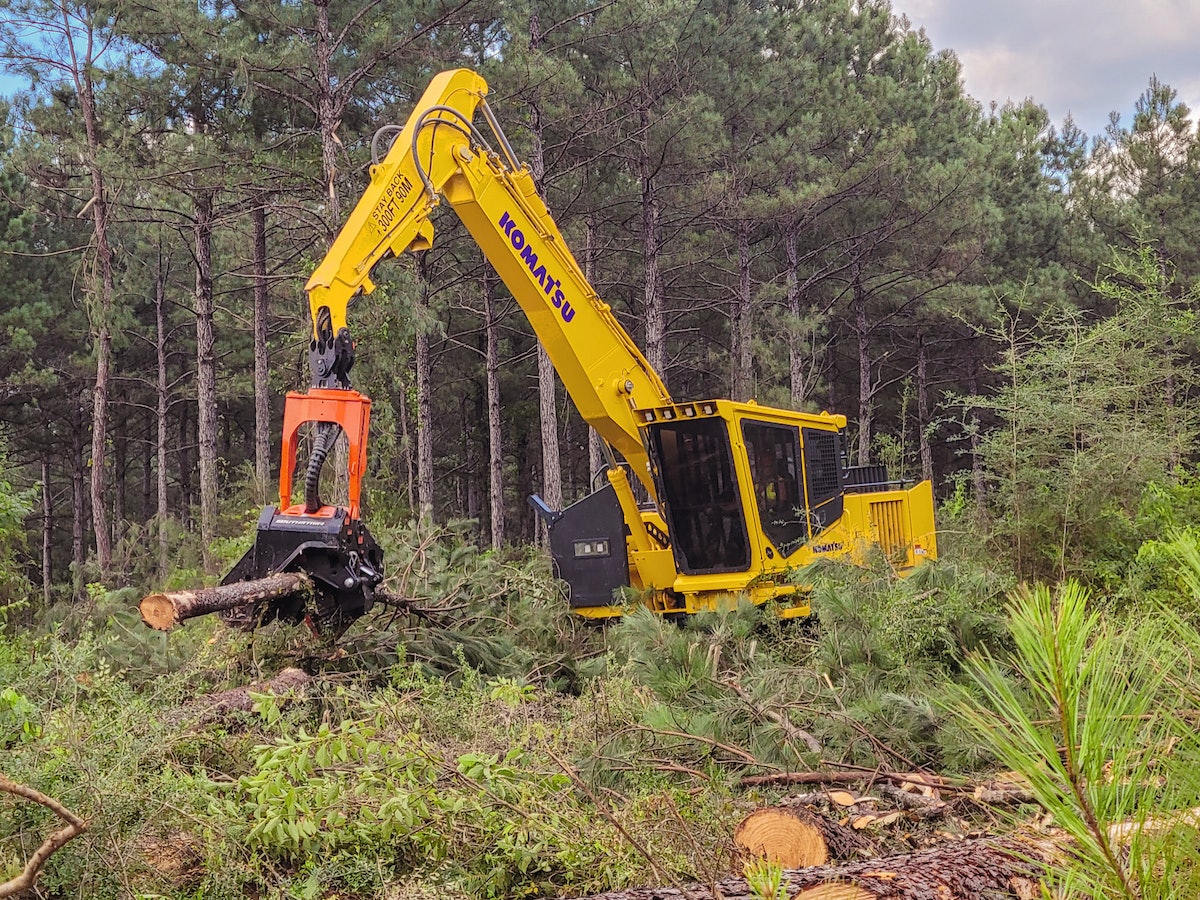 “Large trees can be moved more easily thanks to a powerful swing system and a large swing circle,” the company says. It has a reach of up to 29 feet. Swing torque is 58,334 foot-pounds.

The processor’s undercarriage is high and wide for working in tough environments and high-debris conditions. It is designed with components found on larger class size machines, according to the company.

The machine runs on a 197-horsepower Komatsu Tier 4 Final engine that is more fuel efficient than the previous Tier 4 Interim engine. It also has double the fuel capacity. Komatsu moved the fuel tank to the counterweight, which also freed up more storage space for tools, oil and chains.

The processor weighs 67,516 pounds and exerts 7.53 psi of ground pressure. The wide-fin radiator is protected by heavy-duty forestry screens, and airflow is improved with a variable-pitch reversing fan, Komatsu says.

The processor features Auto Power Max, which automatically adjusts to sudden changes in load weight by boosting power in 7-second bursts for pulling through trees during the limb-removal process.

Komatsu gave the cab a cushioned, air-suspension seat that can be heated and cooled, climate control and Bluetooth. Its exterior is made of thick metal and its polycarbonate front window is 1.26 inches thick to protect against falling limbs. Other safety designs include heavy-duty service undercover guards and rear compartment doors, as well as a right corner guard with a standard tree deflector, according to Komatsu.