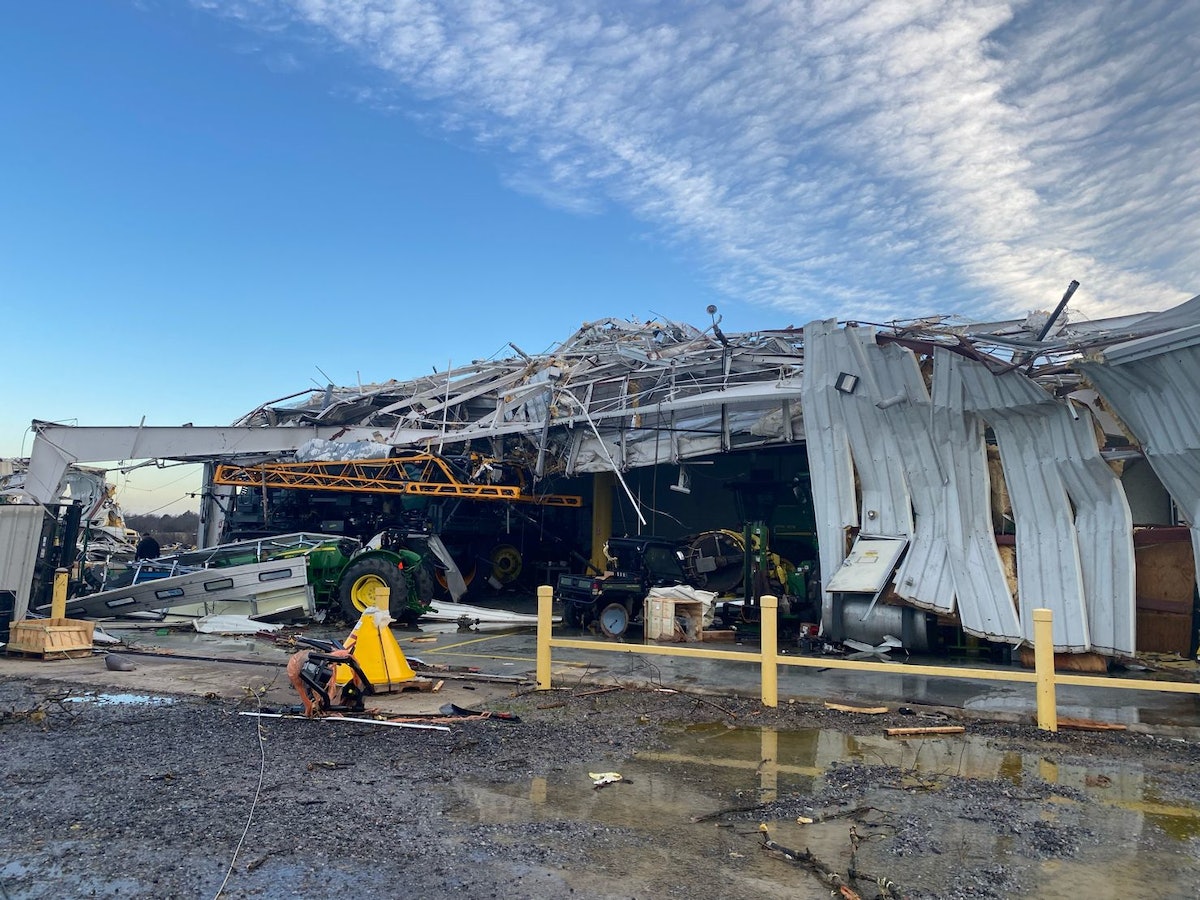 Hutson Inc.’s flagship location in Mayfield, Kentucky sustained major damage after a tornado tore through the rural community on late Friday, according to the Deere dealer’s Facebook page.

“As an organization, we are fortunate. Our flagship location in Mayfield, Kentucky was destroyed by one of the worst natural disasters to ever hit the state last night, but our team is healthy and accounted for,” said Huston Inc. president Josh Waggener in a LinkedIn post on Sunday.

The town of Mayfield suffered some of the most extensive damage on the tornado’s path. Hutson Inc. is located next door to a candle factory where multiple casualties occurred.

“We had heroes show up from our team in the middle of the night (you know who you are). They waded through debris and used what equipment they could salvage to assist with rescue efforts at a candle plant located next to us that had mass casualties. It’s the very foundation of expectations the Hutson Culture is proudly built upon,” said Waggener.

As of Tuesday, the death toll for the state of Kentucky had reached 74 and at least 109 people remain unaccounted for, according to a report by CNBC. The National Guard and FEMA have been deployed. President Biden plans to visit the state on Wednesday.

You can see the destruction in the video below.

Waggener said that the company will rebuild the flagship location “bigger, stronger, and better than ever.” Hutson Inc. has 29 locations in Kentucky, Tennessee, Indiana and Michigan.