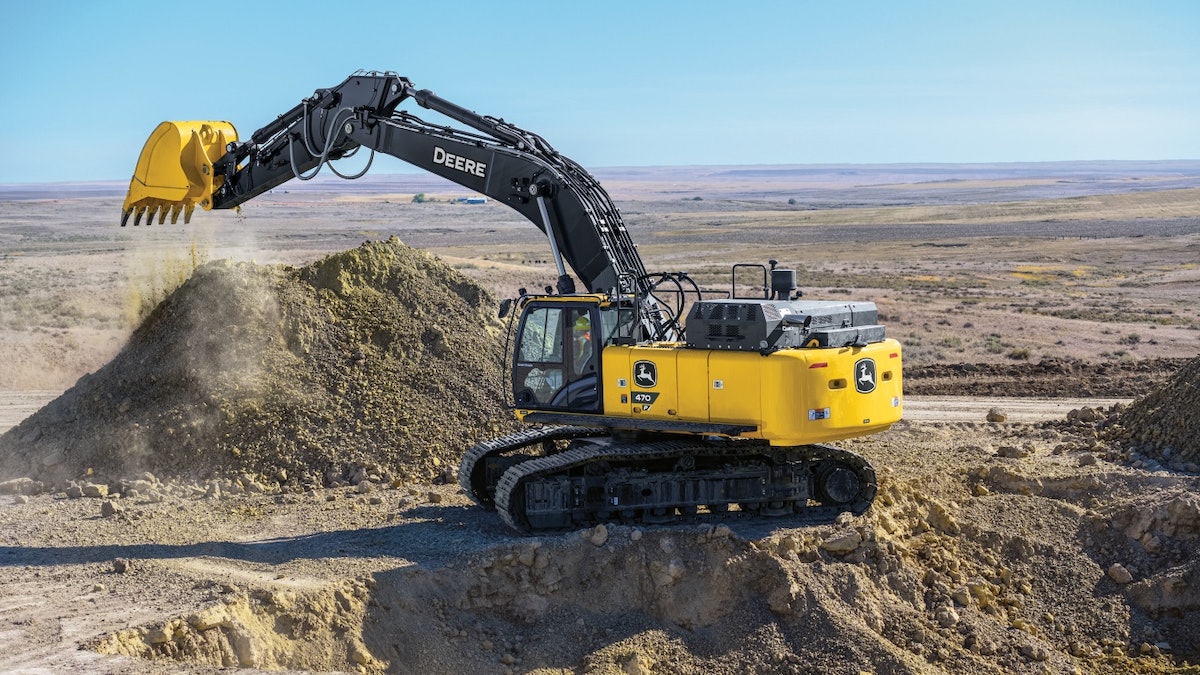 John Deere has added three additional models to its Performance-Tiering, or P-tier, lineup of excavators, the large-sized 470 P-tier, 670 P-tier and 870 P-tier.

The models join the mid-sized 350 P-tier and 380 P-tier excavators that Deere launched in March.

Enhancements include a standard right, rear and left camera system and LED surround lighting, both integrated into the main monitor of the machine. The cameras provide the operator with a 270-degree view of the area around the machine, improving safety and visibility on the job, Deere says.

“Excavators are known to be highly versatile and on almost every jobsite, so they need to perform day-in and day-out,” said Justin Steger, solutions marketing manager, John Deere Construction & Forestry. “Our largest P-tier excavators are built to deliver exceptional performance in harsh environments like aggregates, but also help operators increase efficiency and accuracy during high-production applications.”

To help save fuel during operation, the models are equipped with Auto-idle technology. The feature automatically reduces engine speed when hydraulics are not in use. In addition, the Auto-shutdown feature further preserves fuel on the job, while the hydraulic reversing fan helps keep the coolers clean in high debris environments.

Optional SmartGrade technology is available for the 470 P-Tier model. Customers can choose from 2D guidance, 2D SmartGrade Ready Control and SmartGrade 3D Control. Overdig is included with SmartGrade, which limits the bucket’s cutting edge from going below the target design surface, while in-cab real-time distance-to-target measurements help operators dig more accurately. The system can be upgraded as customer needs evolve.

The 470 P-Tier can be equipped with factory-installed hydraulic plumbing all the way to the end of the arm. When this option is selected, coupler controls are also factory integrated into a switch in the cab.

A variety of trim packages are available on the P-tier excavator models.

Under the new tiering system, Deere has dropped the letter at the end of the model’s name that signified the machine’s generation. In place of that letter is one of three letters meant to signify its performance and technology tier: a G, P or X.