August 25, 2019, could very well have been one of the most tragic days in Indiana work zone history.

“We were out there in the middle of the night on I-65,” recounted dump truck driver William Honey, 45, whose CB handle is “Porkchop.”

“We were milling, taking the surface off the road and repaving the road. You might have twenty, thirty, forty, fifty dump trucks on each crew.”

It was a huge undertaking, designed to get the road finished as quickly as possible. Two big crews – one to peel off the old pavement, one to lay down new pavement. This was downtown Indianapolis.

“It was around 1:30 in the morning. A call came over the radio from a fellow driver named Angela:

‘Everyone look out. There’s a police chase in the barrels going the wrong way!'”

Twenty-year-old Jonathan Hipolito, driving on a suspended license, was fleeing the Indiana State Police. Toxicology reports later revealed a blood alcohol count at more than twice the legal limit. Now traveling southbound on the northbound lanes of I-65, he had breached the barrels of a live construction zone just past the milling crew and was literally seconds away from plowing into the paving crew.

Porkchop continued his tale: “I was coming off the exit ramp to get on the interstate. I was right up there by the paving crew. I could see him coming with the blue lights behind him. There were twenty-five workers up there on the ground. These guys on the ground have it a lot harder than guys like me. They have barrels and cones, maybe a piece of tape to protect them. None of them had a radio. They couldn’t know what was going on.

“I knew if I could turn my truck sideways, he couldn’t get past me. There was a concrete barrier wall, so I pointed my truck toward it.

“I didn’t even have time to set the air brakes when he hit me. It knocked me from the driver’s seat all the way to the passenger side. I got my brakes set and got out.

“The trooper said, ‘Sir, I need you to go stand against the wall!’

“I could see the guy. He was out of it. Didn’t even know where he was. Then a whole bunch of cop cars came, then the fire trucks and the ambulance.”

Thankfully, no one was hurt. 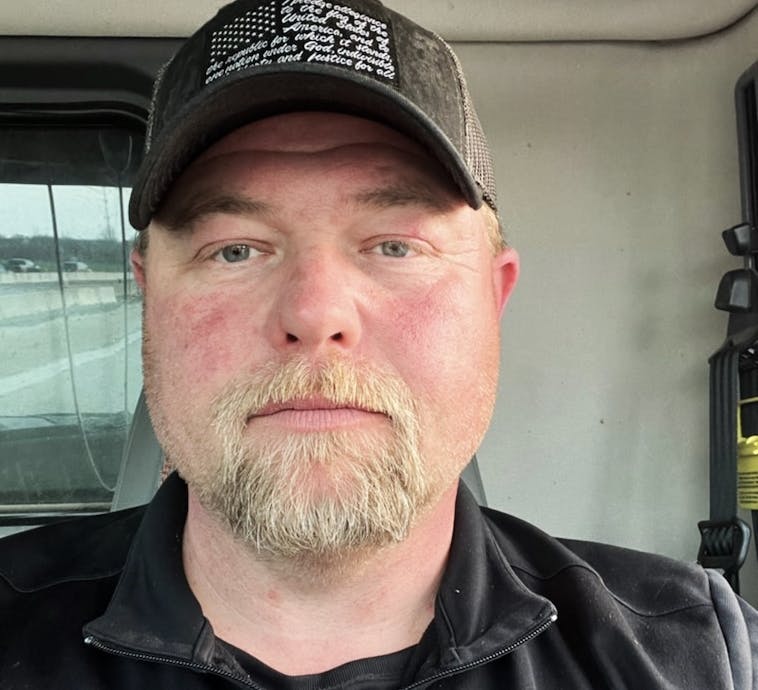 William “Porkchop” HoneyWilliam HoneyWilliam Honey and his act of bravery would become the stuff of local blue-collar legend. Members of the Laborers Local 120 chipped in and purchased him a gift card to Bass Pro Shops in gratitude for the lives he most likely saved. He was awarded a plaque at a ceremony attended by state dignitaries. A folk song was even commissioned by the Laborers union in his honor. Local news outlets were requesting interviews. At a certain point, though, he made it clear that “there isn’t a single Teamster on that jobsite who wouldn’t have done the same thing I did.”

Still, for the sake of safety, he graciously agreed to this interview.

These days, Porkchop has settled back into doing the work he loves. “This job,” he said. “I’ll never do anything else. I love the rumble of the motor, the smell of diesel, the traffic.”

But, storybook villains and sung heroism aside, from the vantage point of his dump truck, Honey still sees people putting themselves and construction workers at risk.

“I can look down in their vehicles and see people feeding their babies in the backseat,” he said. “I’ve seen them change their clothes. I’ve seen them having sexual intercourse. Ninety-eight to ninety-nine percent of them have their cellphones in their hands. You can see that thumb going back and forth.”

The sad irony of work zone safety, according to Brian Short, district committeeman of the Laborers union, is that “seventy-five to eighty percent of people who are injured in work zones are the motoring public.”

For Porkchop, the cause of work zone safety extends far beyond his own skin. “My daughter has followed me into the Teamsters. Her soon-to-be husband is a laborer on the ground. Not that anyone is going to listen, but our lives are worth no less than yours.”

Find all the installments in Long Haul Paul Marhoefer’s “Faces of the Road” series of profiles/oral histories via this link.