The labor shortage may be new to other industries, but construction and mining have struggled to attract skilled workers long before Covid-19, and it’s only getting worse.

Founded in 2017, Turner is a full-service provider in the mining sector with offices in Bloomington, Indiana, and Salt Lake City, Utah.

“We can’t keep moving around the same individuals in the space. We have to break that kind of cycle,” says Haun. “We do that through our nationwide reach on social media. That’s not hitting the 45-plus segment; it’s hitting mostly the sub-30 segment, which is basically new blood to the industry.”

Using a mix of old-school and new-school tactics, Turner is effectively recruiting new people into the industry, training them up and providing opportunities for growth, he says.

Use a variety of recruiting methods

Thanks to flashy videos and what Marketing Manager Sarah D’Amico describes as “Pit Viper bro culture” vibes, Turner’s presence on social media quickly exploded, gaining 60,000 followers on Instagram alone. And despite being a new company, social media enabled it to ramp up quickly.

While Turner peaked at over 300 employees in 2019, it currently has a staff of around 200. The downward trend is the result of a strategic shift from short-term aggregates projects to long-term metals and minerals mining contracts. Haun says that shift has been positive and has changed recruiting.

The company previously relied on its social media presence for nationwide recruiting. But as Turner has matured and evolved, it has added in “old school” recruiting methods, such as working with the local Chamber of Commerce, participating in career fairs and purchasing radio ads to build a workforce based closer to the project location.

“We were casting a wide hiring net, hiring people from California and then locating them in Michigan,” says D’Amico. “We’ll still do that, but this year especially, we’ve made a huge investment in local community development, and one way we do that is by hiring local people for our projects.”

Since shifting to more regional hiring, employee turnover has gone from about 50% to 15% per year, Haun notes. 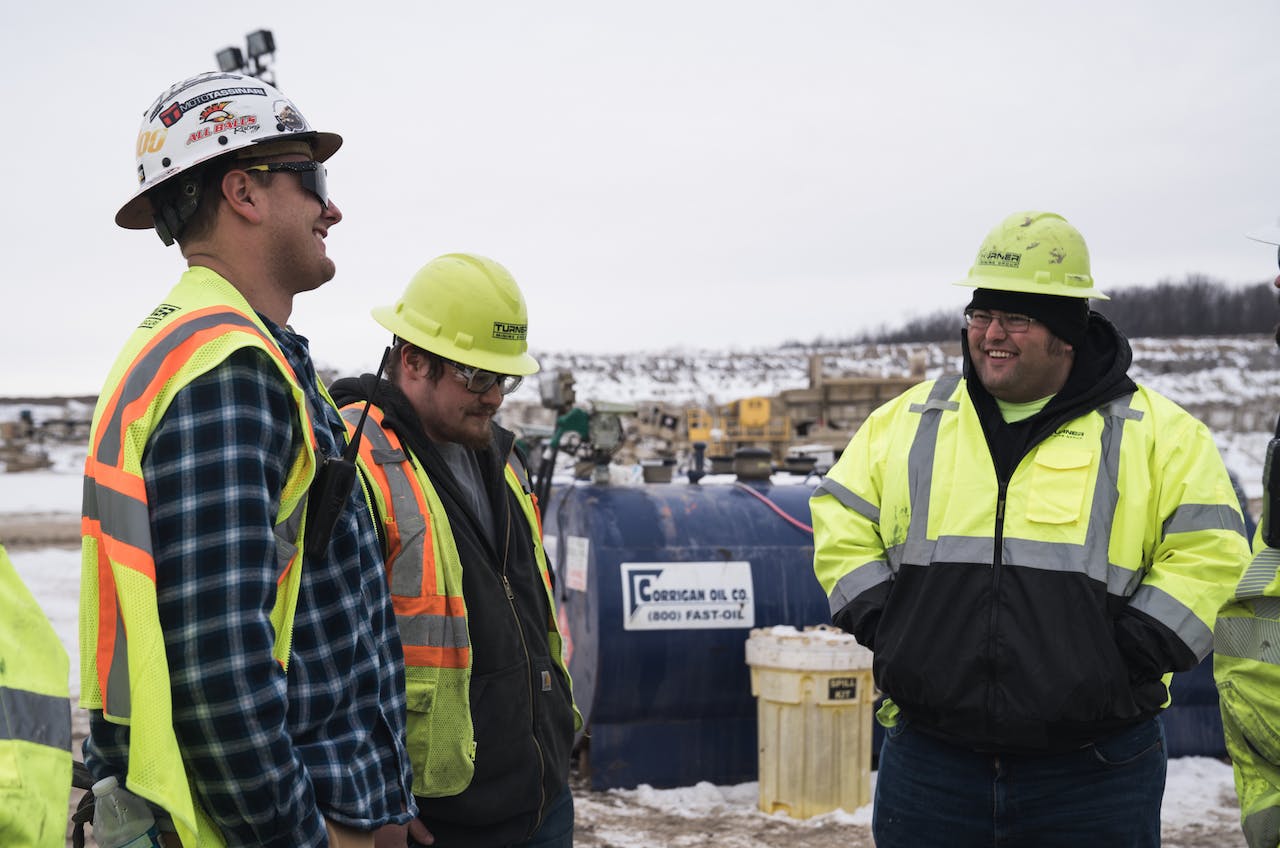 Hiring for values and culture

Embodying the culture of the organization, more than skill, is a critical trait for any new hire at Turner.

“Everything has to start with good people. They are the foundation of everything we do,” says D’Amico. “It doesn’t matter what you know or your certifications, if you’re not a good human, you’re not going to last long.”

To make sure prospective employees are a good cultural fit, Turner has exclusively used in-house recruiters.

“We get to know you from the start,” says D’Amico. “We tell you about our culture and we set the tone very quickly. It gives the audience a chance to know them, as well as their project managers and supers.”

Turner’s goal is to attract talent that has never considered the industry, make it appealing to them and offer them opportunities, because competition exists everywhere. Haun noted that even many leading tech firms have stopped requiring a college degree.

“We try to be very upfront about intentionally telling you what we’re going to offer you. It’s not for everybody, but if you’re interested in the industry and are the best player on the team, we’ll give you the mentorship and the training to move from being a haul truck driver to a dozer operator, or whatever that opportunity or promotion is.”

Having supervisors screen candidates has also helped weed out bad hires. That includes bringing project managers or superintendents to job fairs. “The best money you can spend is filtering upfront,” says Haun. “You run the right process and get the right leadership – it just changes the equation.”

Coaching the next generation

The young company has also invested heavily in its leadership team over the past two years, bringing on four industry veterans to head up operations, estimating and fleet management.

“You can see the transition that we’ve made,” says Haun. “We focused ops-heavy first and now we’re getting asset optimized. We want to make sure when we’re in these eight-year-long projects, that we’re not only doing all the operations right and the people game right, but we’re also doing the equipment right.”

Turner’s executive leadership team of industry veterans could work just about anywhere, but what they love about the company is the ability to mentor the next generation. “Expertise is extremely important to scale your business and run projects successfully, which is why we have invested in making sure we have the right leaders in place to help us train the next generation of miners,” says D’Amico.

And while the company has always touted giving young people a chance, it recognizes it is doing them a disservice if it occurs before they’re ready. “Coachability” is another trait Turner’s recruiters look for in field employees.

“These guys are ready to give you what they have,” says D’Amico. “That’s one thing that we intentionally sought when hiring senior leadership.”

Haun and D’Amico recognize that not every seasoned employee will want to mentor new hires, but they encourage others to keep looking for those “magical pairings.”

“It can just be that one right young person that can switch somebody’s perspective on the next generation,” says Haun. “You might have to go through one, two, three people to find that person, but you have to keep trying and keep trying on a personal level.”