Jason Rahn pulled up in the yard with a brand new dump truck and blew the horn.

His wife, Nicole Rahn, wasn’t sure what to think. The night before he told her he was quitting his job as a welder for a ship-loading company.

He had also been working jobs for the couple’s lawn care and residential site development business before going on his 3 p.m. to 11 p.m. shift each day. He needed $600 a week to make up for the lost wages.

Turns out, the impulse buy was a good one. They hired a driver, and it replaced the lost wages. It also freed up time to grow the business.

That was in 2009 and so began The McGraley Company in Springfield, Georgia.

Today, it has over 70 employees, $13 million to $15 million in revenue, and has built some profitable relationships after years of quality, dependable service. It has also diversified into landfill construction, industrial property maintenance and erosion control, and established dirt pits and a hauling business. It also does demolition and commercial earthwork and site prep. Along with being a finalist for Equipment World‘s 2022 Contractor of the Year Award, the company also won our 2022 Safety Award.

With Nicole handling the office and financial side of the business and Jason overseeing the projects, the couple worked out of their home in Springfield. They added a shop behind the house and parked their equipment on the two-acre lot.

Meanwhile, they had four daughters to raise. And they used the letters of their names to form the new name for their expanding company, which was growing beyond landscaping and residential work.

“So we made up a word and we re-created ourselves,” Jason says of The McGraley Company name. “It kind of covers everything that we do, and it give us plenty of room to add to it and grow.”

One of its biggest customers is Georgia Power’s Plant McIntosh, where it handles the company’s fly ash landfills and performs a variety of other projects.

Jason landed the work there by first mowing the grass on a one-time job.

“I started out there just mowing by myself,” he says. “And little things would come on. They would want to add a little rock in a road, and they would ask, ‘Are you interested?’”

“I’m interested in anything you’ve got,” he told them.

“There was nothing that they could throw at me that I would say, ‘No I’m not interested in that.’”

While at the plant, he noticed large contractors cleaning the ash ponds, making $1 million each pond.

He laughs as he recalls how he would tell Nicole, “I just want to clean one pond, and then we’re out.”

In all, McGraley has cleaned seven of Georgia Power’s ash ponds. They recently signed a new contract with the utility for five more years. 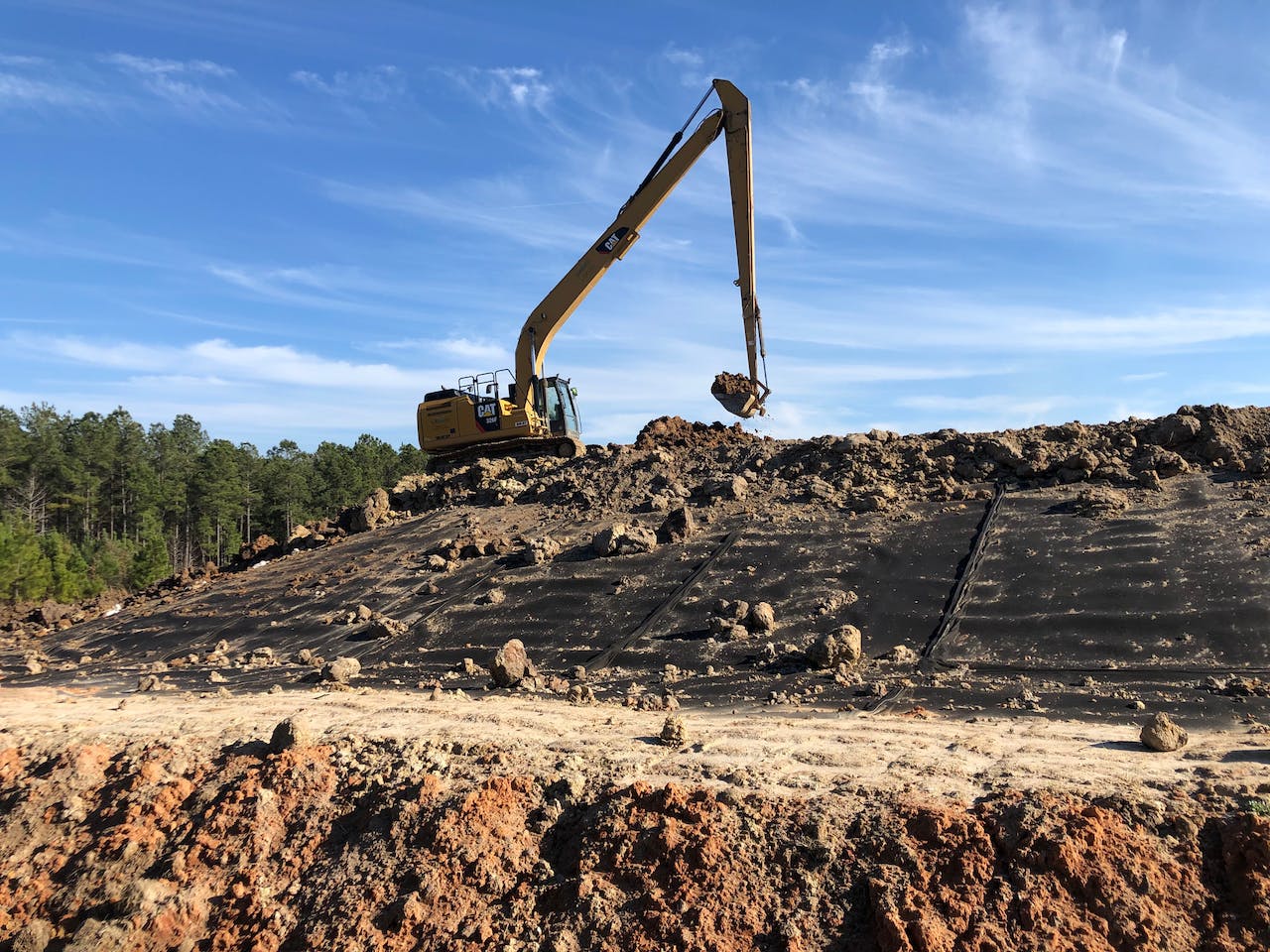 McGraley has won contracts with large industrial companies like Georgia Power, where it builds and closes landfill cells.Equipment WorldAnother opportunity came for McGraley when the couple got tired of waiting for contractors to plant grass on projects, or the work was poor quality.

So they bought a hydroseeder, which neither of them had ever used before.

“So I started looking it up, and some of it started making sense,” Jason says. “These people that you’re hiring, they’re not putting all the stuff in there that needs to be. They were cutting corners.”

He followed the instructions, and the company’s grass for erosion control to cover landfill cells was coming in thick, high and green.

“We could make grass grow on anything,” he says. “All you had to do was follow directions.”

Word spread about their abilities, and contractors began to request McGraley on their projects.

The company was also able to meet the high quality and environmental standards for Georgia Power and other industrial customers.

So they made sure the grass grew well and passed all of the tests.

Another frustration that turned into a profitable business for McGraley came in 2012 when they bought a dirt pit.

“It just seemed like when you needed a good dry load of dirt for your job, you couldn’t get it,” Jason recalls.

The property with the pit had been foreclosed on. The Rahns only wanted the dirt pit, but the bank refused to divide the property. They eventually decided to build their new headquarters, offices, maintenance shop and storage areas on the land.

The fuel truck couldn’t get down into the pit to fuel the pump, so Nicole and Jason would haul bucketfuls of fuel down the dirt hill in the night and at all hours to keep the pump running.

Now they have three fuel trucks with long reels, and they set the fuel tanks uphill and run the lines downhill, so they no longer need the pumps.

In selling the dirt, the Rahns keep their customers in mind, remembering how it was when they were in need. They produce several different types of dirt from the same pit, such as screened topsoil, hard pan and sandy fill.

“We probably spend a little bit more money on our process, but we’re giving the customer what they want,” Jason says.

They’ll also provide as little as half a truckload, which many larger companies won’t do.

“We learned that one load turns into 100,” Nicole says. “And then you get the presence in the community and people know.” 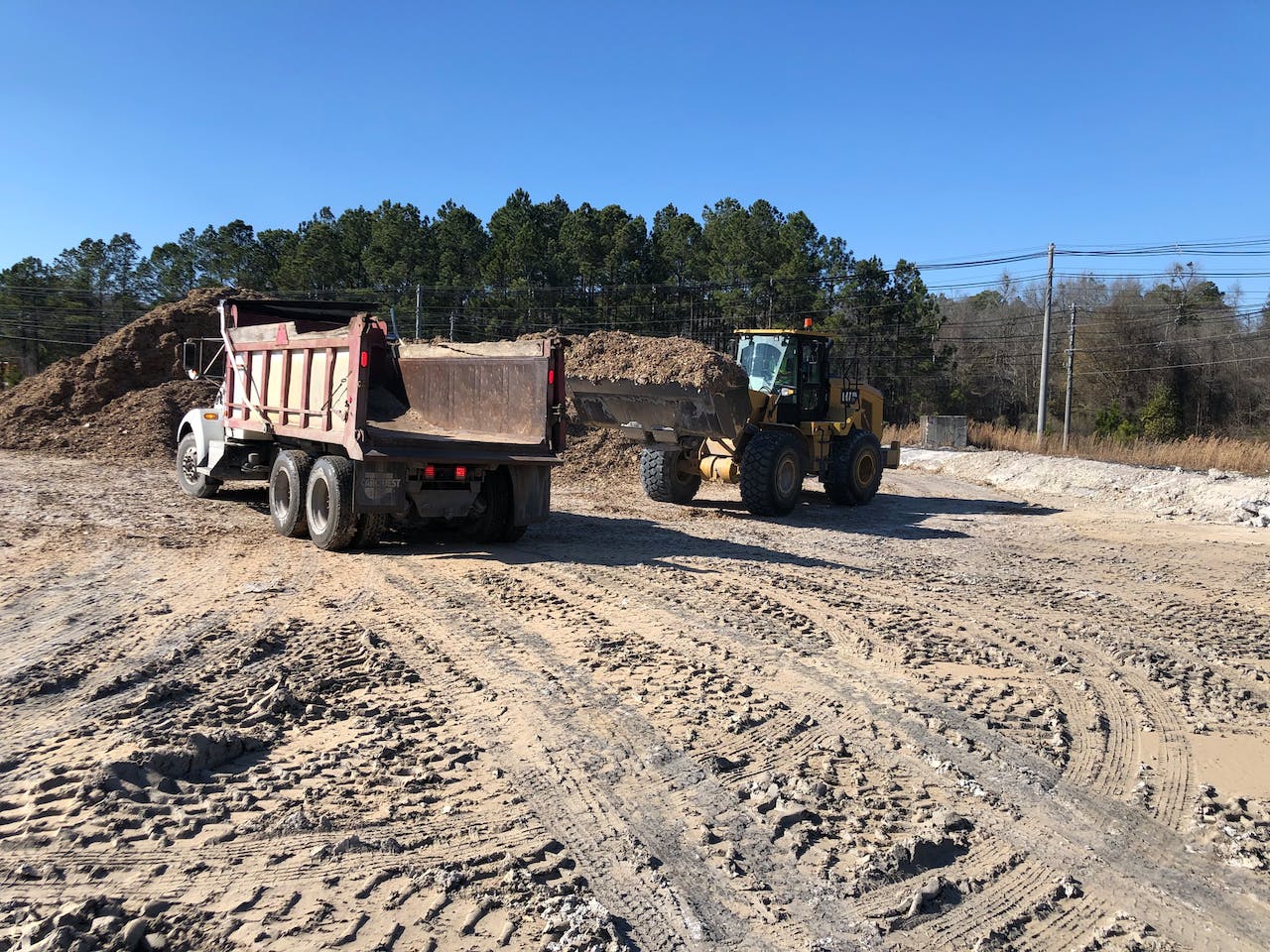 McGraley has also won a long-term contract at Georgia Pacific for property maintenance and handling its fly ash landfill.Equipment WorldAlong with developing strong customer relationships, McGraley has made some internal changes that have helped the company grow.

The biggest came when they hired a consultant about six years ago to go throughout the business and show how it could be more efficient and profitable. It required hearing some constructive criticism and being willing to change.

The result has been dramatic, says Nicole.

“He came in and taught me the financial side,” she says. “And that’s when we saw growth in our company.”

The consultant now comes in once a year for an evaluation and to offer suggestions. 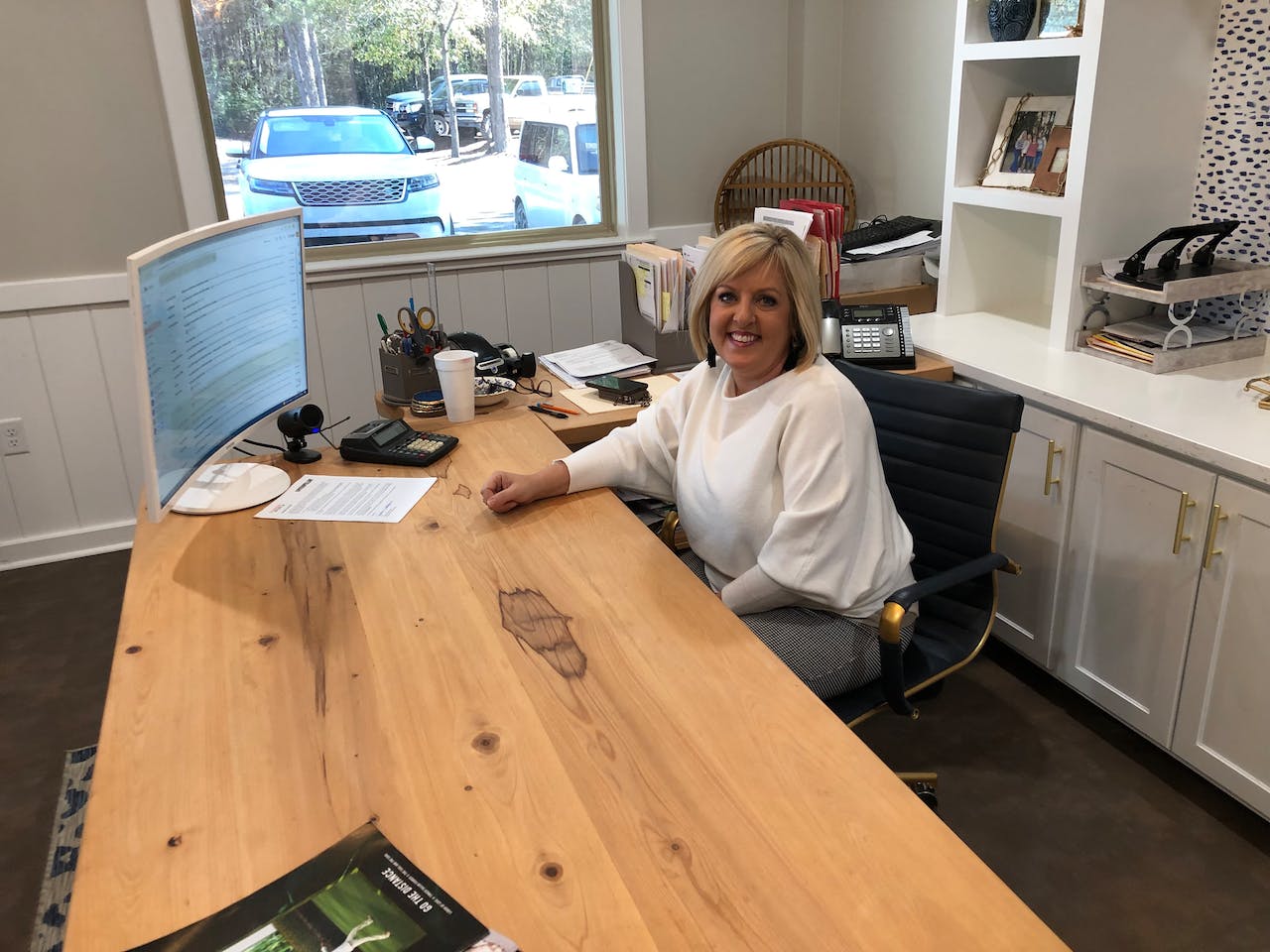 “I think people are proud to work with us,” says Nicole Rahn, owner of The McGraley Company, noting the company’s involvement in the community and its treatment of employees.Equipment WorldAnother big part of McGraley is its community involvement. The company gives generously to the Springfield area and has a reputation for helping folks in need.

“I love to give,” Nicole says. “It’s very, very rewarding to know that you are helping somebody.”

When they were starting out in business, Nicole and Jason talked about their goals and what they hoped they would achieve.

“We wanted to build a company …” Jason said.

“… that people were proud to work for,” added Nicole.

Along with supporting the community, McGraley has backed its employees and helped out in tough times. The company pays 100% of its employees’ health insurance, 100% for boot allowance, 50% for uniforms if employees want them, and it funds a 401(k) retirement plan.

When the pandemic began in March 2020, they gathered all of the company’s employees and made a commitment to them. They gave each one a $2 an hour raise, and they asked that the employees save the money in case times got tough.

“Everybody was scared,” Nicole recalls. “We need our employees to be committed to us. We’ve got to do something to secure this workforce, because we’re still committed to our customer. And so we came up with the commitment bonus.”

And when December 31 came, the company decided to make the raise a permanent one.

“They’re not a big company, but they’ve grown their business here locally and have a strong presence in this immediate area,” says William Mock, Georgia Power plant manager. “It’s tough work, especially right now, trying to find qualified operators, and they continue to do well. People see the value they put into each of their employees and the commitment they make to them.”

Nicole and Jason Rahn of The McGraley Company were a finalist in Equipment World’s 2022 Contractor of the Year program. The program recognizes contractors who display the highest standards of business acumen, equipment management expertise, attention to safety and community involvement. Each year, 12 finalists receive an expense-paid trip to Las Vegas to participate in roundtable discussions and an awards ceremony.

Nominations for the 2023 Contractor of the Year awards will open this fall. For more information, visit https://www.equipmentworld.com/contractor-of-the-year.