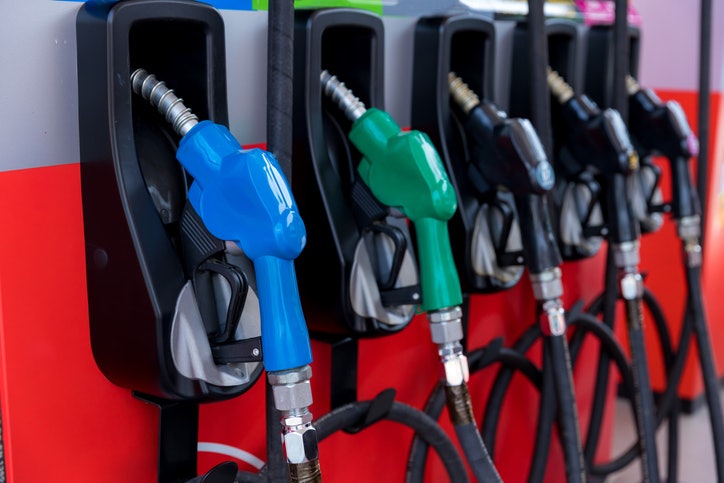 As gas prices continue to surge, so have the calls from federal and state political leaders to give drivers a break on fuel taxes.

On June 22, President Joe Biden joined the chorus and asked Congress to suspend the federal gas tax of 18.4 cents per gallon for three months. The holiday would also include diesel’s 24.4-cent tax. The measure is estimated to cost $10 billion, but it must first pass Congress.

Biden is calling for the revenue, which goes to the Highway Trust Fund for roads, bridges and transit projects, to be replaced with other federal revenue. He is also calling on states and local governments to enact similar gas tax suspensions.

But as federal and state gas taxes are the main fuel for building the country’s roads and bridges, some construction industry groups are urging that the funding stream keep flowing to make sure projects are not curtailed.

“Designed to curry favor with voters, gas tax suspensions put transportation projects at risk if the lost revenue is not backfilled from other sources,” says the American Road & Transportation Builders Association.

ARTBA has also conducted a study that found that gas tax holidays and suspensions provide little if any relief for motorists.

A Senate bill to suspend the federal gas tax caught the ire of the CEO of the Associated General Contractors back in February.

﻿“A recently introduced proposal to suspend the federal gas tax will likely have no impact on what motorists pay at the pump, but it will certainly make it harder for President Biden to keep his promise to fix roads and bridges that are in desperate need of improvement across the country,” wrote AGC CEO Stephen Sandherr. “That is because the irresponsible measure, if enacted, would leave a massive hole in the federal Highway Trust Fund, which is largely funded by the gas tax, that pays for federal investments in road, bridge and transit improvement projects.”

Another bill was recently introduced in the Senate to suspend the federal gas tax until the end of the year and make up the lost revenue with a tax on oil company profits. ARTBA, however, says the bill does not include language about the revenue going to the Highway Trust Fund.

Why a tax holiday?

The calls for fuel tax suspensions, or holidays, come amid the average per-gallon gas price rising to $4.955 as of June 22, according to AAA.

On-highway diesel prices have risen to $5.718 per gallon as of June 13, according to the U.S. Energy Information Administration.

The recent increases have come during Russia’s invasion of Ukraine.

Biden attributes his call for the tax holiday to “Putin’s Price Hike,” in which prices have gone up $2 per gallon since the Russian president began amassing troops on the Ukrainian border. Biden has since boosted oil and gas supplies by tapping the nation’s Strategic Petroleum Reserve to try to lower fuel prices, and he has urged oil companies and refiners to boost capacity.

Those in favor of a tax holiday see it as a way to give relief to the public, which is being hit with record-high inflation. Others fear it will reduce funding for drastically needed transportation infrastructure improvements. It’s also becoming a big political issue with general elections slated for November.

“With our deficit already down by a historic $1.6 trillion this year, the President believes that we can afford to suspend the gas tax to help consumers while using other revenues to make the Highway Trust Fund whole for the roughly $10 billion cost,” says a White House statement. “This is consistent with legislation proposed in the Senate and the House to advance a responsible gas tax holiday.”

Biden also does not believe the tax holiday will be the sole solution, but will give “breathing room” to American families as the war in Ukraine continues.

ARTBA and other opponents of the tax holidays, though, point to research that shows they have little effect for those filling up their tanks. ARTBA’s research concluded that the price of crude oil is the primary driver of pump prices, not fuel taxes. It determined that only about 18% of a gas-tax increase or decrease is felt at the pump.

Fuel taxes are imposed on producers, which then have the choice to pass on any relief or not to consumers.

“In the middle of the Russian invasion of Ukraine and record inflation along with high gas prices, efforts by federal and state lawmakers to bring relief to consumers are well-intentioned,” says ARTBA Chief Economist Dr. Alison Premo Black, a co-author of the study. “But they are ineffectual in the short-term, and they compromise revenues for transportation improvements in the long-term.”

What states are doing?

Some states have already taken the lead on suspending their fuel taxes or halting scheduled increases. But others have rejected or halted such measures because of the reduced revenue for transportation infrastructure projects.

Here’s a rundown on what some states have done:

Kentucky – Suspended a 2-cent-per-gallon increase that was scheduled for July 1.

Illinois – Postponed a 2.2-cent-per-gallon increase that was scheduled for July 1 until January 1.

New York – Suspended its 16-cent gas tax for rest of the year.

Florida – Suspended its 25-cent gas tax starting in October and will make up the $200 million in reduced revenue with federal stimulus money.

Maryland – Suspended its 36.1-cent gas tax in March but let it resume after 30 days. It also rejected calls to stop a gas tax increase set for July 1 because of the $200 million in revenues that would be lost for transportation infrastructure projects.

Nebraska – Gov. Pete Ricketts has rejected a holiday for the state’s 24.8-cent tax because of the lost revenue for roads and bridges.