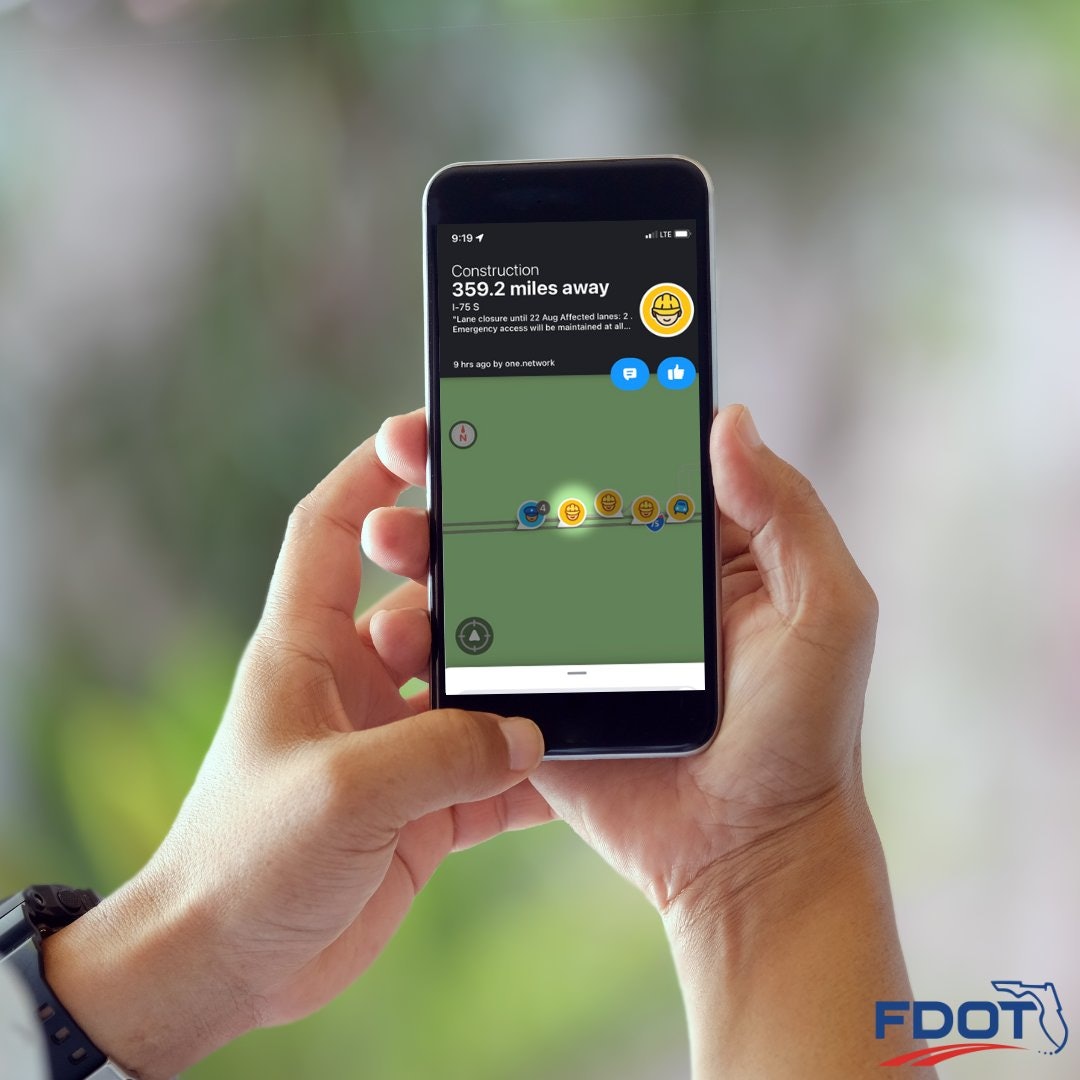 Florida is rolling out a first-in-the-nation lane-closure system to alert drivers of road and bridge construction zones to keep workers and drivers safer.

The new system sends real-time alerts to drivers through their navigation apps. The notifications will come the same way as drivers typically receive alerts on their apps for such things as traffic accidents or congestion, FDOT says.

The FDOT began testing the system in June and plans to roll it out as part of a one-year pilot program over the next three months. FDOT says the alerts over the system will be delivered to apps such as Google Maps, Waze, TomTom and Apple Maps as the mapping companies decide to use the feature.

FDOT expects the following benefits from the program:

The Florida Transportation Builders Association is another partner in the pilot program.

“This innovative real-time Lane Closure Notification System is the first of its kind in North America and will be essential for improving construction worker and motorist safety in work zones across Florida,” said Florida Department of Transportation Secretary Jared W. Perdue. “We appreciate the opportunity to be the first in the nation to utilize this state-of-the-art technology and look forward to further collaboration with our construction, maintenance and technology partners to advance FDOT’s safety goals.”