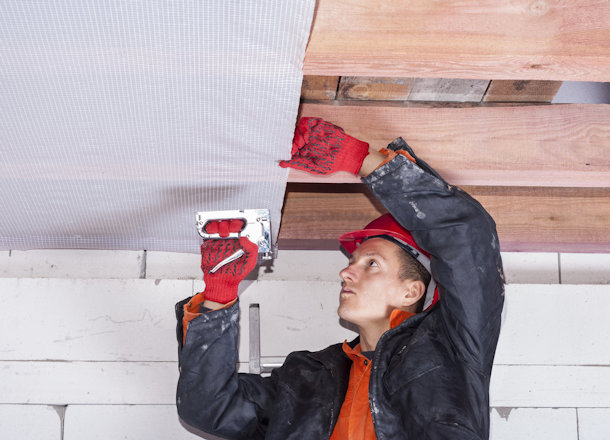 Vapor barriers are a confusing and often debated part of home construction. How can you make sense of all the factors involved?

Sometimes the process can be simplified by following local building codes, but sometimes you’ll have to figure out for yourself the best course of action for installation. Over the last several decades, construction methods and building materials have shifted quite a bit, which leads to changes in the way that vapor barriers are installed in modern homes, or if they’re installed at all.

Why Use Vapor Barriers?

Any unwanted moisture in a building can lead to a lot of damage, such as rotten wood, corrosion, mold, mildew, and insect infestations. The value of a home can be dramatically decreased with such problems, and repairs can be very expensive. A vapor barrier can greatly reduce the flow of moist air through the surfaces of the home, protecting the structure and its contents.

Some surfaces that can benefit from vapor barriers include:

Sometimes the use of vapor barriers is disputed. Although vapor barriers can definitely prevent a lot of problems in the right circumstances, their use can sometimes create additional complications if they aren’t used correctly, particularly in walls. In some climates, vapor barriers in the walls of a home can trap moisture in the insulation rather than prevent its spread. In those areas, the structure will benefit more if water vapor can move in either direction for the best chance of drying out.

Likewise, if moisture is collecting in a hot and humid attic, the problem may be better solved by ensuring proper ventilation (or sealing any air leaks, depending on the climate) and choosing insulation that doesn’t suffer from moisture.

You’ll want to be aware of any possible complications before deciding on a setup.

In a colder climate, the opposite strategy is used. Air inside the house is usually warmer, so vapor barriers should be placed on the inside wall to prevent warm moisture from traveling towards the cooler outside air and getting trapped in the insulation of the home.

In a very mild climate, it might be best not to use vapor barriers at all.

Do’s and Don’ts of Vapor Barriers

Despite the variable advice that you’ll get about vapor barriers, there are usually some rules of thumb that you can follow.

In the past, vapor barriers were usually made of polyethylene or foil, but modern alternatives can also be used. Many varieties of paint offer similar protections for the home and can be applied in place of a vapor barrier. You might also consider smart membranes, which form a tight barrier in low humidity situations, but open up and become more breathable in warm, high humidity weather. This type of barrier can be a great solution in mixed climates with hot summers and cold winters.

What’s your preferred way to control moisture in a home?