Departments of transportation around the country are racing to clear roads blocked because of snow and ice and wrecked vehicles. In some Southern states the road clearing has been occurring while crews also prepared for more snow and ice to come.

DOTs have been working 24 hours a day to plow and also spread salt and other ice- and snow-removers up and down the East Coast.

The Virginia Department of Transportation got the most national attention when Interstate 95 became blocked this week for 24 hours. To try to avoid a repeat of the incident with more snow on the way, the National Guard was deployed.

On Thursday, in preparation for more snow, VDOT had 89 pieces of heavy equipment and trucks loaded with plows and spreaders at the ready for I-95, as well as six towing crews. The equipment constantly circulated along the interstate and ramps during and after the storm, VDOT said. 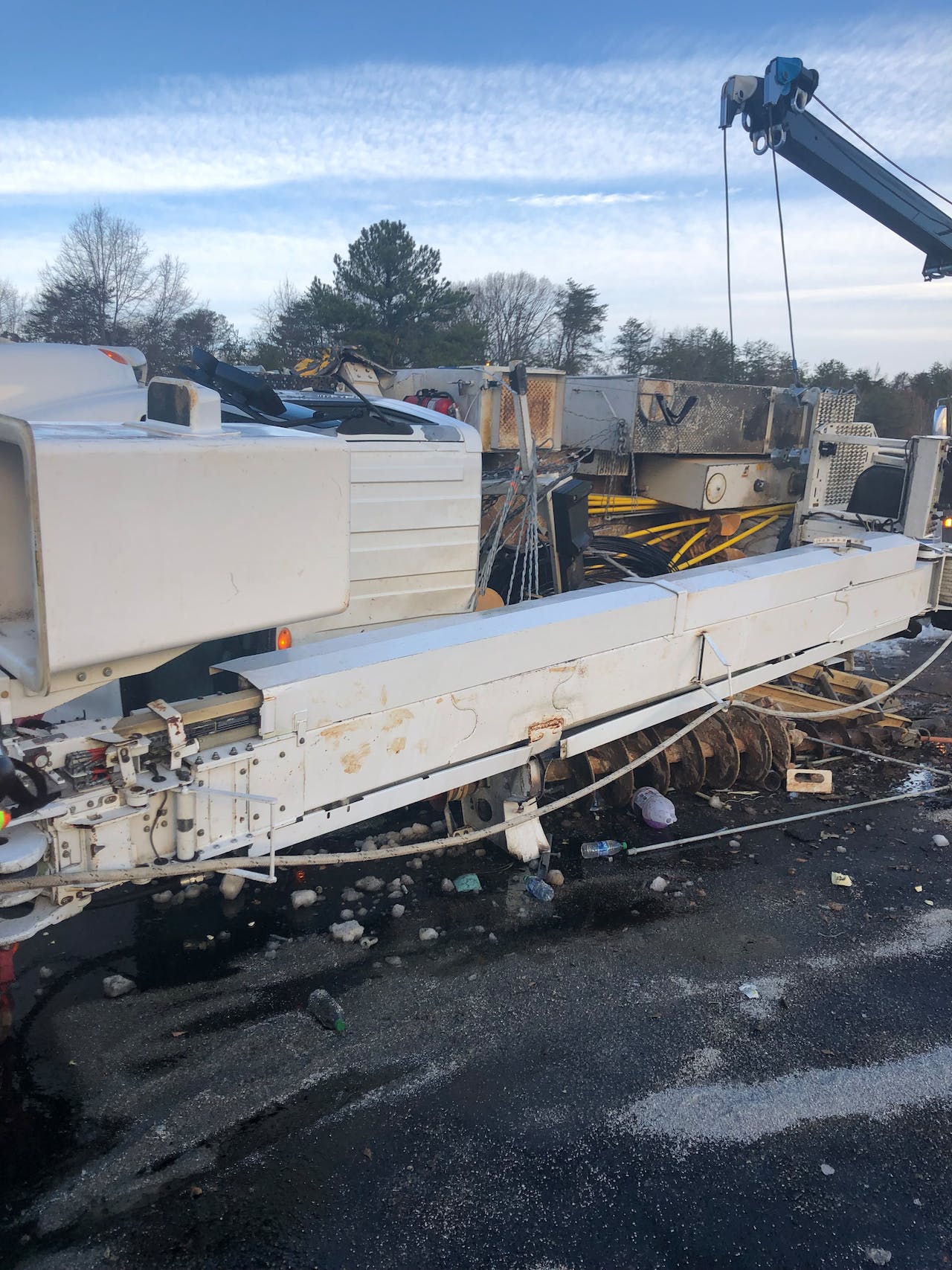 This crash on southbound I-95 Thursday in the aftermath of the winter storm caused a lengthy backup near Fredericksburg, Virginia.Virginia DOT FredericksburgVirginia first got slammed January 3 and spent the week trying to dig out as more snow arrived. “Crews continue to respond to the two inclement-weather events this week and are still clearing secondary roads in the Fredericksburg and Culpeper districts related to the Monday, Jan. 3 winter storm,” the VDOT reported Friday.

VDOT said it would continue to work 24 hours a day until all the roads were cleared. But it’s not been easy. In one incident on I-64, towing contractors worked all day to remove a tractor trailer that slid into a ditch. The 18-wheeler began to fall apart when crews attempted to tow it. Removing the pieces caused parts of the interstate to remain blocked for much of the day and night Thursday.

I-95 near Fredericksburg experienced a 5-mile backup through Thursday, as well, after a utility truck overturned. 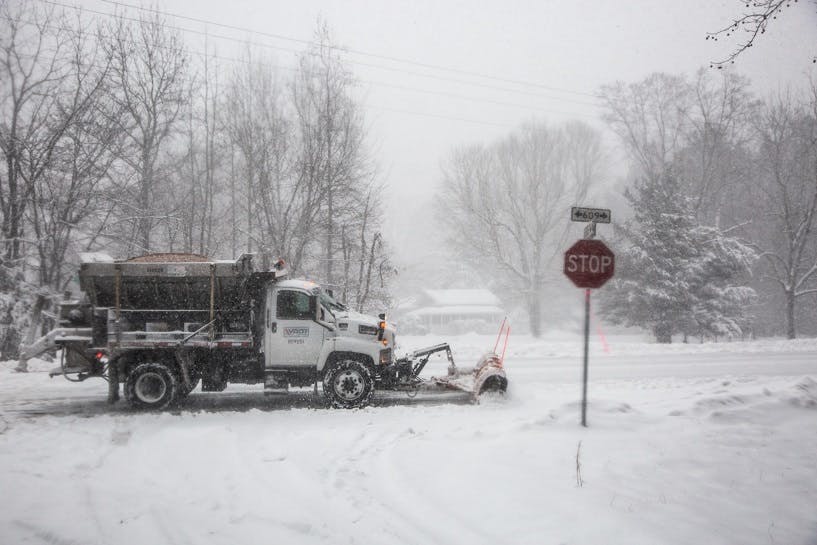 VDOT reported Friday morning that many subdivisions and secondary roads still had not been plowed following record snowfall.Virginia DOT FredericksburgVirginia’s governor declared a state of emergency as has Kentucky’s governor, which also deployed his state’s National Guard, as major highways and roads were closed. Single-digit temperatures forecast for Friday evening were expected to continue to cause problems clearing roads.

Closures included part of I-64 near Mount Sterling, where dozens of vehicles were involved in a pileup Thursday. A large pileup also occurred the same day in Elizabethtown on the Western Kentucky Parkway. Parts of Interstate 74 also closed.

“All roads in the district remain covered and slick until single-digit temperatures rise enough for treatments to work. Crews will continue plowing,” KYTC District 4 reported Friday morning. The district covers a north-central section of the state.

Northeastern states, including Connecticut, Massachusetts, Rhode Island and New York, also experienced moderate to heavy snow Friday, sending DOT crews scrambling to clear roads. Black ice is expected to be a problem for roads in the Northeast this weekend as temperatures plummet overnight. In all, the week’s storm extended from Tennessee to Maine.

Along with the difficult conditions, those working on and along snow- and ice-covered roads face many dangers, as can be seen by this harrowing video shot by a Wyoming state trooper responding to a crash January 5 on snow-covered Interstate 80: