Doosan Infracore says it has created a battery pack prototype for construction and agricultural equipment that it will use on the company’s anticipated release of a 1.7-ton DX17Z-5 electric excavator early next year.

(While it was showcased in the Doosan Infracore North America booth during 2020 ConExpo, Doosan sources say the DX17Z-5 won’t  make its way to North America until 2023. The company currently offers six compact excavators in North America, ranging from the 8,193-pound DX35-5 to the 18,960-pound DX85R-3.)

The battery packs will consist of battery modules and a battery management system and cooling system joined in a frame. Doosan says this development allows it to accelerate both its battery pack business and its own electrified products.

According to the company, its battery pack is flexible, using standardized cylindrical battery cells to match a machine’s voltage and capacity. The battery management system uses standardized designs so the packs can be configured with up to 32 modules “regardless of series or parallel,” says the firm. The battery cells are connected with a structural adhesive, and a wire bonding technology improves energy density and stability. 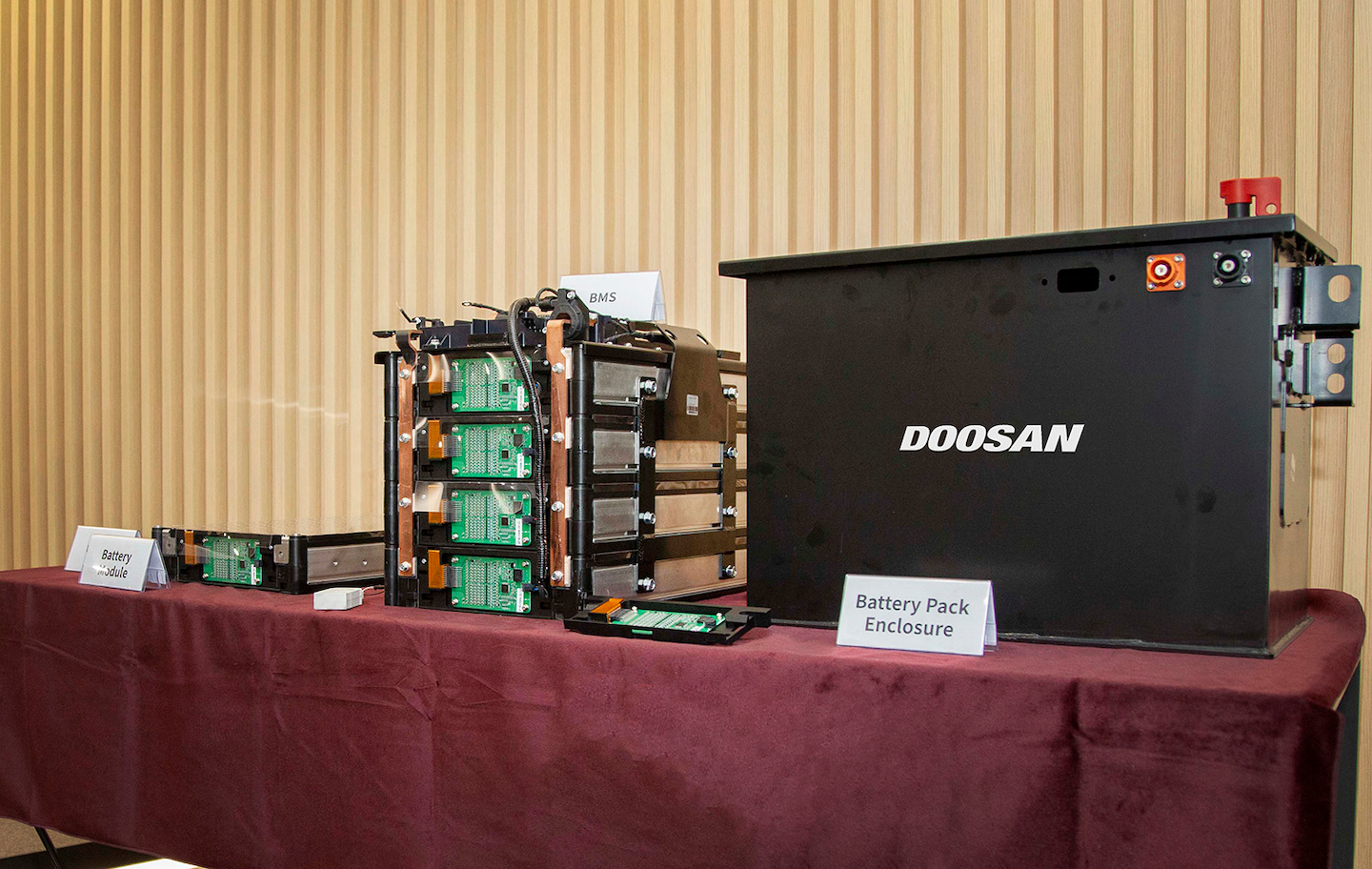 Earlier, Doosan Infracore announced the development of its Mild Hybrid Powertrain technology, which it views as an intermediate step between an internal combustion engine and electrification. This technology uses an electric motor and battery in a diesel engine, and the company says it “can improve fuel economy and output and reduce carbon emissions with strong startability.”

The company continues: “In the midst of a huge paradigm shift, we will accelerate the development of hybrid powertrain and electrification technology to establish ourselves as a global engine market leader.”

In other technology news, Doosan announced its Transparent Bucket, which will be available to North American customers this July.