At this point, Dodge Chief Economist Richard Branch is not forecasting a recession for 2022.

But he’s also not ruling it out.

In his mid-year update for Dodge Construction Network, Branch predicted 9% growth in the total dollar amount of construction starts for 2022. When factoring out inflation, the growth represents just 3% in real dollars.

Along with no recession, his new forecast assumes three factors:

The third assumption is the one that seems to be the most at risk to his forecast, he says. For that reason, he sees the probability of a recession in 2022 at 30% to 35%.

“So reasonably, uncomfortably high,” he said during a recent webinar.

And as the time frame increases so does the likelihood of recession.

“I would say the odds of a recession in the next 24 months are probably 45%,” he said. “So those numbers are rising as the days go on.” 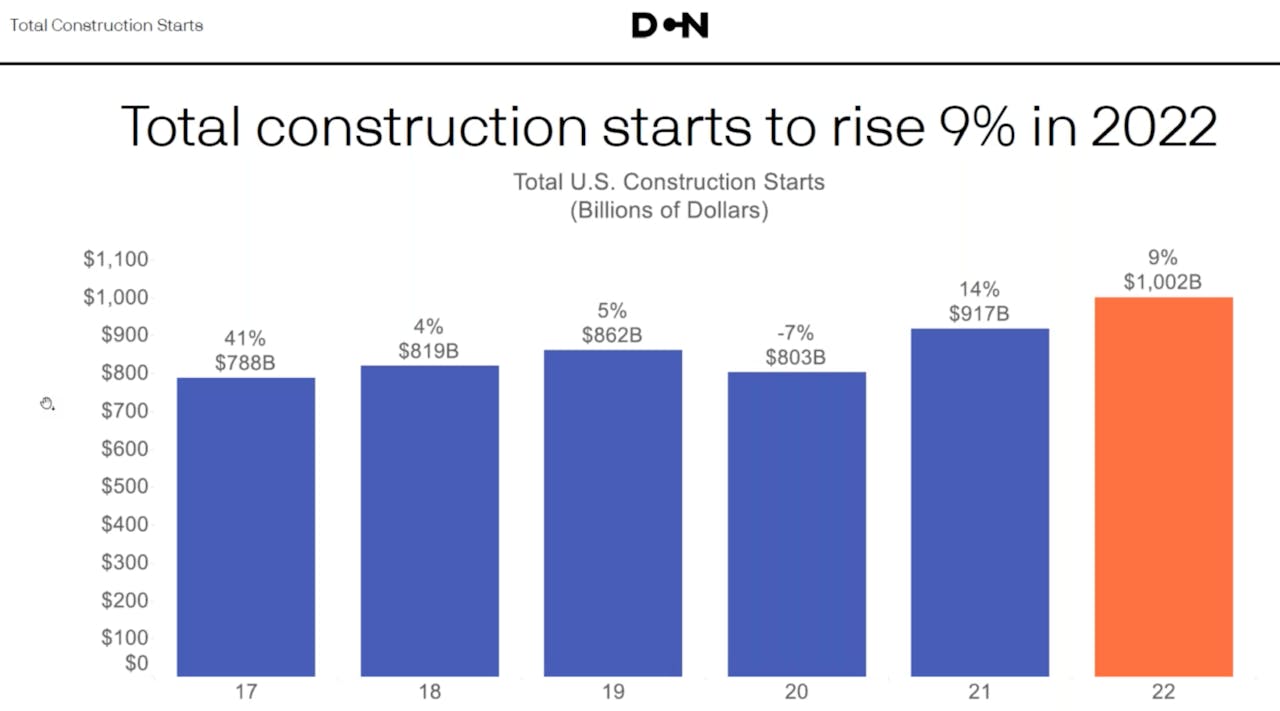 Despite the pitfalls, Branch remains optimistic about construction starts for this year.

“We actually feel reasonably positive about the trajectory for construction starts in 2022,” he said. “And most of that positivity is stemming from the projects entering the backlog.”

The April Dodge Momentum Index was just 5% shy of its all-time high set in 2021, and the index is at a 13- to 14-year high for commercial and institutional construction sectors. The index measures the total dollar amount of nonresidential projects in early planning stages.

The index “has posted some pretty steady rising trends here over the last year to year-and-a-half,” he said. “… So that’s certainly reassuring in the sense that there are projects sitting there ready to break ground or working their way through the planning process.” 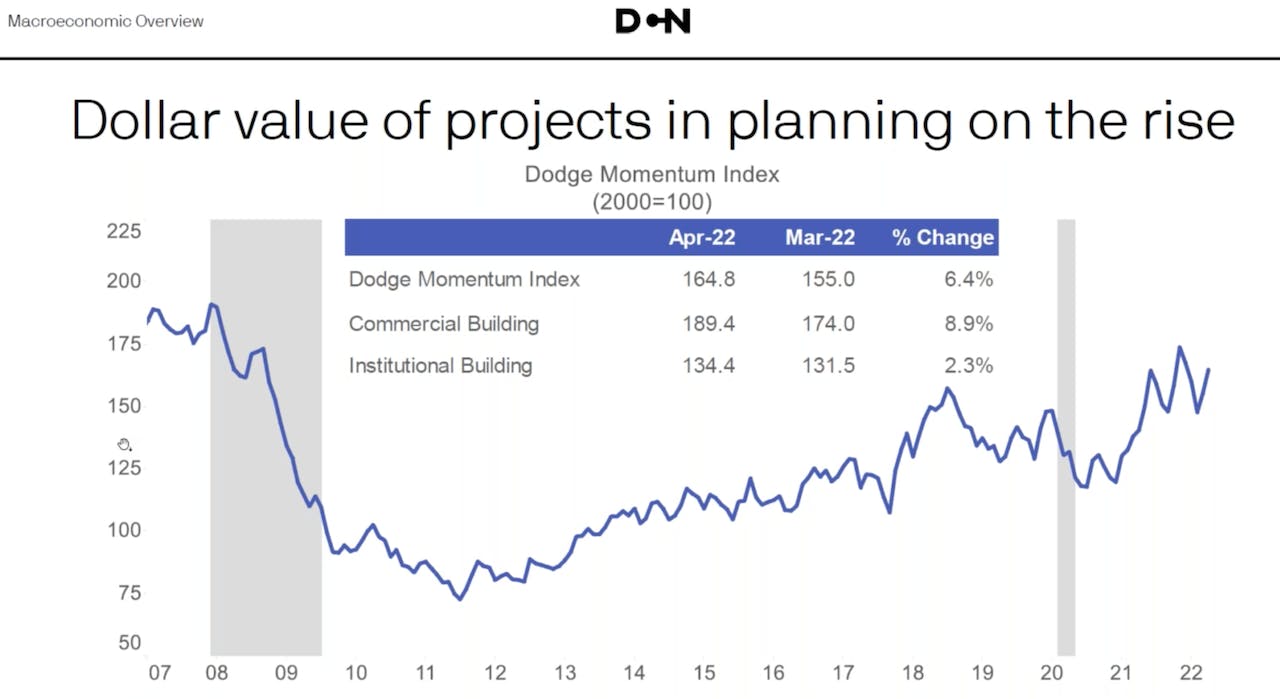 When will material prices come down?

Material shortages and price increases, rising interest rates and the labor shortage, however, are dampening that positive outlook. Material prices are starting to come down somewhat; however, there is a lag in when lower material prices will affect bidding. So he expects bid prices to continue to move higher through the end of this year even as material prices drop.

“The good news though,” he says, “is I do think we will see those pricing pressures ease by the end of this year and into early 2023.”

As to the labor shortage, he says, there is no relief in sight to what has been a systemic problem for the construction industry for years and will affect growth for years to come.

The cumulative effect of rising prices and a shrinking labor force is causing projects to be delayed. He noted that projects in the Dodge index are taking nine months or longer than before the pandemic to get from planning to groundbreaking.

“All those projects coming into the Dodge Momentum Index now are very unlikely to break ground this year,” he said. “… That means that the recovery here in 2022 will certainly be somewhat muted relative to the kind of growth that we saw In 2021.” 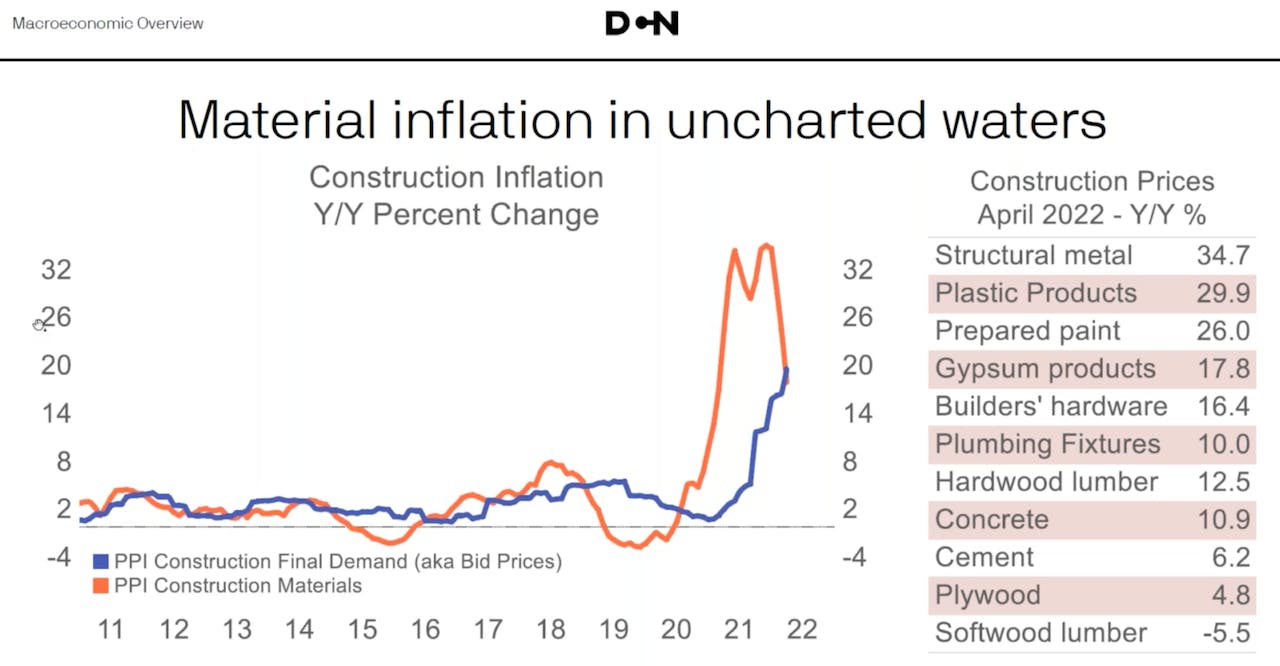 What if a recession hits?

If a recession were to hit this year, Branch forecasts it would significantly cut growth in nonresidential construction starts. In terms of total square-footage, growth would drop down to a 2% increase from a baseline increase of 6%. (He chose to use square-footage rather than dollar amounts to factor out inflation from the forecast.)

If recession spreads into mid-2023, it could lead to a double-digit decline in nonresidential building starts, he added.

Markets most at risk in that scenario are offices, warehouses and hotels. Markets with the smallest risk are education, transportation and healthcare.

What the charts say

Note: All of the charts, except residential, are in dollar amounts that include inflation. 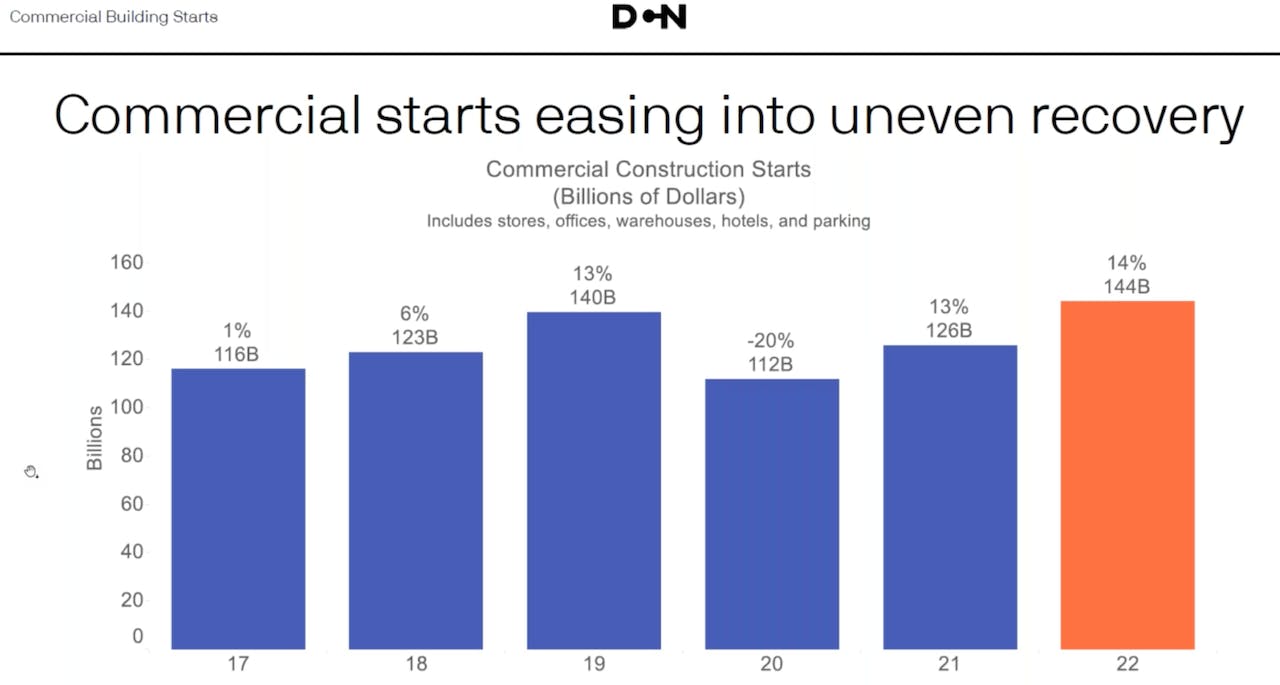 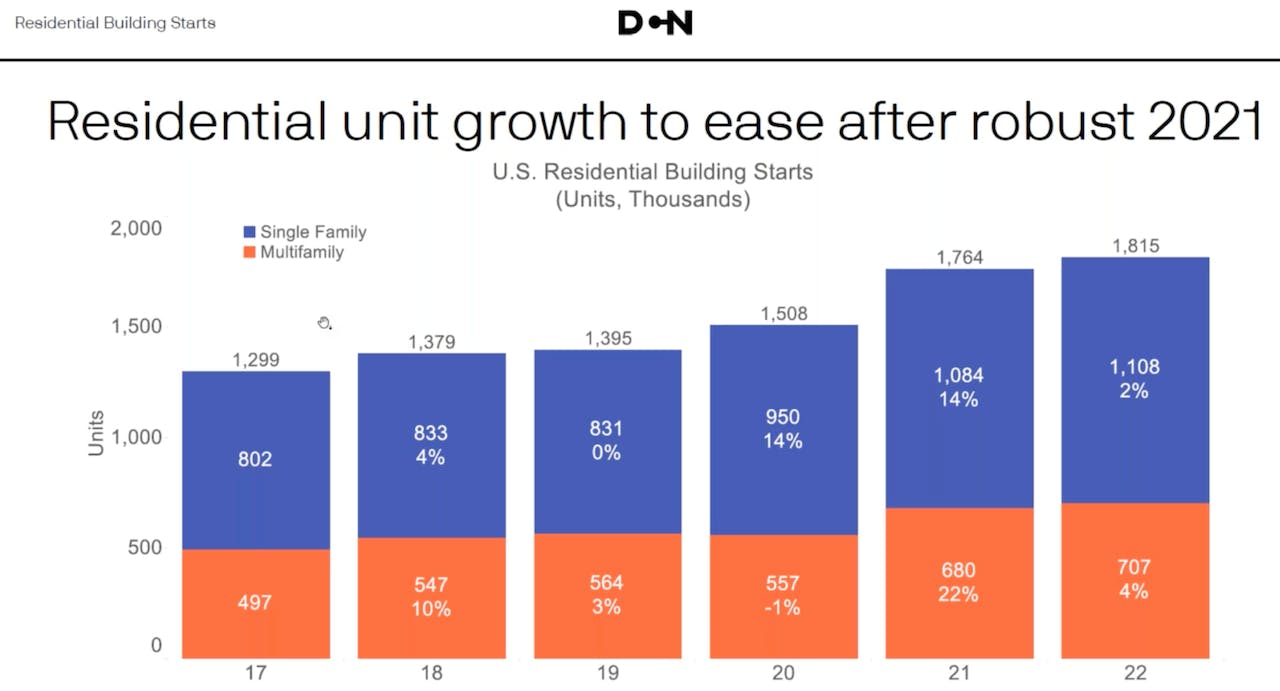 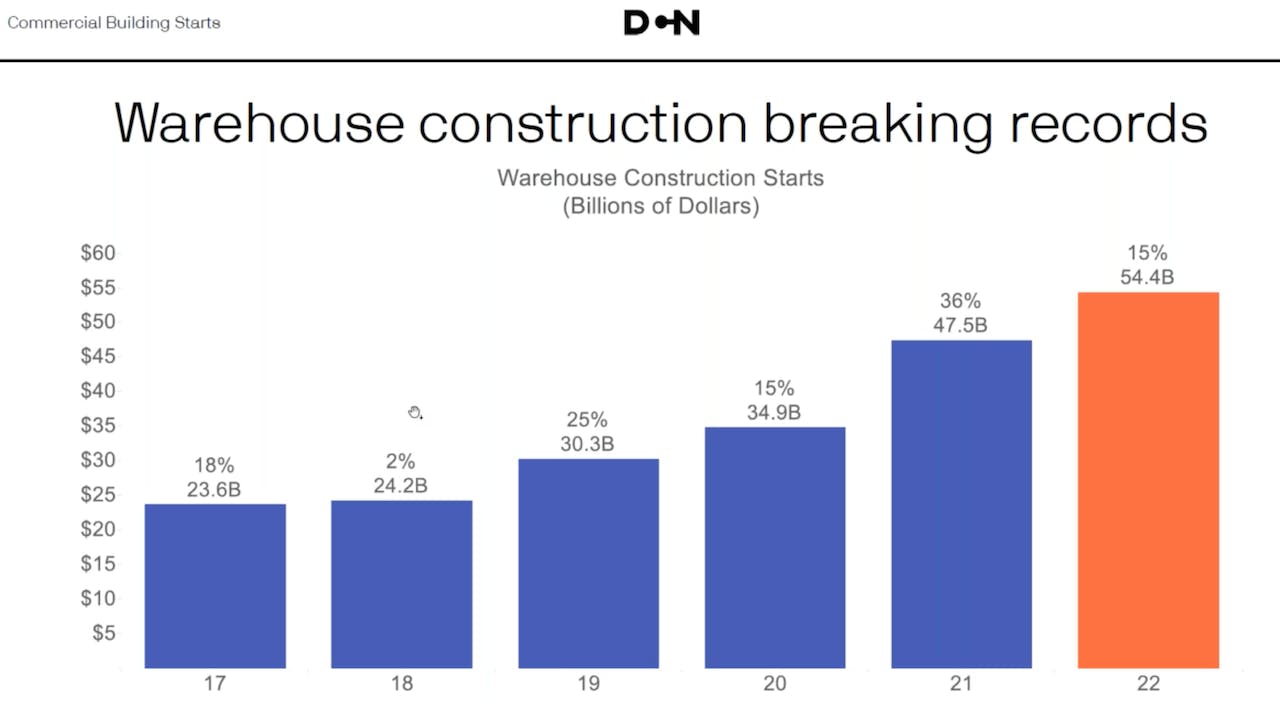 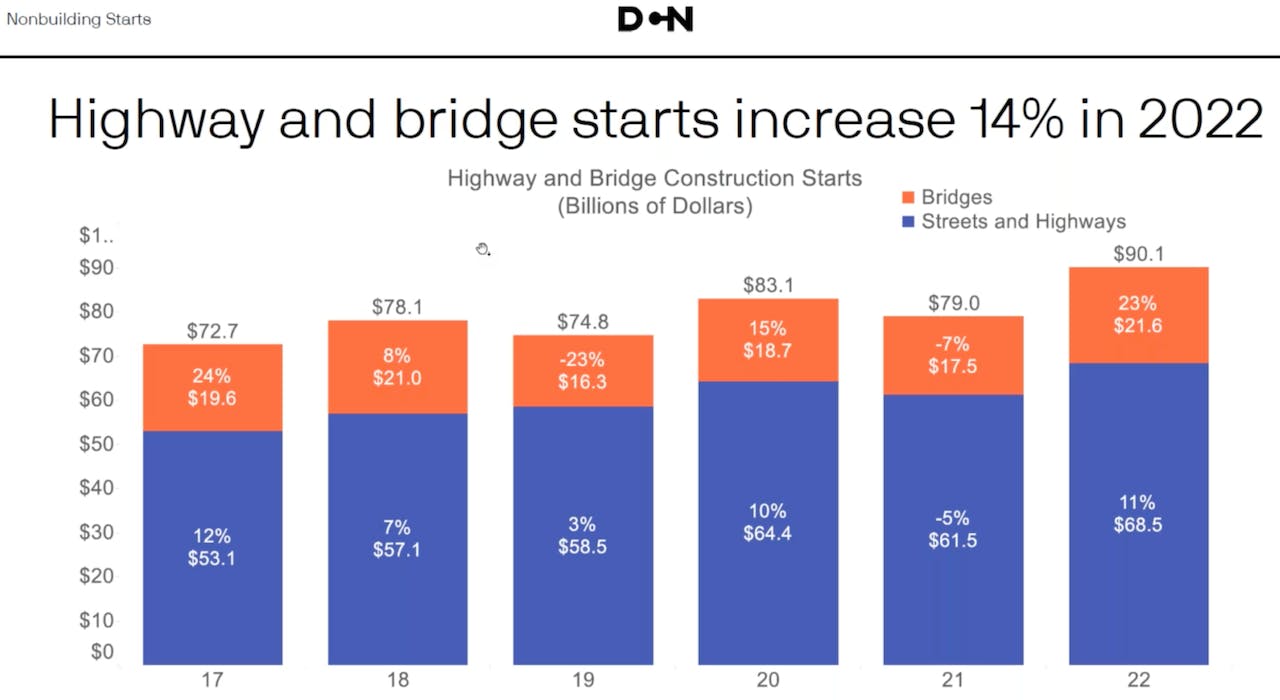 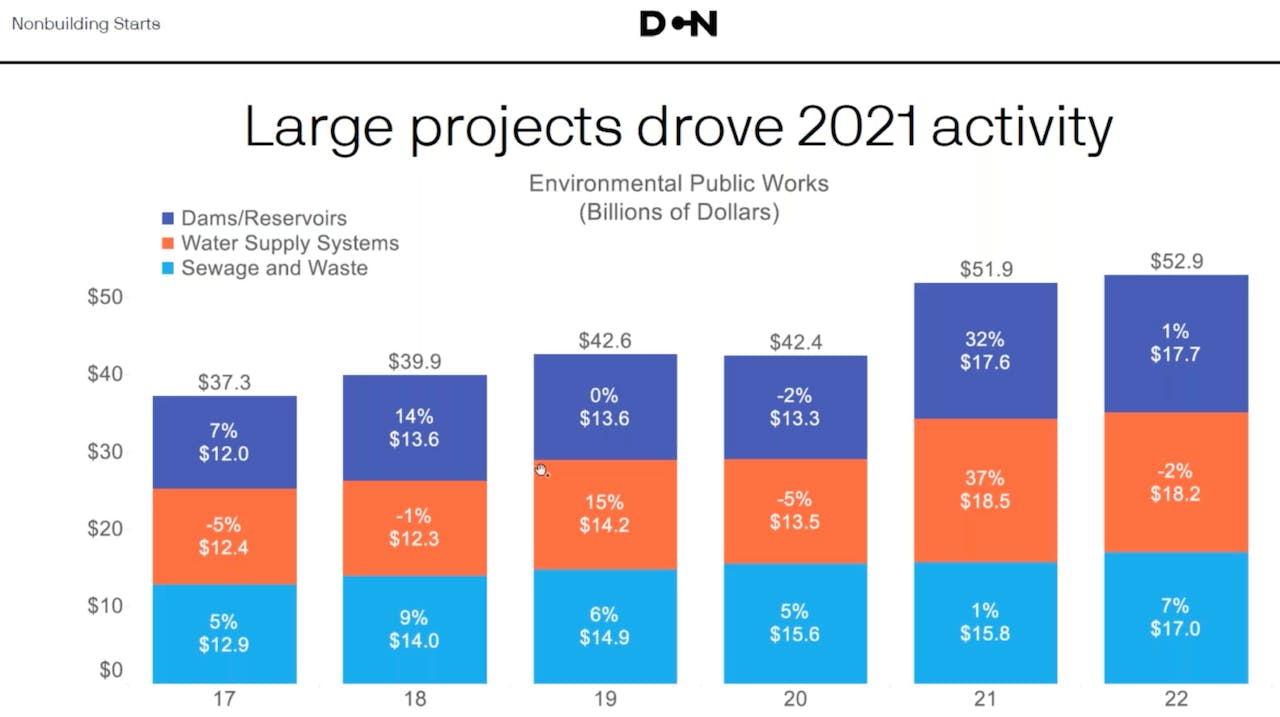 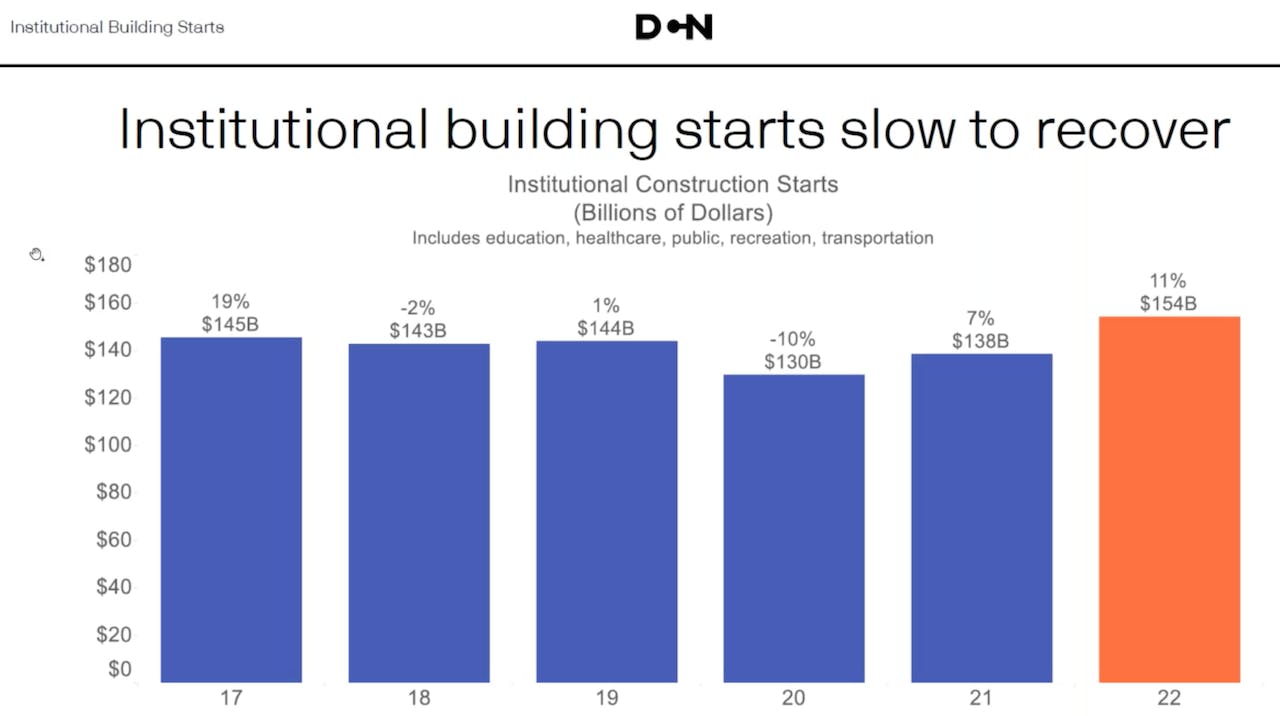 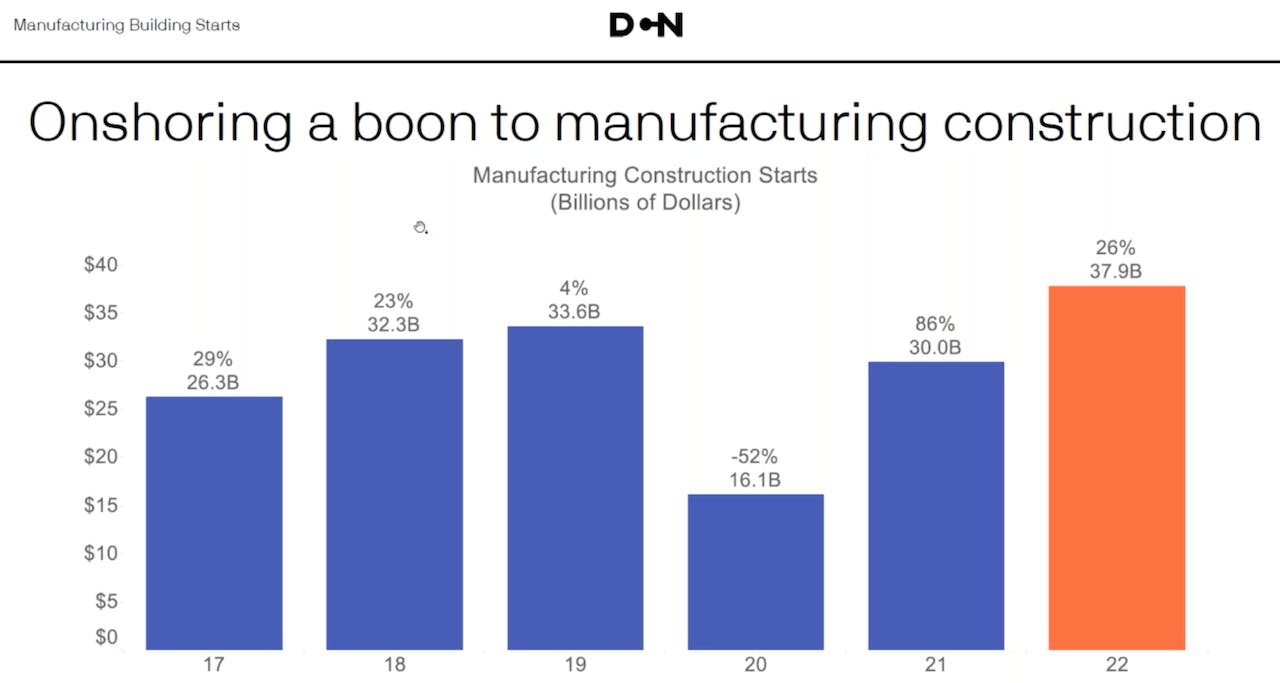 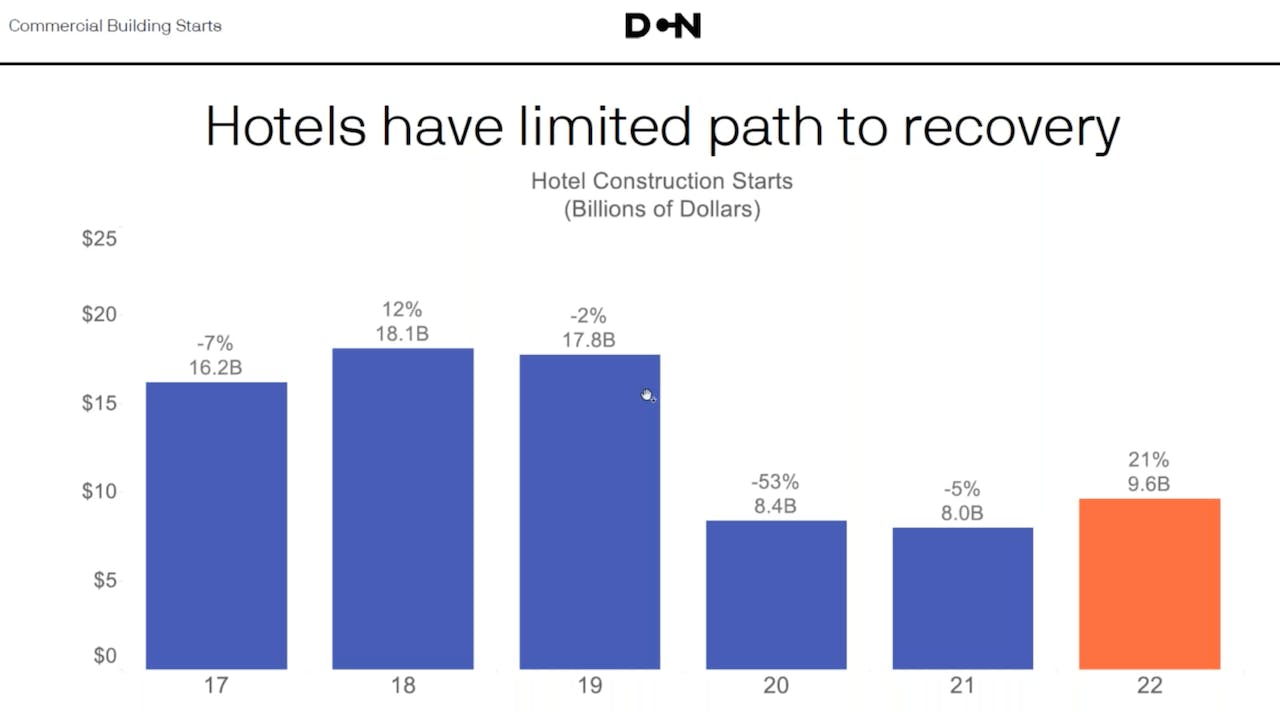 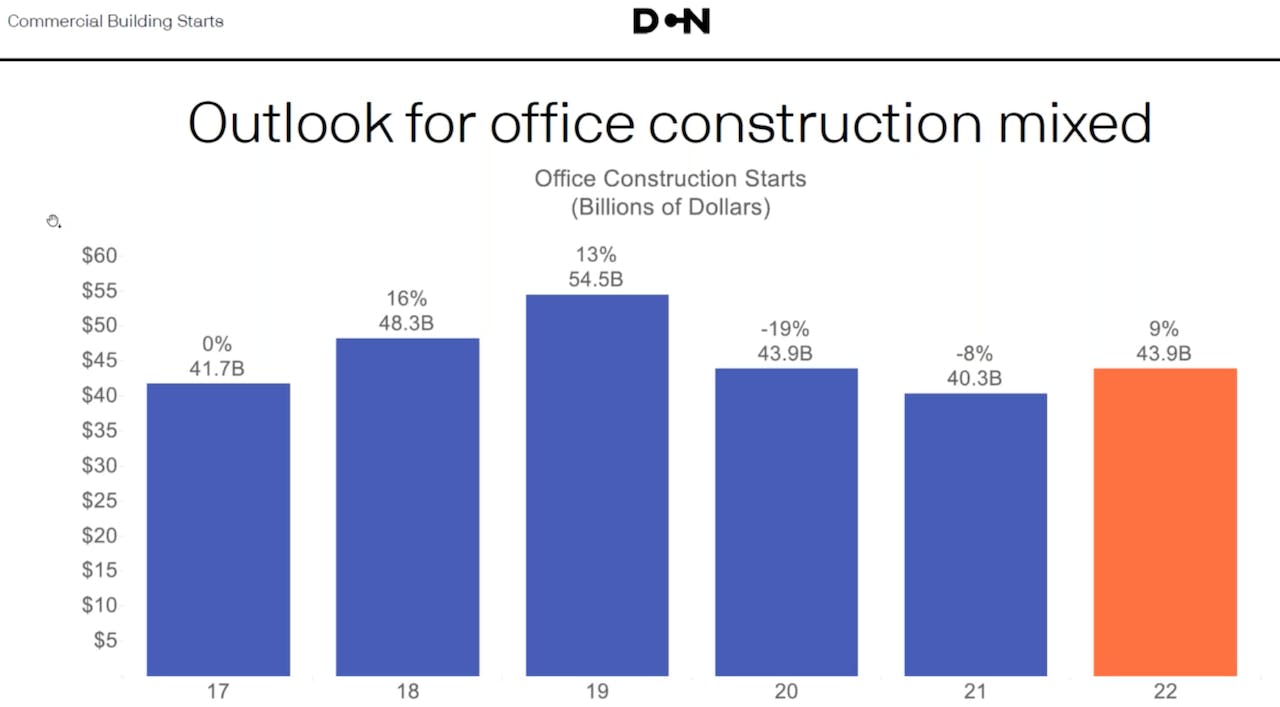 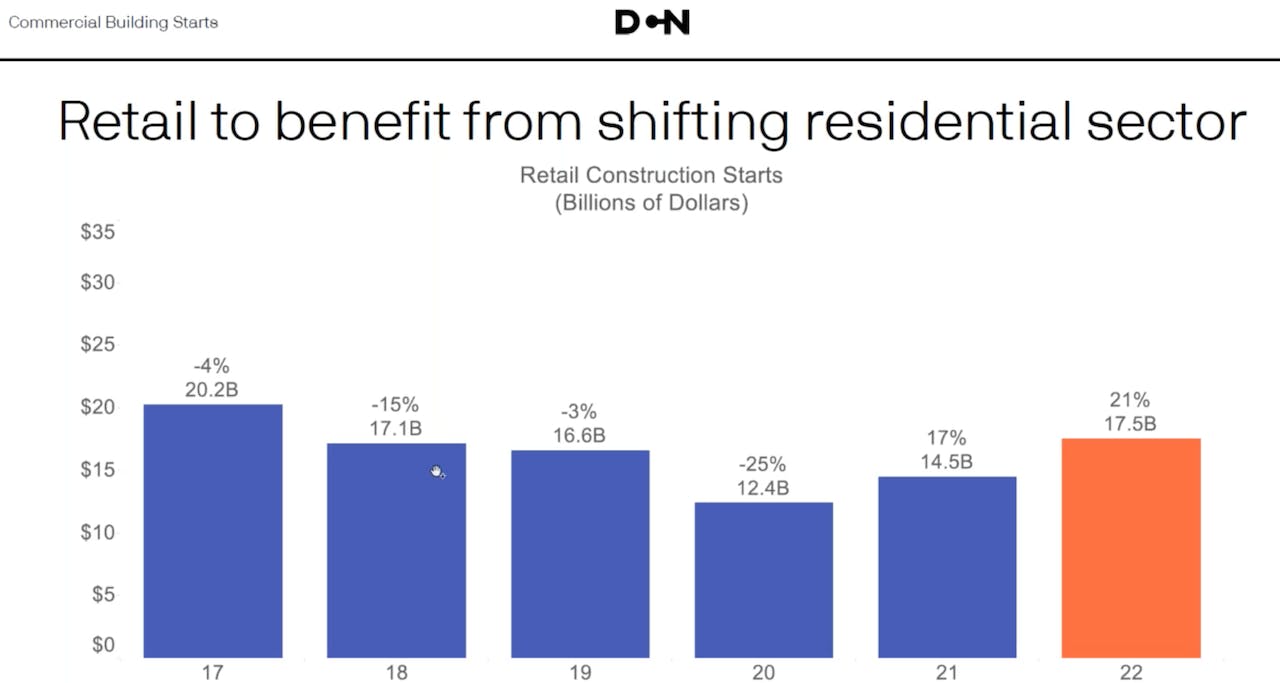