The “Mile High Shift” has been completed in Denver, sending up to 200,000 drivers 30 feet underground on the Interstate 70 freeway.

Now, the $1.2 billion project to expand and upgrade the dangerous and deteriorated highway section involves demolishing a 57-year-old viaduct that split neighborhoods during the 1960s when the freeway was built. The Central 70 Project will reconstruct a 10-mile stretch of I-70 between Brighton Boulevard and Chambers Road, adding one new toll Express Lane in each direction. It is the largest project in the history of the Colorado Department of Transportation.

To replace the 1.2-mile viaduct, which could no longer accommodate the 200,000 vehicles a day that traveled it, and try to reconnect the Elyria-Swansea neighborhoods in eastern Denver, the CDOT decided to send traffic down into a lowered section beneath overpasses and a covered section. The project will also involve building a 4-acre park on the covered section, along with sidewalks and bridges designed to reconnect the neighborhoods. To prevent flooding, an impervious liner beneath the park and above the concrete bridge deck will send drainage to pipes and eventually to a pump station. 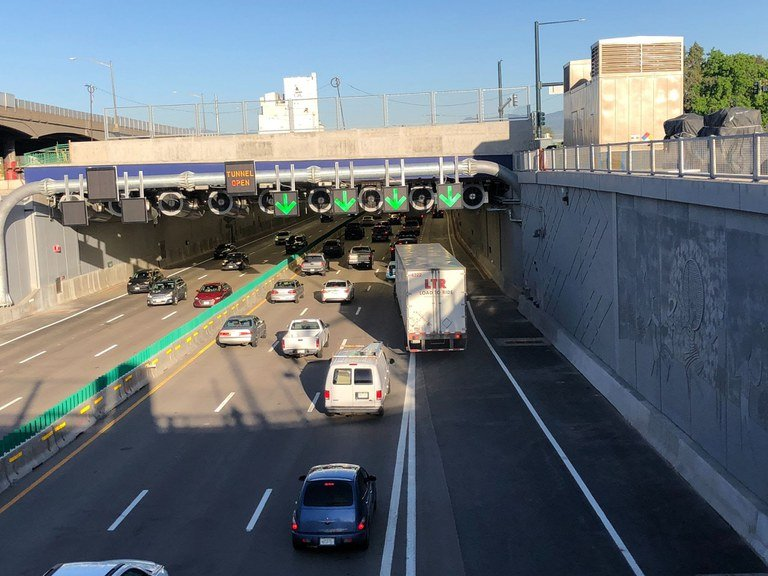 Drivers enter new underground lanes on I-70 in Denver following the “Mile High Shift.”Colorado DOTThe lowered lanes gradually descend 30 feet between Colorado and Brighton boulevards. The lanes are lighted with more than 1,700 LED lights under the covered section.

Crews worked around the clock during the weekend of May 21-23 to open the six new underground lanes of I-70. Those six lanes will replace the six east and west lanes that once traveled the viaduct. After the remaining six underground lanes are built, which will serve eastbound travelers, the current lanes will then become westbound lanes.

“We are incredibly proud of everything our crews have accomplished since groundbreaking in August 2018 and over the weekend to make this historical shift happen,” said CDOT Project Director Bob Hays.

The viaduct demolition is expected to take five months, and the new eastbound underground lanes will be built once it is gone, according to CDOT. “The viaduct will be demolished in sections primarily during daytime hours using excavators, crushers and concrete grinders,” the agency says.

“The viaduct demolition represents Denver’s incredible growth over the past six decades,” said Hays. “This demolition is a major transportation milestone, but also a moment to pause and reflect on how the Denver metro area has evolved since the 1960s.” 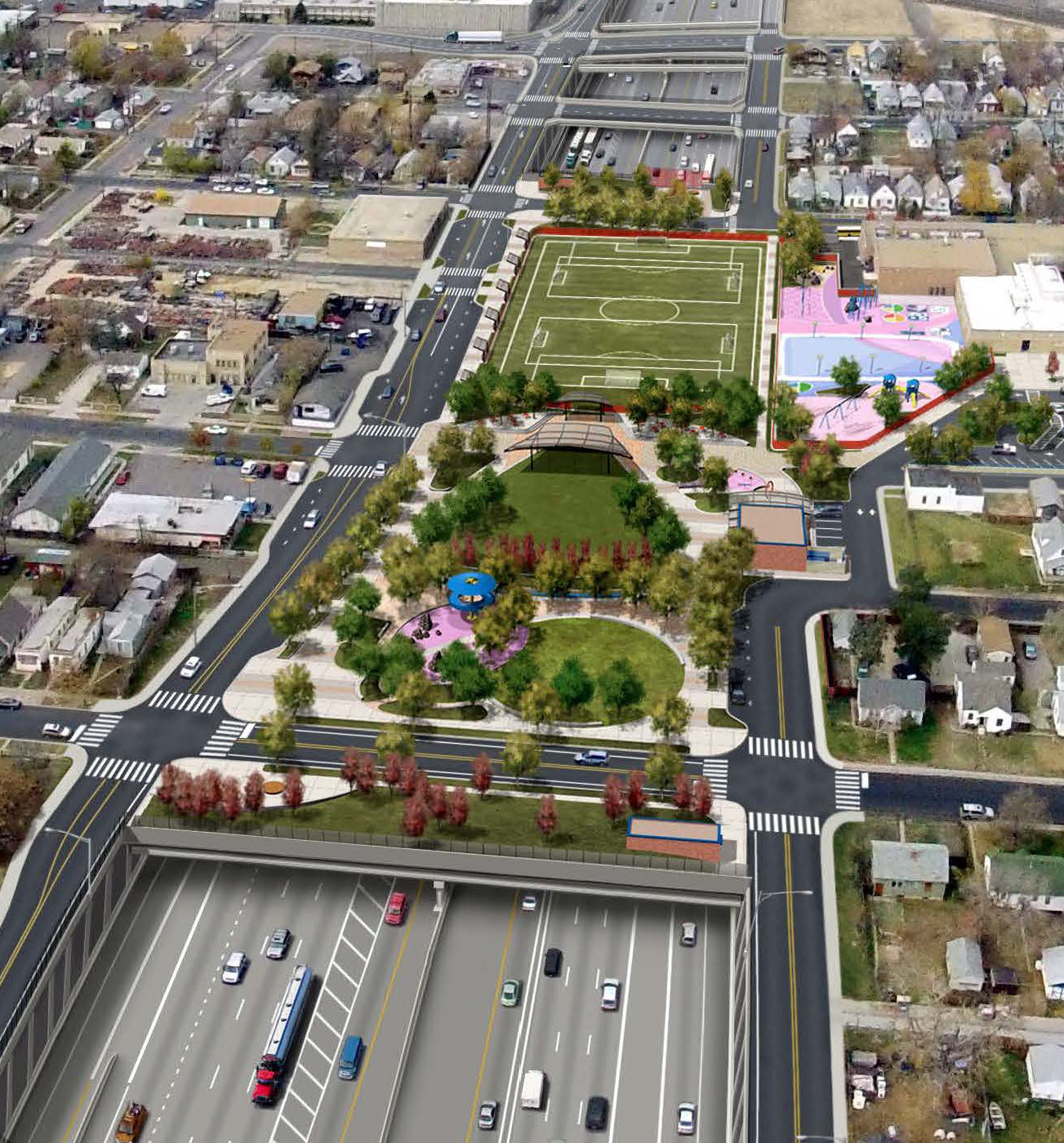 This rendering shows the future park that will span a covering over new underground lanes on I-70 in Denver. The park is designed to help reconnect neighborhoods split in the 1960s by the freeway’s construction.Colorado DOTCDOT says the viaduct demolition process will be similar to the one the Washington State Department of Transportation followed for demolishing the Alaskan Way Viaduct, by seeking to prevent harm to the environment and nearby buildings and homes. Nets and sound curtains are installed along property lines, and air monitors are used to make sure dust remains within OSHA’s guidelines, according to the agency. Water will be sprayed to keep dust levels down, CDOT says, and monitors will be used to keep noise within allowable limits.

Vibration monitors will “ensure demolition activities do not go beyond baseline vibration thresholds,” the agency says. “The demolition will also implement a contaminated-material removal process to properly break down and dispose of materials that cannot be reused elsewhere.”

The current highway configuration is expected to be in place for 18 months until the other six lanes are constructed. The entire project will be completed in late 2022, according to CDOT.

Check out CDOT’s video of a flyover animation of the future rebuilt I-70 section: