Inspectors called for an emergency shutdown May 11 of a major Mississippi River bridge in Memphis, Tennessee, after a crack was found on a steal beam.

The Tennessee and Arkansas departments of transportation are assessing the damage along with engineering firms to determine the needed repairs and when the I-40 Hernando de Soto Bridge could be reopened.

“This fracture had the potential of becoming a catastrophic event that was prevented by our staff’s diligent effort in managing our bridge inspection program,” said Arkansas DOT Director Lorie Tudor. The DOT’s last inspection, in September 2020, “did not reveal any structural deficiencies,” ARDOT says.

Steve Frisbee, ARDOT assistant chief engineer of operations, said, “The fracture is a result of wear-and-tear.” 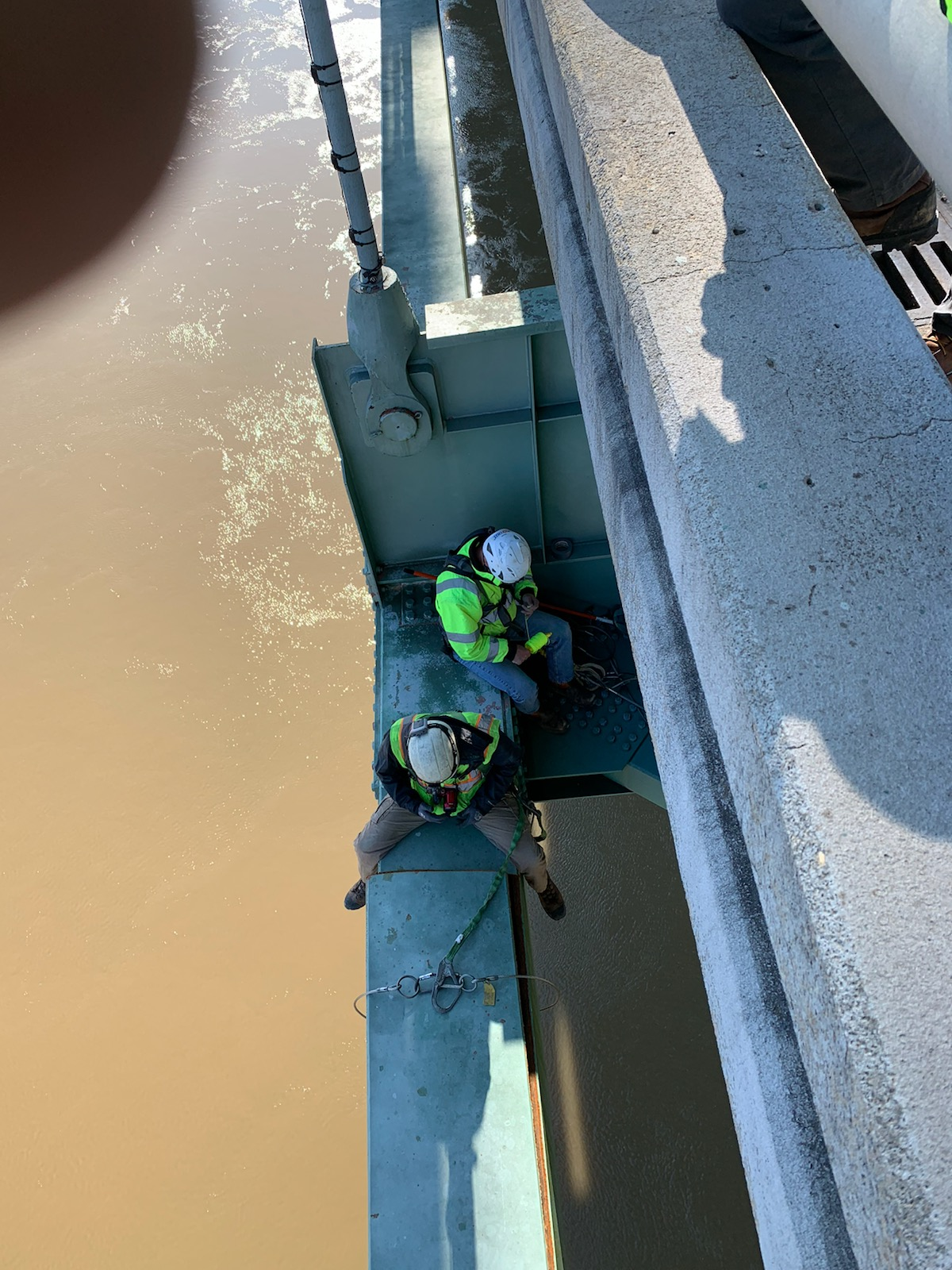 Inspectors find a cracked beam on the DeSoto Bridge.Arkansas DOTMeanwhile, more than 200 barges have lined up on the Mississippi River awaiting the word when they can safely travel beneath the six-lane span. The 50,000 or so drivers that cross the bridge each day have been rerouted to the I-55 bridge between the two states. The shutdown comes at a time of supply-chain shortages for a variety of materials and goods.

The crack occurred on a lower box beam that is about 2 feet wide and 32 inches tall, according to Paul Degges, chief engineer for the Tennessee DOT. Three of the four steel plates on the box beam have separated, and the fourth, bottom piece has a crack that’s about 20% of its width, he said.

TDOT has hired engineering firm Michael Baker International, which conducted the initial inspection for ARDOT, to reassess the bridge’s load capacity to determine if it is safe for inspectors to return and for the bridge to reopen to barge traffic. A further analysis will be conducted to determine to what extent the bridge could be reopened while repairs take place or if the bridge will need to remain closed until repairs are completed.

Degges said the Federal Highway Administration and the U.S. Department of Transportation have granted emergency approval for a repair contract when it is ready. 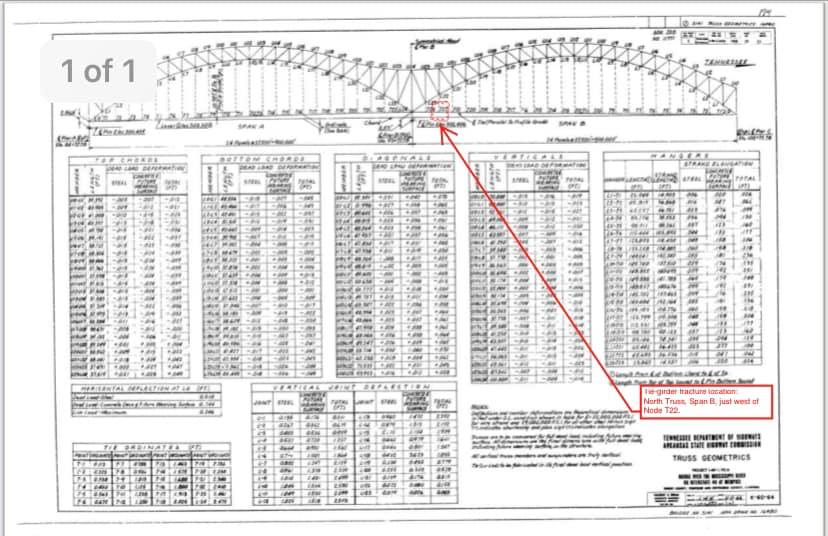 This drawing shows the location of the cracked beam on the DeSoto Bridge.Tennessee DOTThe fracture is just off the midpoint of the 900-foot-long mid-span on the unique double-arched bridge. The entire structure is 1.8 miles long.

Under the states’ agreement, ARDOT is in charge of inspecting the bridge, and TDOT is in charge of repairing and maintaining it. The two states split the costs. ARDOT has hired architectural firm HNTB to conduct a forensics analysis to determine what caused the crack.

Degges also speculated that fatigue could have been the cause due to the bridge’s 48-year age and the amount of traffic it handles. He said he did not know when the bridge would reopen and couldn’t speculate until the load calculations were completed.

“We can’t let the public get on this bridge until we understand exactly how much it can carry,” he said during a press conference May 12. He expected it to take a few days before the load calculations were done. Then the two DOTs and engineering firms would develop a repair plan. 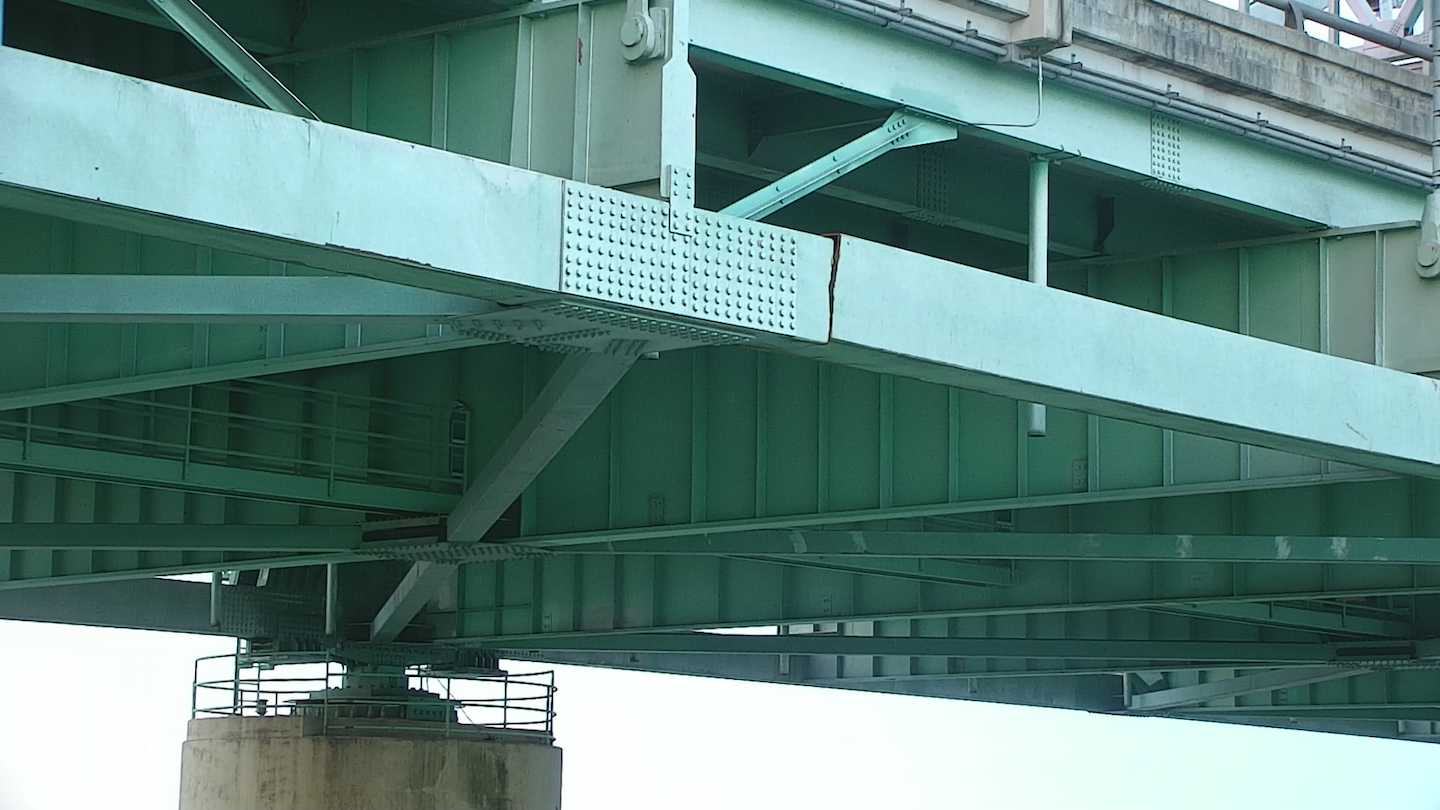 The cracked beam on the De Soto Bridge.Arkansas DOTThe bridge has undergone about $280 million in retrofitting over the past two decades to withstand earthquakes, but Degges doubted that contributed to the crack. He said that work mostly focused on the piers and the steel components on top of them, and the crack was away from the joints.

He said overall the bridge is a “robust structure.”

The I-55 bridge where drivers will be detoured to is actually older than the de Soto Bridge. It was built in 1949. ARDOT, however, says it is in good shape and can handle the additional traffic load.

Degges said repairs to the de Soto Bridge would be done as soon as possible. The DOT wanted to ensure they were done properly and also prevent future such incidents.

“We want to be able to learn from this,” Degges said. “…We want to make sure we don’t see this type of fracture again.” 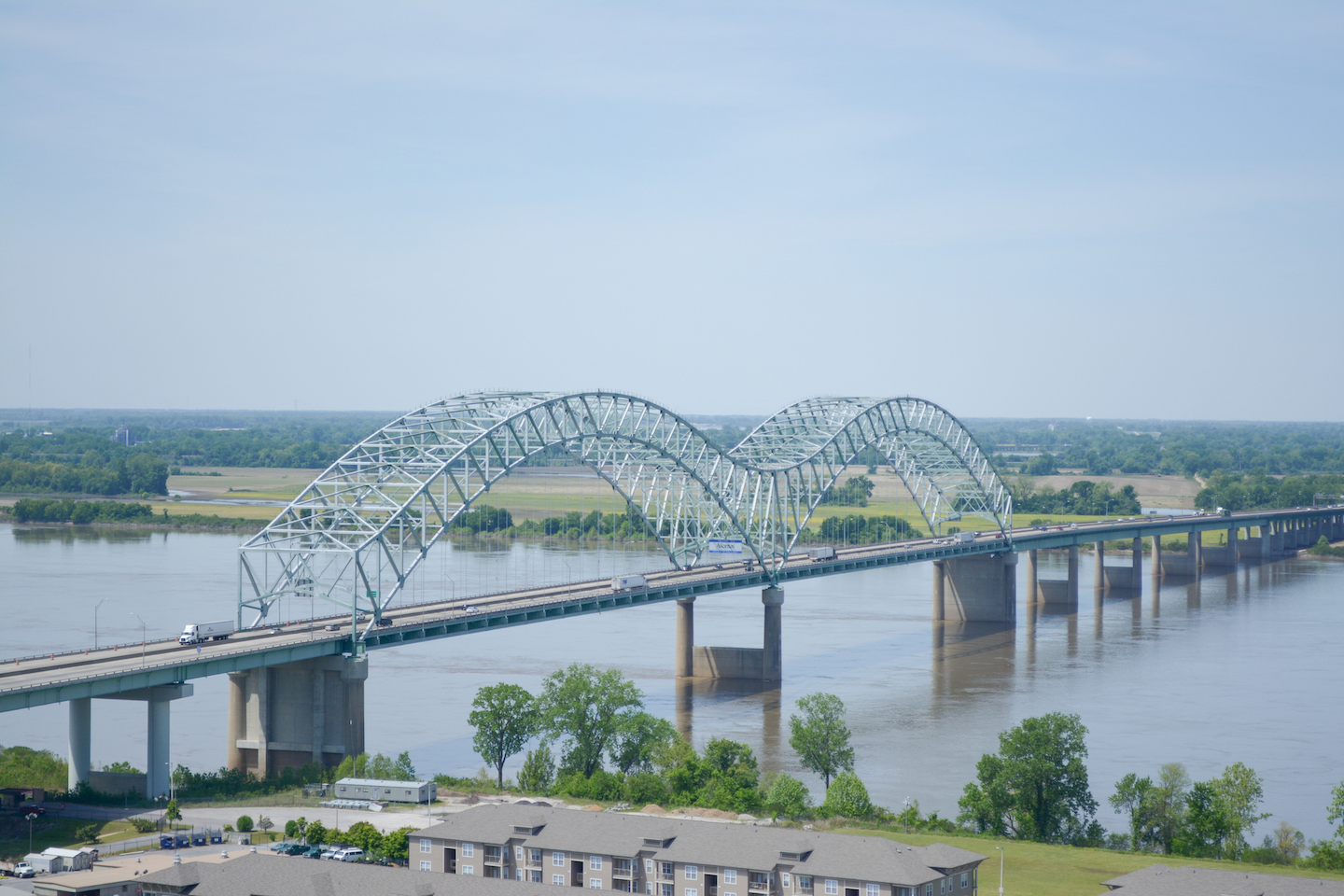 The I-40 Hernando DeSoto Bridge between Tennessee and Arkansas.Trevor Birchett, CC BY-SA 4.0 via Wikimedia Commons. Link to license: https://creativecommons.org/licenses/by-sa/4.0. Link to credit: https://commons.wikimedia.org/wiki/File:HernandoDeSoto_Bridge_Pyramid.jpg