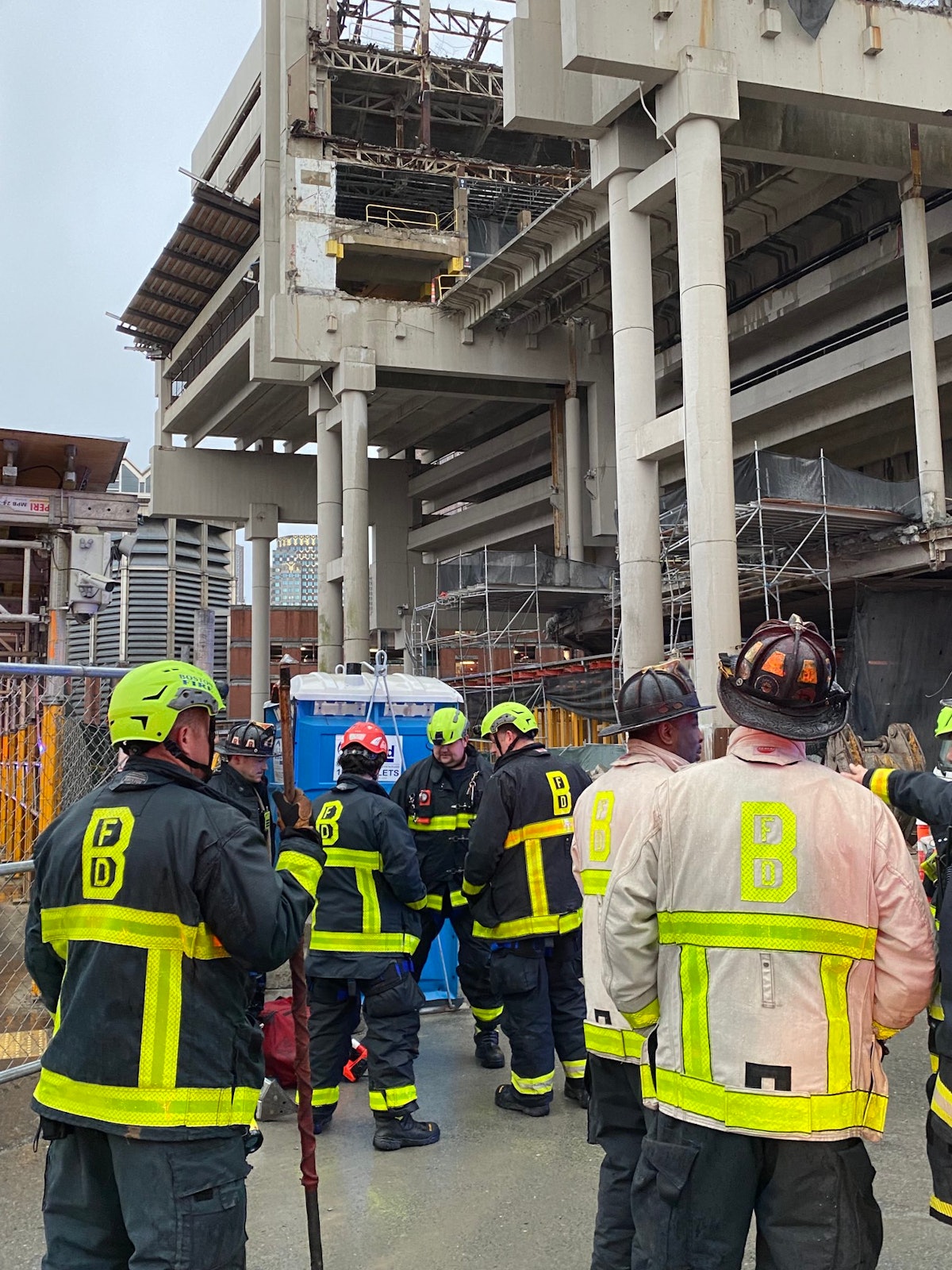 The contractor that employed an equipment operator who died in a garage collapse in Boston this year faces proposed penalties of $1.2 million, according to the U.S. Occupational Safety & Health Administration.

Peter Monsini, 51, of South Easton, was operating an 11,000-pound compact excavator with a hydraulic hammer attachment March 26 when part of the eighth floor of the Government Center garage collapsed beneath him. He along with the excavator fell 80 feet to the ground, and he was pronounced dead at the scene after his body was recovered among the rubble. Another worker was hospitalized after the incident.

A foreman for JDC, which is based in Brockton, Massachusetts, was alerted about safety concerns the morning before the collapse by another operator who had started demolition on a concrete beam on an upper-floor bay. “Despite the employee raising safety concerns to the foreman, a second employee was assigned to operate the excavator,” OSHA says. “That worker, the deceased, never received a safety briefing and was not trained to follow the engineer’s demolition plan.”

“JDC Demolition Company Inc. knew the heavy equipment on the partially demolished floors were over the weight limits and still allowed a worker, unaware of the hazards, to do demolition work,” said OSHA Regional Administrator Galen Blanton in Boston. “This willful and egregious disregard for safety cost a workers’ life and exposed other employees to potentially fatal hazards.”

In response to the citations, JDC released a statement via spokesperson to WCVB Channel 5 in Boston, saying it historically has had an excellent safety record, and it has cooperated with the OSHA investigation and will review the citations and whether to contest them.

John Moriarty and Associates has told media outlets it plans to appeal the citations and says its jobsites have “consistently exceeded the requirements of both city ordinances and OSHA guidelines.”

The proposed OSHA violations for JDC are as follows:

(Serious violations are those when the workplace hazard could cause an accident that would most likely cause death or harm, unless the employer did not know or could not have known of the violation. Willful violations are ones in which the employer either knowingly failed to comply or acted with plain indifference to employee safety.)

Four serious OSHA violations – each with a $14,502 penalty – were proposed for John Moriarty and Associates Inc. for failure to ensure the following: