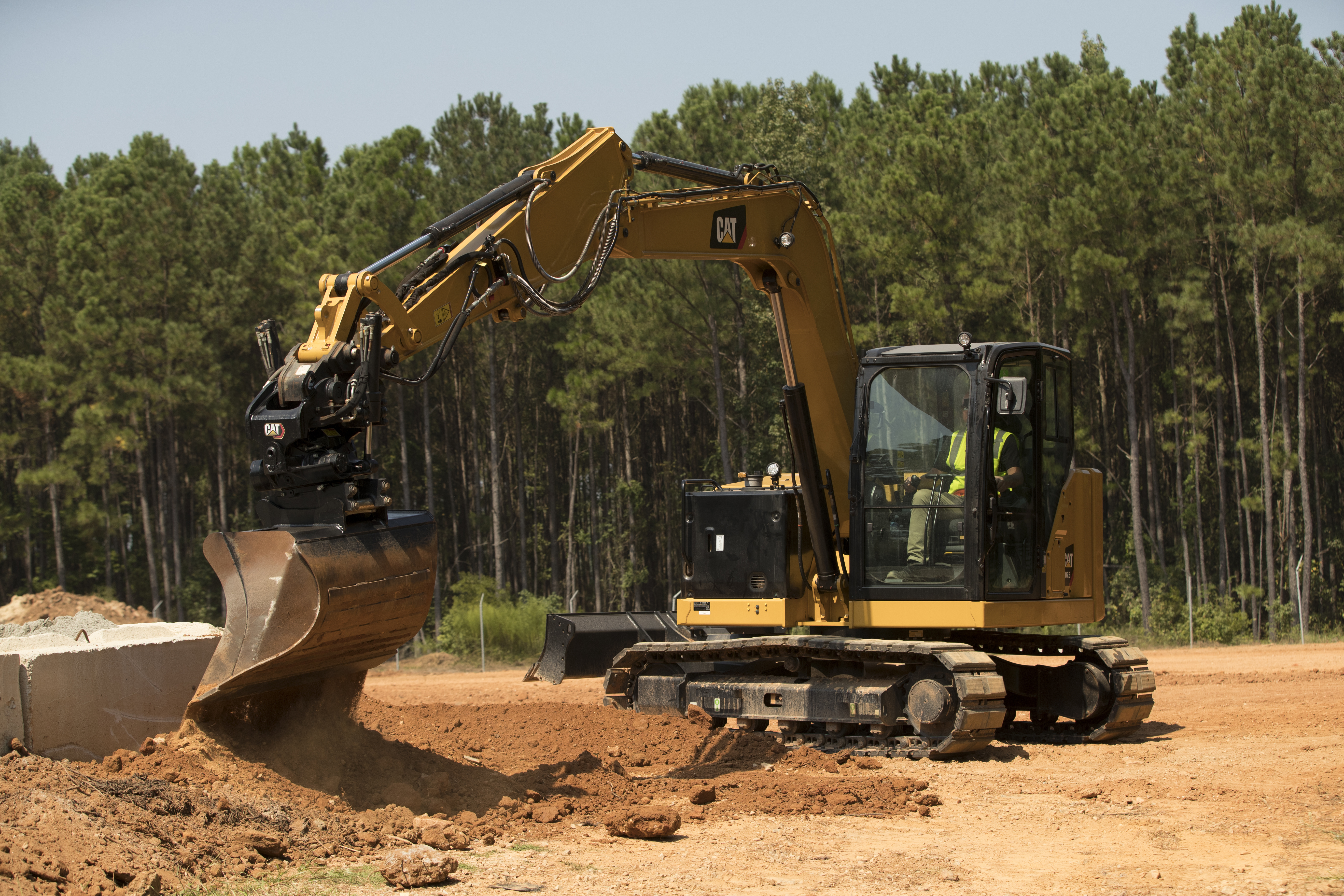 Caterpillar’s new TRS6 and TRS8 TiltRotate System (TRS) will bring tiltrotator capabilities to Cat Next Gen compact excavators. Using the TRS, users will be able to use a variety of attachments, including  buckets, forks, grapples, brooms, and compactors.

Cat says it is partnering with Rototilt in developing TRS, but that it added design elements that in part have lead to a significant decrease in dealer install time. A unique aspect to this particular tiltrotator design, Cat says, is its quick install time. Cat says it found that installing many tiltrotator models could take as many as 24-36 hours. It says the TRS6 and TRS will only require about four hours of install time.

Tiltrotators have seen a growing acceptance in the North American market after their wide spread adoption in Scandinavia and northern Europe. The couplers rotate 360 degrees and tilt 40 degrees side-to-side, giving compact excavators as well as excavators and backhoes the ability to maneuver attachments over, under and around obstacles. Cat says the TRS6 models allow the compact excavator to maintain high digging forces. They have a reinforced gearbox with a bearing ring that distributes working forces to reduce stress on the TRS and the host machine. Heat is distributed via a no-maintenance lubrication system for the rotation system.

An integrated, dealer-installed field control kit, which includes specially designed joysticks, suits all boom-and-stick combinations, Cat says. A separate TRS monitor shows the attachment’s position and whether the attachment’s safety locking mechanism is engaged or disengaged. The TRS8 model has a bucket-shake feature that is activated by a joystick button and helps the attachment spread materials evenly.