Cat is replacing its small M Series compact wheel loaders with a new lineup of Next Gen CWLs, bringing down some of the features of its larger loaders.

This marks the biggest changes to the compact lineup since Cat launched the M Series in 2015.

On May 4, the new 906, 907 and 908 were unveiled at a virtual press event. Delivery to customers is expected in the fall. Cat’s 903D model will remain the same. Otherwise, this marks the final conversion of the company’s compact wheel loaders to the next generation.

Some of the big changes include a medium-wheel-loader-size seat and a new engine with more torque.

The loaders can also come in basic “no frills” versions or higher-spec versions with loads of options. Additional features can be added to the basic versions as the customer chooses. Dealers will be offering 50 to 60 different upgrade kits, some of which are designed to be installed by the customer, according to Elie Abi-Karam, product and application specialist. The kits are for such options as LED lights, mirrors, light guards, toolboxes and technology. 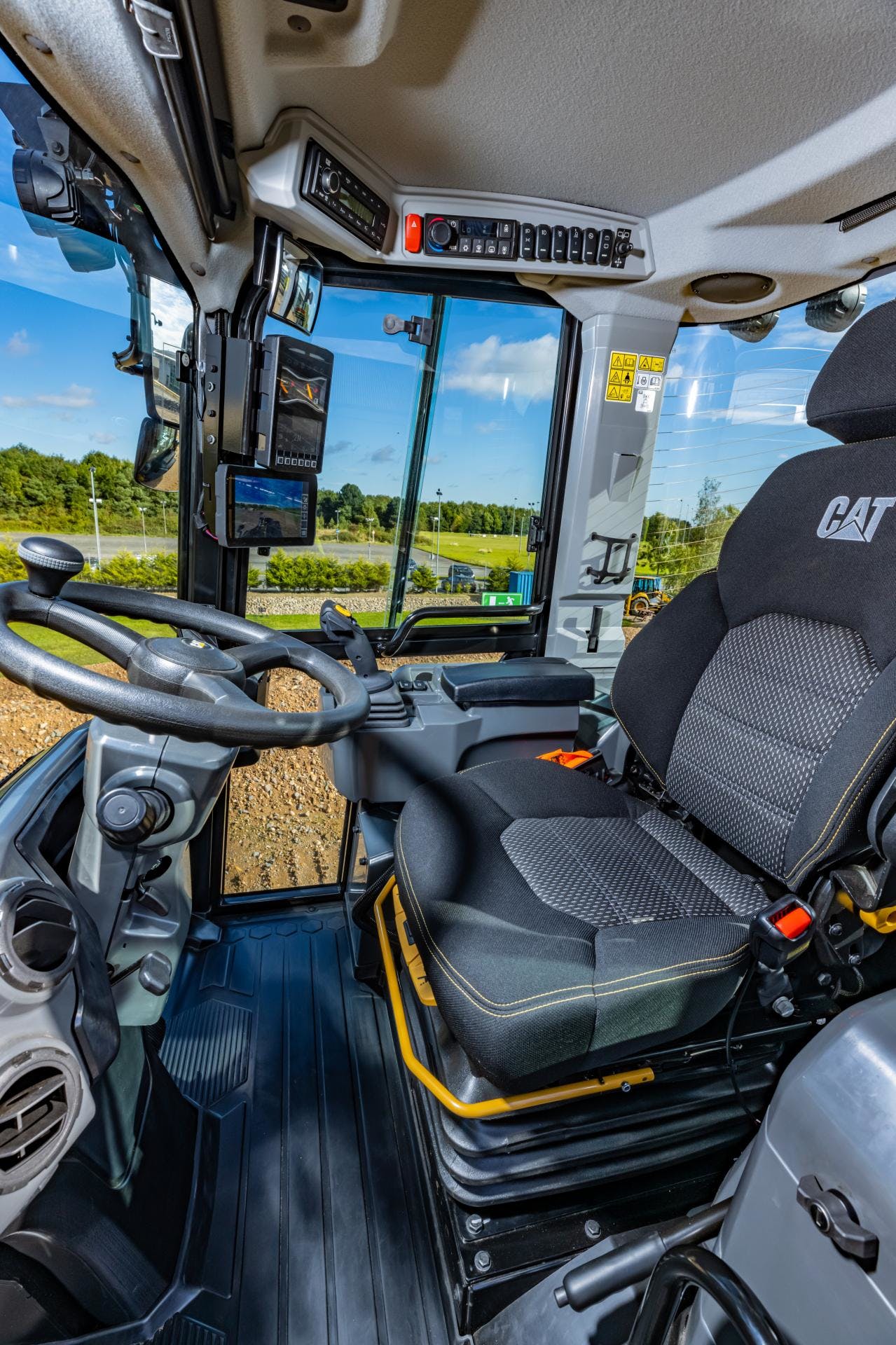 The seat for the new compact wheel loaders is the same size as one for a medium-sized loader.CaterpillarAlong with the larger seat, Cat has designed the cab to be more comfortable. It is sealed and pressurized with a sound rating of 71 decibels.

The joystick is mounted to the seat armrest to control direction, speed, hydraulic flow and differential lock.

For the first time for this size loader, Cat has added kickout functions – upper, lower and tilt – for attachments that can be set via the in-cab monitor. Cat also brought down its electronically controlled snubbing feature that removes the jarring sensation in the cab when the attachment reaches full height or when it hits the ground.

The cab’s monitor can be adjusted to the desired specs. As features are added, they can be added to the monitor as well.

“You still will be able to maintain a very basic spec should you need it,” said Jas Kundra, compact wheel loader sales and marketing manager. “The control monitor can be simplified. It can strip out a lot of options and select only the ones that you want.”

For those who want the additional bells and whistles, the monitor can control those as well, including kickout, snubbing, auto engine idle shutdown and hydrostatic transmission response. Ride control is another option, designed for a smoother ride over rough terrain and for more efficient and faster load-and-carry tasks while also saving fuel.

The display can be set up for performance parameters such as lift speed and bucket breakout force. Those settings can also be locked out for operators who just use the basic settings, which could benefit rental customers.

The front windshield is wider and curved, and the wiper blade covers 60% more area. The standard mirrors are larger. There is also a seatbelt alarm. 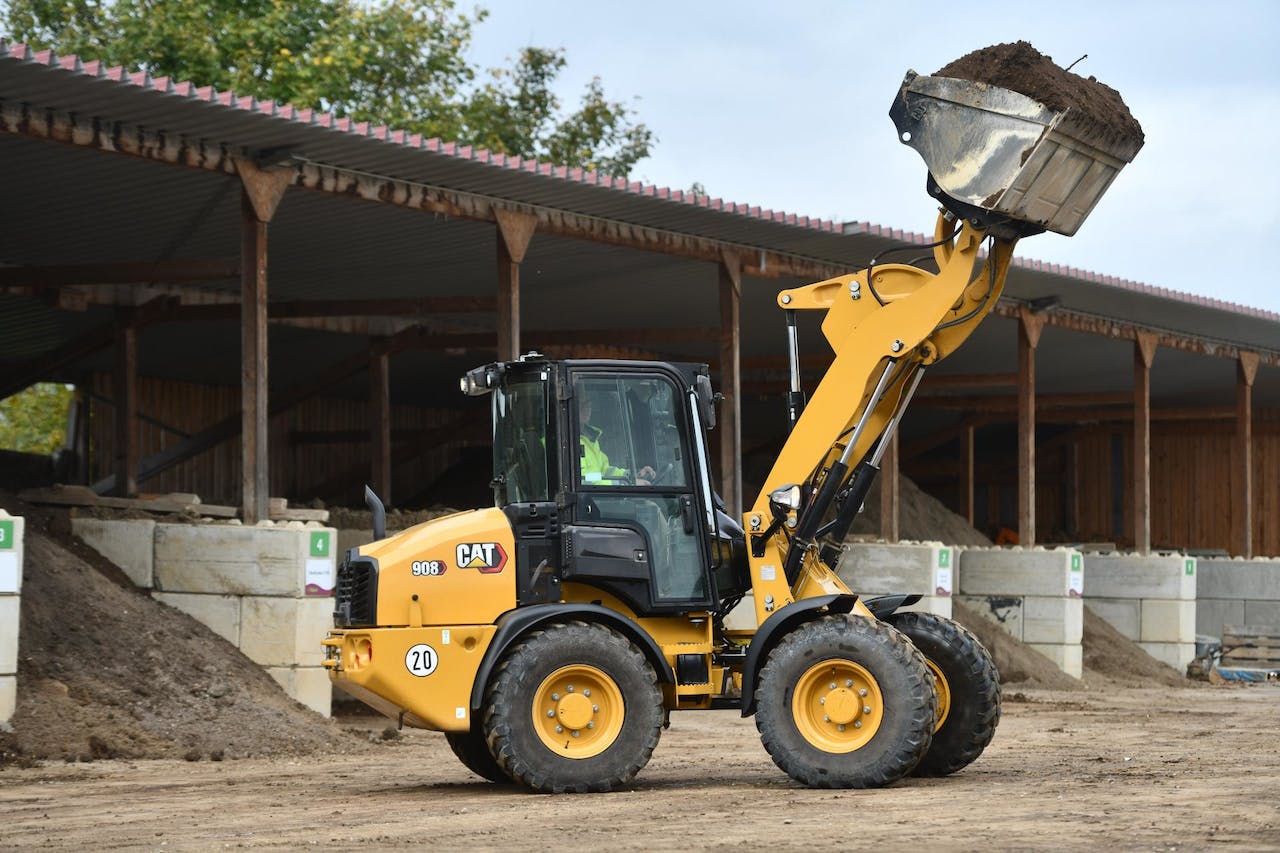 The Cat 908 compact wheel loader comes in a high-lift version.CaterpillarThe new 74-horsepower Cat C2.8 engine delivers 13% more torque, for a total of about 220 pound-feet, than the M Series.

The CWLs also got a boost in speed from 22 to 25 mph. Along with increased transit times on the job, the extra speed along with the increased torque will enable it to climb slopes quicker, Abi-Karam says.

A reversing fan is designed to clean out the cooling package when operating in dusty conditions. The fan can be operated manually by the monitor or set in automatic mode, which runs the fan 10 seconds for every 10 minutes of operation.

The rear compartment also features a storage box for tools or other items.

The loader arms have been redesigned to make it easier to reach across a truck bed, Kundra says. The 908 has a high-lift version for even farther reach and height. 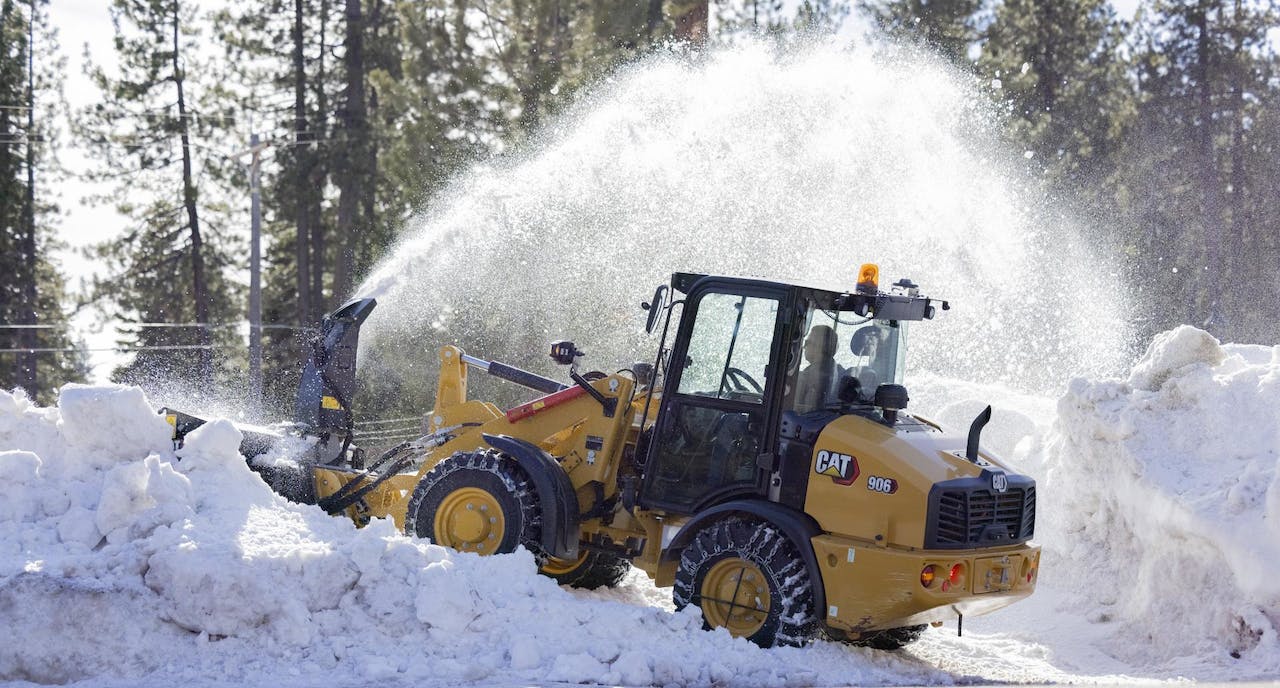 Cat uses a pressure-compensated valve for more power to run high-flow attachments on its new compact wheel loaders.CaterpillarThe Next Gen general-purpose buckets for the loaders come with larger capacities, better line of sight for the operator to the cutting edge and a curved edge to reduce material spillage, Abi-Karam says.

The optional skid steer coupler is designed to improve line of sight to a fork carriage.

Cat made a pressure-compensated valve standard on all its compact wheel loaders for running high-powered attachments. Cat says it kept the same hydraulic flow for the loaders but increased the pressure for greater efficiency.

“We’ve taken the large-machine-platform hydraulics and systems into our smaller machine. What that gives us is great ability, controllability and fine motor functions … really precise,” says Abi-Karam. “And at the same time, we can run hydraulic tools, like cold planers, wheel saws, snowblowers, really efficiently. You can lift, lower, tilt, and the valve manages all of that all the time.”

A variety of options are available, including a light package that can deliver 360-degree illumination for working or performing maintenance in the dark. Underhood lights are available as well.

There are treaded and smooth tire options. Bolt-on light guards are available for the rear of the machine. Heated and electric parabolic-lens mirrors can be ordered.

Rearview cameras are another option. A variety of beacon colors are also available. 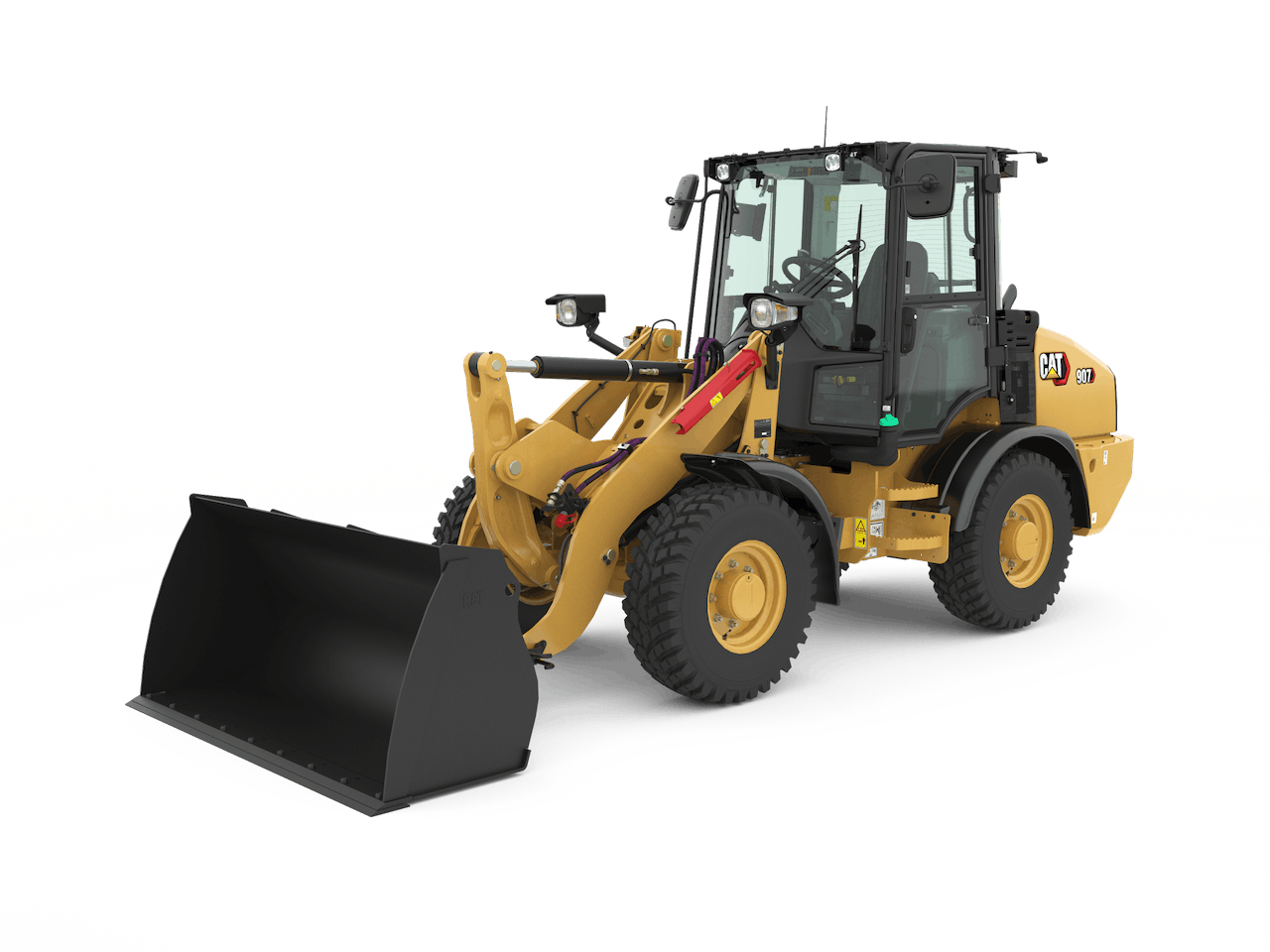 Cat’s new 907 compact wheel loader and the others in the Next Gen series are expected to reach U.S. customers in October or November.Caterpillar