John Deere is rolling out a new way of naming its construction equipment models with a change in model names designed to emphasize capability rather than age.

With these machines Deere is dropping the letter at the end of the model name that signified the machine’s generation. Deere’s newest loaders are part of its L-Series generation, so before this name change, each machine carried an L right after the model number. So, when you saw 644L, you new that this was a 644 with features and capability introduced in 2020.

But Deere isn’t dropping letters entirely. In place of the letter that indicated the model’s generation is one of three letters meant to signify its performance and technology load-out. So, on the midsize loaders, the L has been replaced with either a G, P or X to denote the loader’s performance tier.

Each of the letters represents a set level of features, with G as the economy model and the newest addition to the Deere lineup; P with the same advanced features introduced with launch of the L Series models; and the X-tier, meant to denote the company’s hybrid diesel-electric technology and most advanced features.

Most of the loaders in the midsize lineup now carry a “P,” but the letter is no longer beside the model number on the machine but stands alone underneath the number. Meanwhile, the 644 is the only model so far with an X-tier version. (More details on how the loader lineup looks under the new naming convention are below.)

For U.S. customers, no G-tier models have been released, but a Deere spokesman says they will come later to this market. Canada and other global markets will get the first new G-tier 644 loaders.

While the loaders are the first to get this new naming treatment, Deere plans to roll this strategy out across all of its equipment. Deere says it is changing the naming so customers can better match desired machine features to the job, with a corresponding price.

Other construction equipment manufacturers, such as Cat and Volvo, have also announced model name changes in an effort to make product identification simpler for customers.

“Every jobsite is unique, and customers want machine solutions that can be personalized to meet their diverse needs, including performance, price and comfort,” says Jason Daly, Deere global director of production systems, technology and marketing. “By offering three tiers, customers can move up or down the spectrum to find the right mix of features, performance and innovation for their business and application.”

What the Deere Midsize Loaders Look Like Under “Performance Tiering” 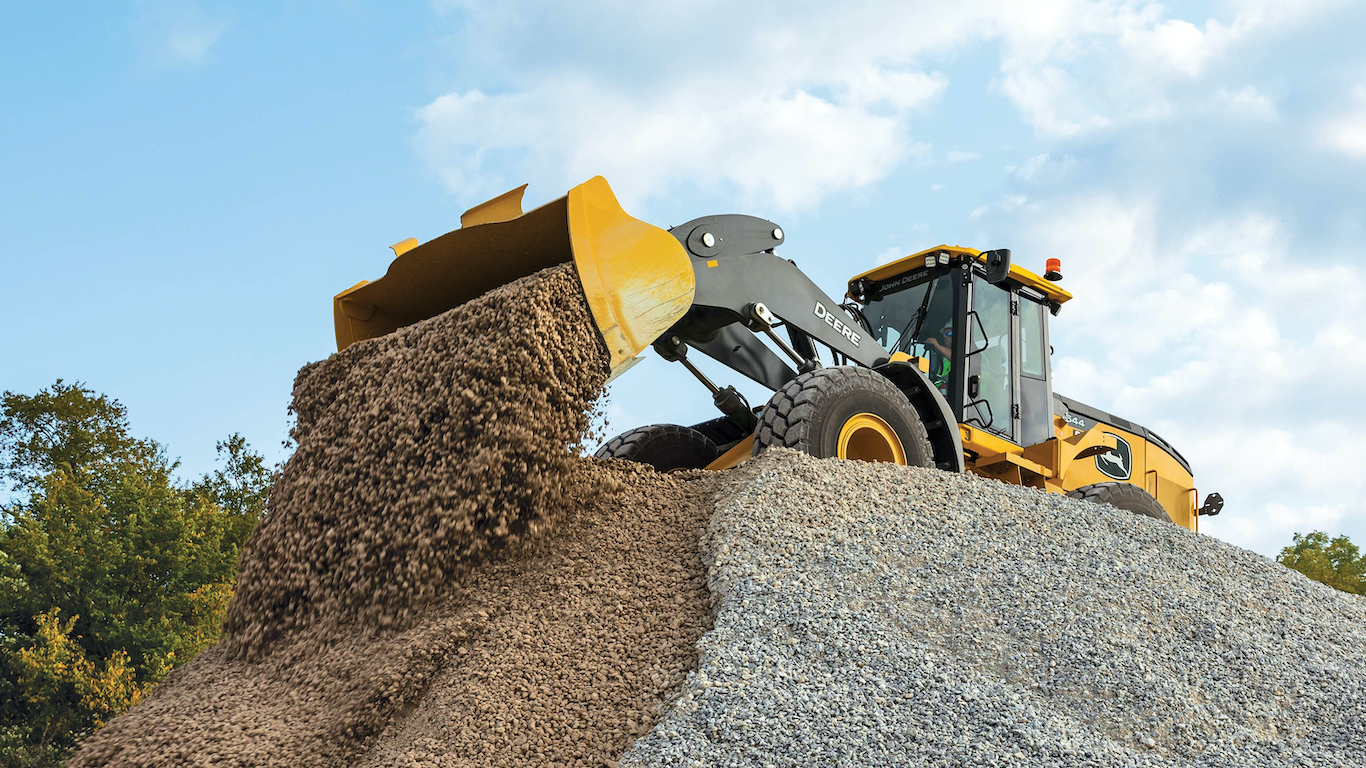 Deere has already updated its midsize loader section on its website to reflect the new tier strategy. The former L models now available as P-tier are the 444, 524, 544, 624, 644 and 724, ranging from 124 to 268 horsepower. They all carry the same features as the revamped L-Series that Deere unveiled between 2019 and 2020 with a redesigned Z-Bar linkage and updates for operator comfort and increased productivity.

The lone X-tier version, for the 644, has Deere’s hybrid electric-diesel drivetrain first introduced on the 644K and then on the updated 644L, among other advanced features.

The first G-tier, also only for the 644 for now, has a new cab design and can be customized with a variety of base-level packages, such as for axles, tires, ride control, seats, radio and rear chassis work-light selections, Deere says. Check out the video below for more details on the G-tier:

The G-tier is primarily geared for light to medium construction work. Deere’s Canada website bills it as rugged, reliable and “practically equipped.” It features load-sensing hydraulics for easier operation, extended service intervals and onboard and remote diagnostics.

John Deere’s breakdown of its X, P and G tiers.