Wirtgen designed its new W 120 Fi cold milling machine to be operated by one person and packed it with much of the automated technology from its large F Series models to make it easier for inexperienced operators, the company says.

It also marks the first Wirtgen cold planer with a John Deere engine since Deere acquired Wirtgen in 2017.

Unveiled recently at World of Asphalt, the cold planer has a 4-foot milling width and 13-inch cutting depth, primarily for use on parking lots, driveways, pathways or as a tie-in machine on road projects. It is designed to be maneuverable in tight spaces, such as curbs and parking lot islands.

“You can literally back it into corners and parking lots, and you’re not having to do all that handwork,” said Matthew Graves, Wirtgen director of marketing communications.

Small contractors who want to move up

The cold planer seems to have struck a chord with smaller contractors ready to move up from a skid-steer cold planer attachment.

Graves said about two dozen contractors had stopped by the company’s booth between March 29 and 30 interested in entering the milling field. They were either tired of waiting on milling contractors to get to their jobs, or they weren’t getting the quality they needed from a skid steer attachment, he said.

The fact that it only takes one operator is another selling point for small contractors. There’s no longer need for another worker to walk beside it.

“This is truly a one-person machine,” Graves said.

To make that possible, Wirtgen provides two monitoring cameras, with views showing in the new 7-inch monitor. It also incorporated a narrower exterior design for better visibility to the tracks and to trucks, and the operator station shifts laterally for a better view along the side. 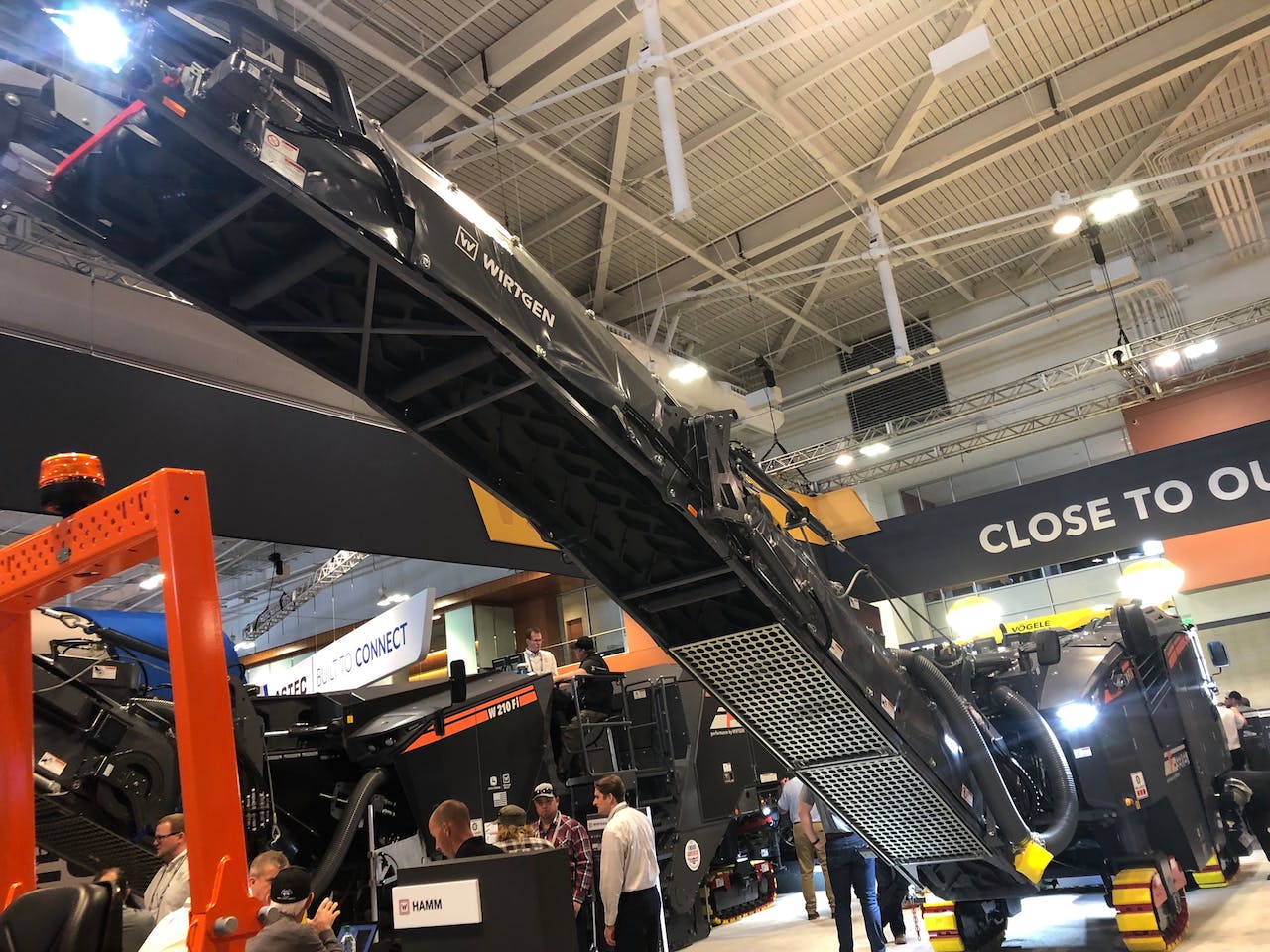 The conveyor on the Wirtgen W 120 Fi cold planer can swing 65 degrees left and right.Equipment World

The Pattern mode lets the operator input any pattern, such as tight or loose, based on the task.

“You’ll get a perfectly consistent pattern out the back of the machine,” Graves said. “It’ll slow down or speed up based on the hardness of the material that it is cutting. It’ll also cycle the engine rpms up and down, so you can add power, take away power, speed up the drum, slow down the drum. It does it all on its own to keep that consistent pattern.”

It also comes in handy on thin bonded overlay projects, he says.

Eco mode works similarly to Pattern mode in that it automatically adjusts operation, but it does so to save fuel. After the job parameters are set, such as milling distance, depth and width, it regulates itself based on fuel consumption.

“So basically you’re spending the least amount of fuel to get that job done in the timeframe,” he says.

Power mode is for when you need to mill deep and fast, moving as much material as possible in the least amount of time. 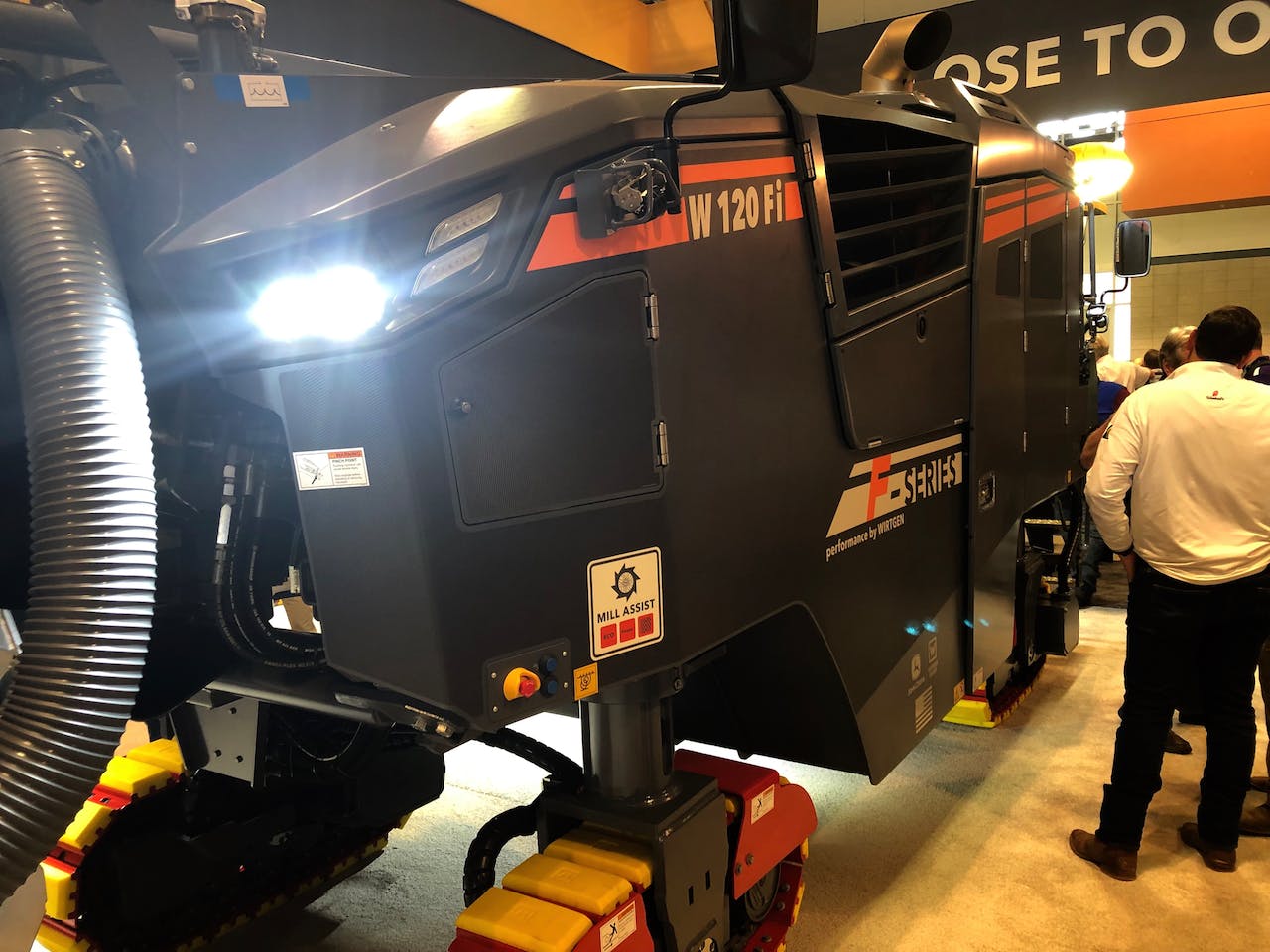 “This is the first machine with a Deere engine since the acquisition,” Graves said.

Wirtgen uses a variety of engine manufacturers for its equipment, but with Deere as a partner, the company can now design its machines and then have the engine designed to meet its specifications. Previously, it has had to find the engine to match the machine.

“One of the great things about putting a John Deere engine in this is we could define the torque curve to best meet the machine, as well as optimize fuel consumption,” he said. “…Deere Power can provide us with whatever we know that size engine is going to have to be.”

Another plus for contractors: Wirtgen offers an optional performance tracker. With it, you can label a specific job, and the machine will measure the tonnage of millings coming out, Graves said. Sensors also measure the depth and width of the cut.

At the end of the job, you hit a button that converts the information to a PDF format that is emailed to the office to be included in accounting software. It can also be sent to customers to verify the work done.

“It shows a map: ‘This is where I started, this is where I finished, this is the amount of material that I did,’” he says. “So throughout the day, you can be sending this to your customer followed with an invoice.” 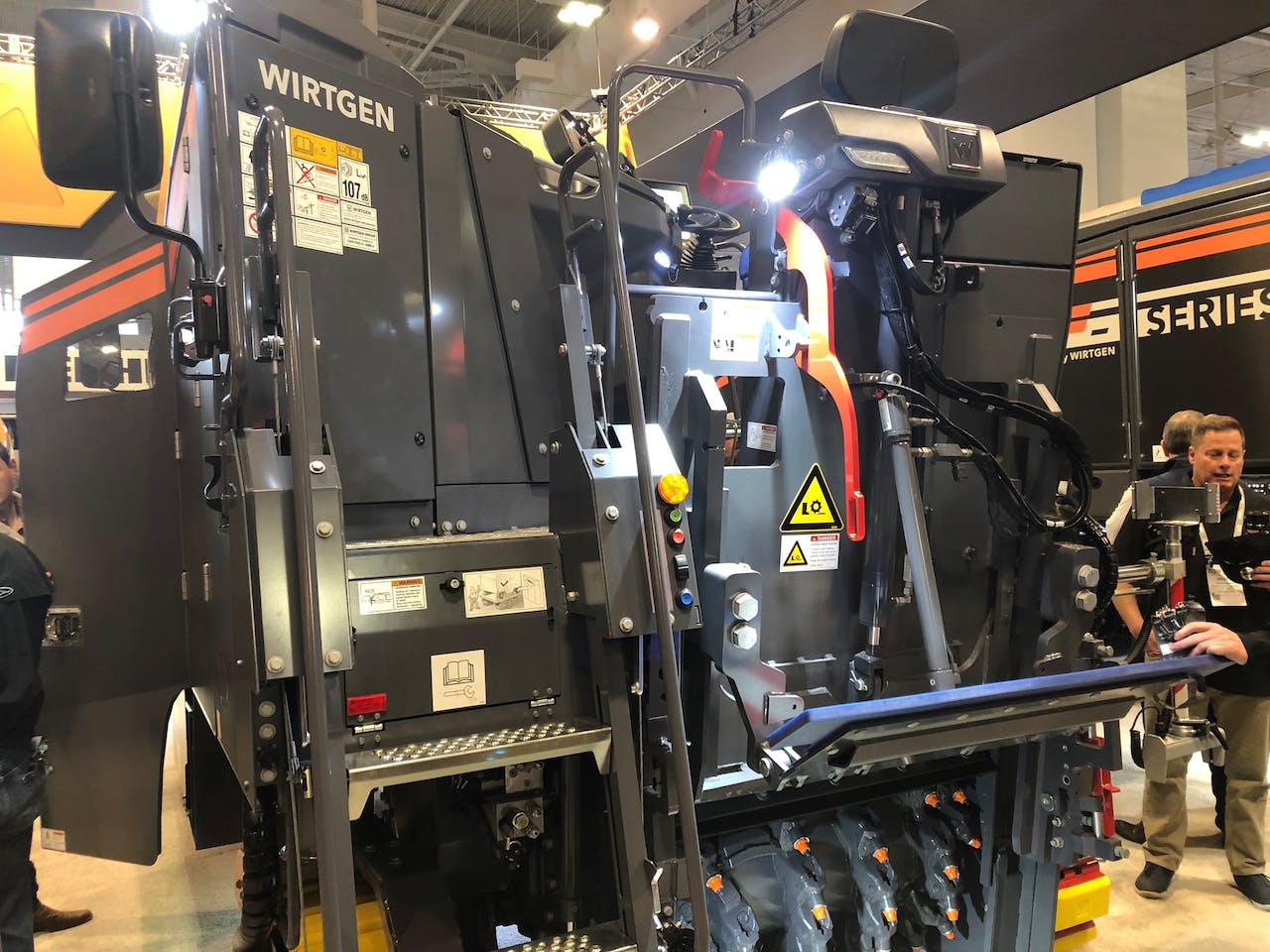 The operator station on Wirtgen’s W 120 Fi slides out laterally, and the seat is heated and can shift forward up to 20 inches.Equipment World