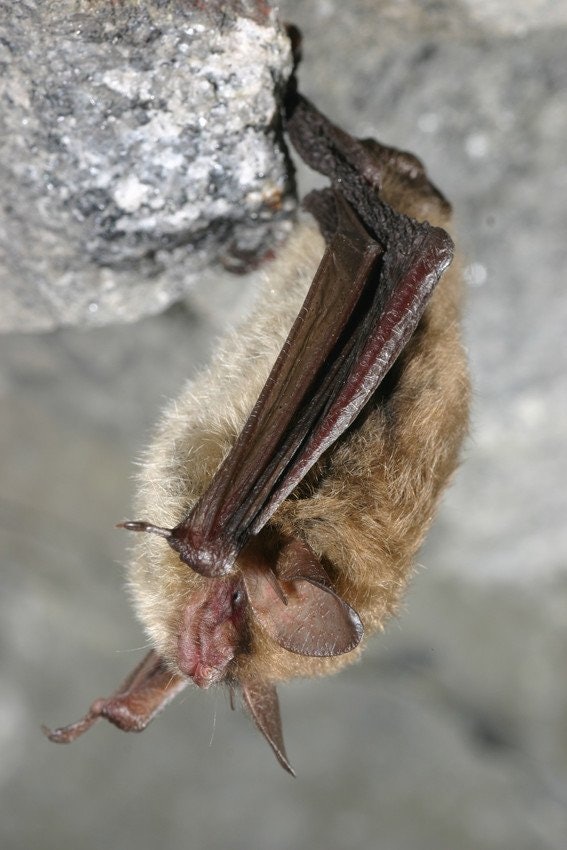 A bat with populations in 37 states could be headed for the endangered list, which could also lead to increased regulations on road construction projects.

“If enacted, the endangered species designation could impose significant new regulatory requirements and development restrictions in up to 37 states, just as the bipartisan infrastructure law provides new funding for critical transportation construction projects,” says  ARTBA. That could lead to “significant negative consequences – whether intended or not – for the Biden administration’s commitment to rebuilding the nation’s transportation infrastructure.”

The U.S. Fish & Wildlife Service proposed March 22 that the northern long-eared bat, which is now on the threatened list, be designated as an endangered species. The bats’ population is being decimated and faces extinction due to white-nose syndrome, FWS says.

The northern long-eared bats hibernate in caves and abandoned mines in winter, according to FWS. During summer, they roost alone or in small colonies underneath bark or in cavities or crevices of live and dead trees. They emerge at dusk and fly primarily through forested areas. Their primary diet is moths, flies, leafhoppers, caddisflies and beetles.

By eating pests and pollinating, the bats contribute at least $3 billion to the U.S. agricultural economy, according to FWS.

What “endangered” means for contractors

Endangered species are those considered to be in danger of extinction and would be protected under the U.S. Endangered Species Act.

The law requires “habitat conservation plans” be created for projects in those species’ range to minimize harm. Project approval would requires an “incidental take permit” from the FWS.

In announcing the proposal, FWS mentioned it has consulted with the Federal Highway Administration concerning projects in the bats’ range. It says that projects that were part of that consultation would not be affected by the endangered-species designation if they are completed before the end of the year.

ARTBA and others, however, are concerned that the increased regulations will be a heavy burden for contractors. ARTBA also questions whether the regulations would help the bat and says the FWS does not have enough evidence to designate it as endangered.

“The FWS’ determination of critical habitat can make large areas ineligible for any type of development, including transportation improvements,” writes ARTBA CEO Dave Bauer in comments to the FWS opposing the designation. “… If the agency suddenly declares an area ‘off limits’ through an overly broad critical habitat designation, then it can jeopardize carefully designed state and local plans for improved mobility, congestion reduction, economic development and job creation.”

The U.S. Chamber of Commerce, joined by various other business groups including the Associated General Contractors and Associated Builders and Contractors, commented that the designation could lead “potentially to drastic economic and environmental impacts.”

Environmental groups support changing the designation and won a legal battle when a federal judge ruled March 1 that the FWS had until December to determine whether the bat should be listed as endangered.

The groups, led by the nonprofit Center for Biological Diversity, opposed the bats being declared threatened in 2015 and say they should be listed as endangered. The FWS had wanted four years to make that determination, which the judge rejected.

“We’re thrilled the judge is holding this foot-dragging agency’s feet to the fire,” said Ryan Shannon, a staff attorney at the Center for Biological Diversity, after the ruling. “The service has delayed providing the bat needed protections for far too long.”

Added Jane Davenport, a senior attorney with Defenders of Wildlife: “This bat is the hardest hit by white-nose syndrome, and scientists are racing against the clock to develop and test interventions to protect them. The service must act immediately to protect the remaining population before the clock runs out for good.”

The FWS says it plans to announce its final decision in November. ARTBA says is it will continue to work with FWS on the issue.