Tom Benck got a call in 2019 about an antique John Deere tractor outfitted as a backhoe loader that got him excited.

The call was from a field technician at West Side Tractor Sales where Benck is vice president of the family-owned John Deere equipment dealership headquartered in Lisle, Illinois. The technician, Brian Bywater, had been helping a widow by fixing up her deceased husband’s old tractors to prepare for auction.

While going through the dusty old tractors crammed for years in a barn, he made a surprising discovery. A 1958 John Deere Model 440 had a West Side Tractor Sales sticker on it. Bywater got the tractor running and called Benck.

“Hey,” he told Benck, “I found a machine here with our sticker on it.” 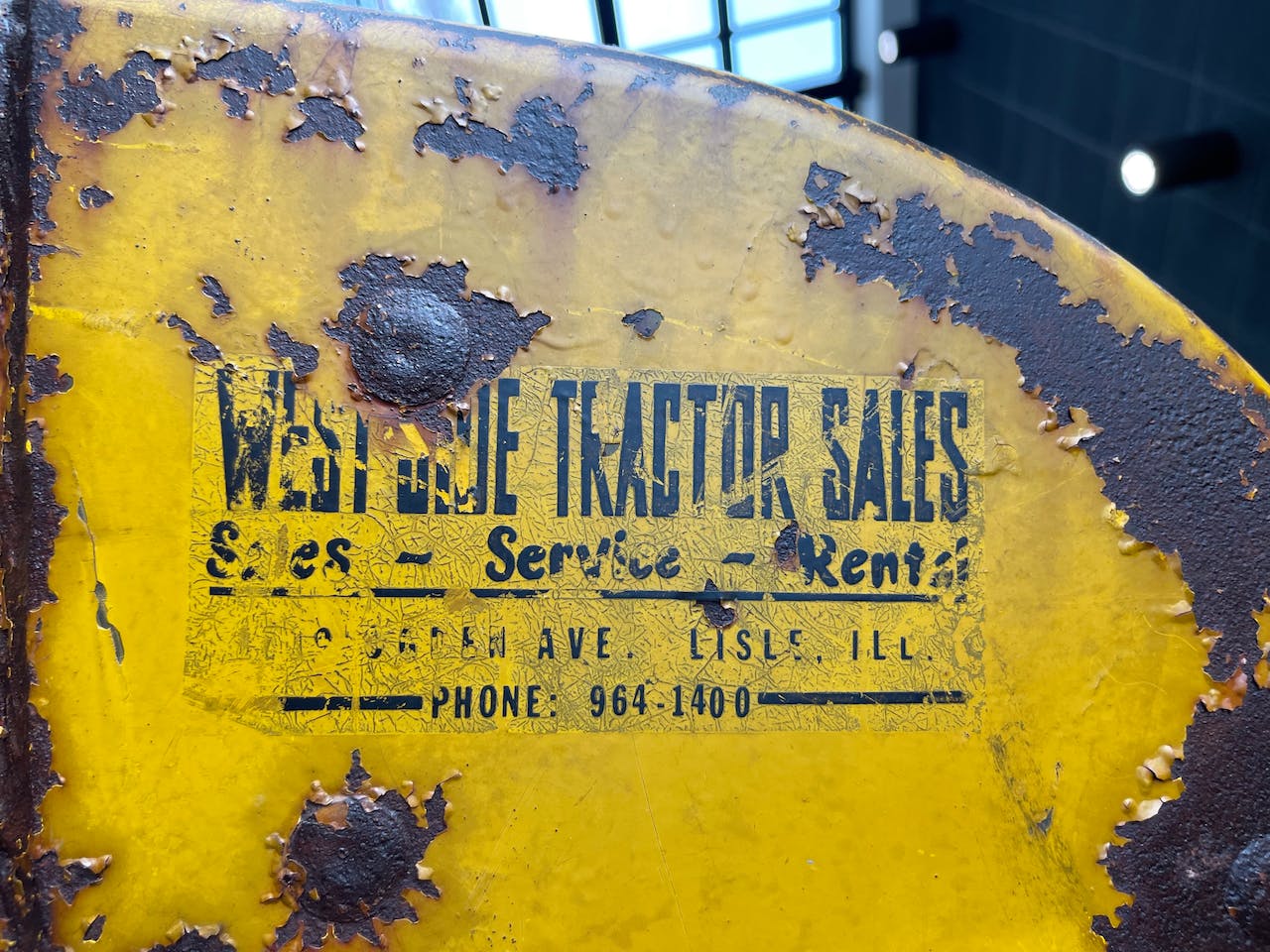 Benck, who was on the lookout for antique equipment to help show the historical link to the dealership his father started in 1962, learned that the tractor was on its way to auction with the other tractors. He tracked it down, placed his bid and won.

When he got the tractor to the dealership, he made another interesting discovery.

“I knew it had our Westside Lisle sticker on it,” Benck recalls, which would have been the company’s first sticker.

“I didn’t know it had the Adams sticker on it.”

The “Adams sticker” was for Adams Welding & Manufacturing, a John Deere Industrial tractor and equipment dealership in nearby Naperville, Illinois. Adams went out of business in the early 1960s after filing for bankruptcy. 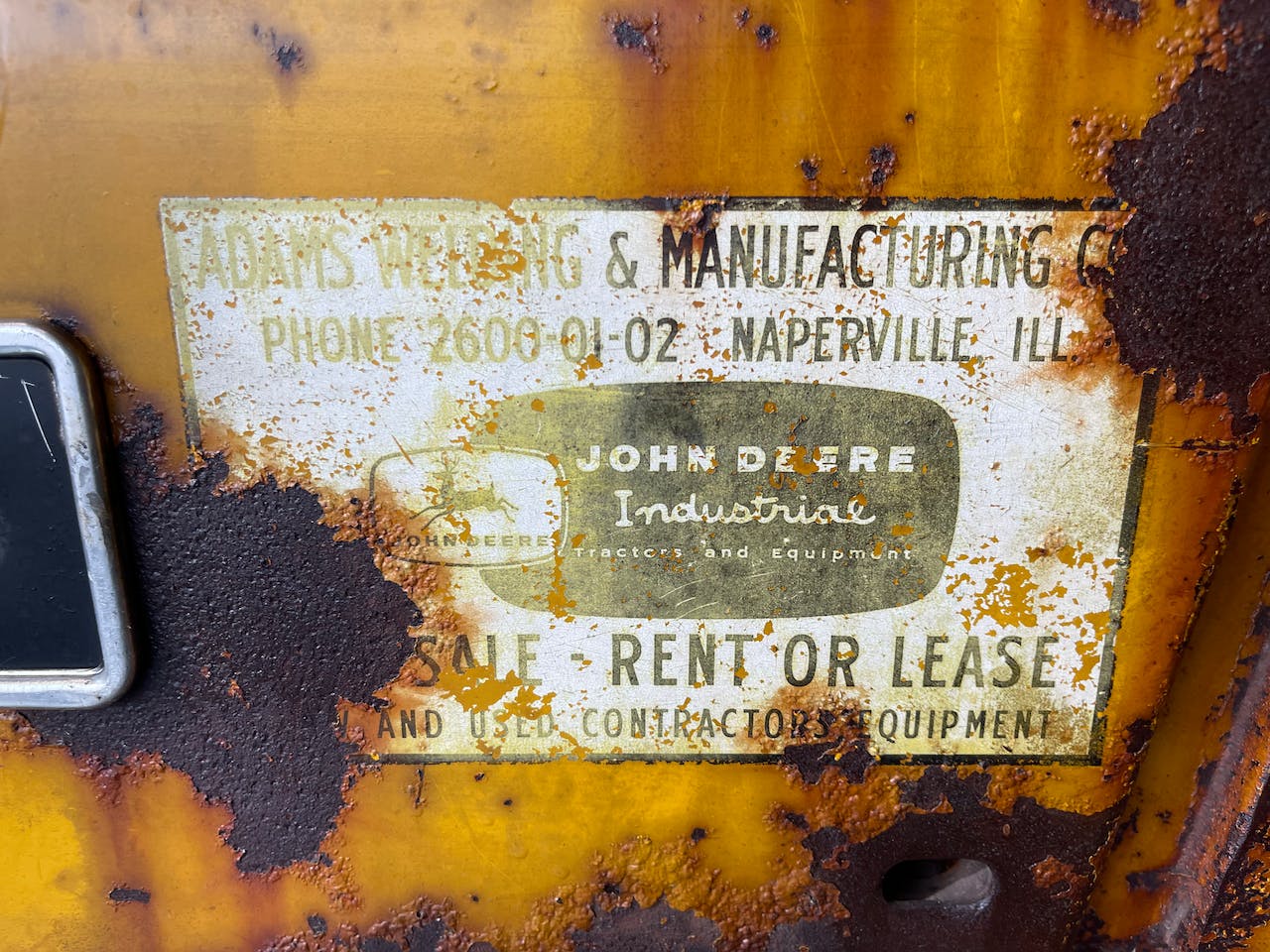 The dealership that first sold the 1958 Model 440 was Adams Welding & Manufacturing, which went bankrupt in the early 1960s. The Adams sticker was on the tractor, along with Westside Tractor’s first sticker.West Side Tractor Sales

Rich Benck didn’t remember the tractor, having sold thousands during 60 years in business. The family was able to surmise that it had been originally sold by Adams in 1959, then came to West Side as a trade-in in the early 1960s and was sold again.

“He thought that was pretty neat,” Benck says of his father.

It stirred up lots of memories.

“Then he told me about how thin the business was then.” 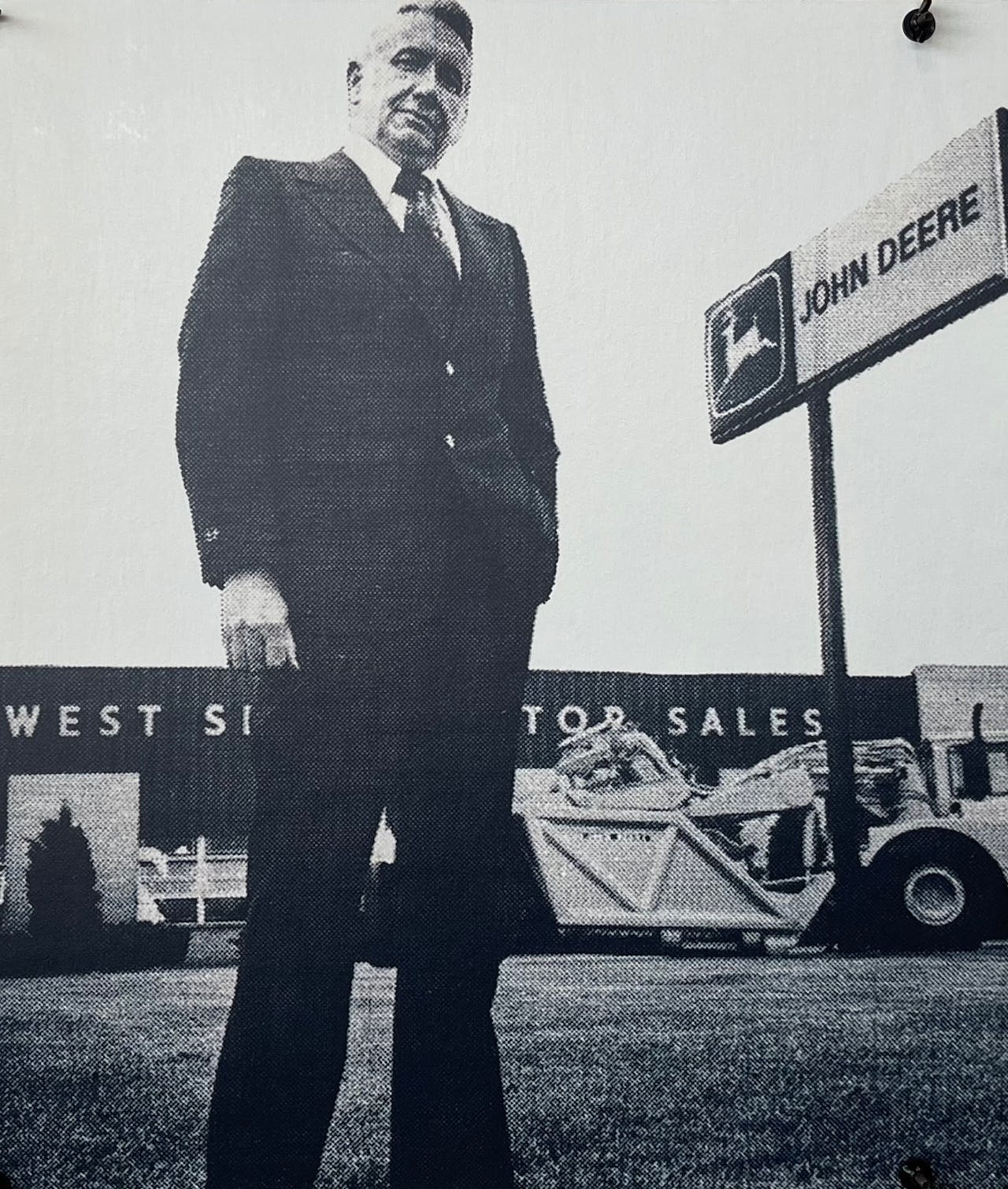 “They scratched and saved and put it all together and wound up with what turned into West Side Tractor,” Benck says.

The Model 440 was the type of equipment Rich Benck had been selling in the late 1950s when he was working for a John Deere dealership’s newly created Industrial Division. The 440 was the company’s industrial version of the Model 435 tractor and was painted yellow.

It marked the company’s first diesel engine tractor and had a two-cylinder GM motor. Unlike the farm tractors, the 440 could be configured in various ways by such attachments as a backhoe or loader arms and bucket. There was also a crawler version, one of which West Side Tractor also has in its antique collection.

“They started making these products that they didn’t really have a clear focus on where they were going to wind up,” Benck says of Deere’s early foray into construction equipment. “So they took their base machine and turned it into kind of a Swiss Army knife. And then as time went on, they started making their own individual products out of these different base machines.”

As Deere’s Industrial Division expanded, Rich Benck got the opportunity to start a Deere dealership on Chicago’s West Side. Today, West Side Tractor has grown to 300 employees with 11 locations in Illinois, Indiana and Michigan. 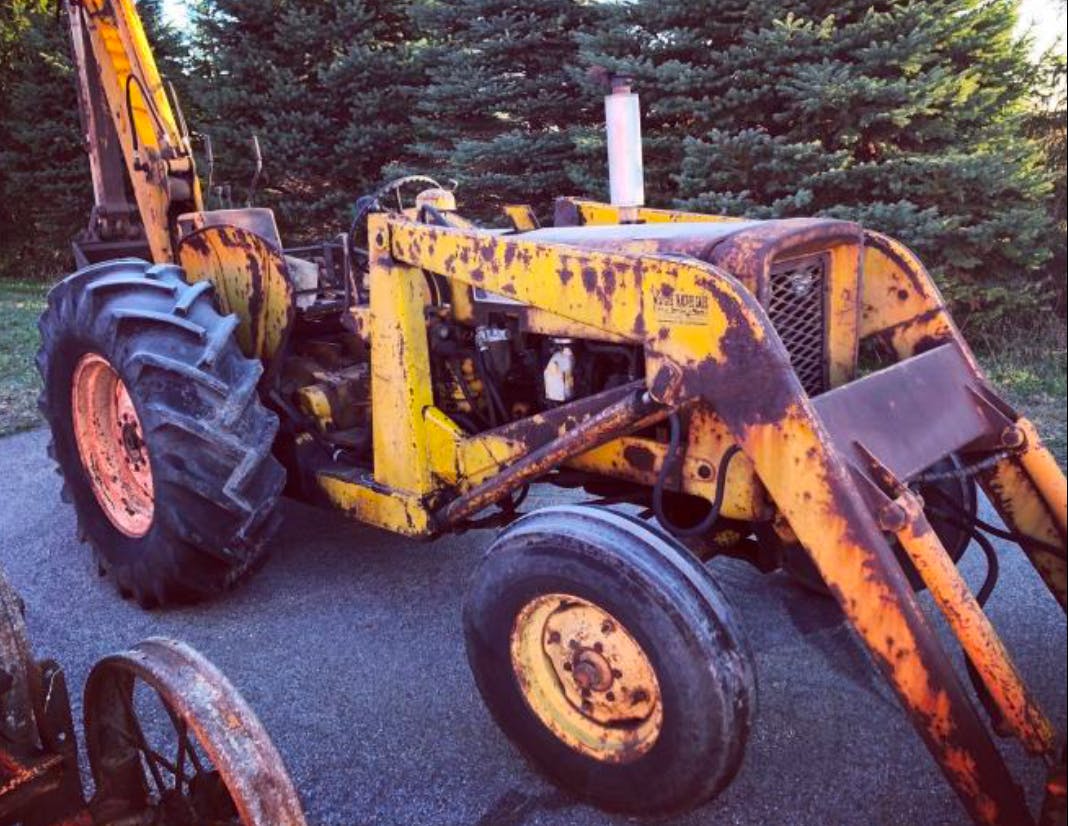 1958 John Deere Model 440 backhoe loaderWest Side Tractor SalesThroughout its history, the family has collected antique Deere tractors and equipment. Having grown up poor on a vegetable farm, Rich Benck had to deal with old tractors that were always breaking down. The family couldn’t afford the Deeres.

“As a child, they went from teams of horses to powered equipment,” Benck says. “He always held John Deere at a very high regard.”

In the mid-1970s, Rich Benck acquired a 1931 Deere Model D tractor. He and Benck’s older brother, Steve, restored the old machine. It has been in the family ever since. Benck learned to start it with its hand crank when he was 12.

In 2006, Benck further restored it and gave it to his father for Christmas.

“He was really impressed with that,” Benck says. “And that tractor is still sitting at our South Holland facility.” 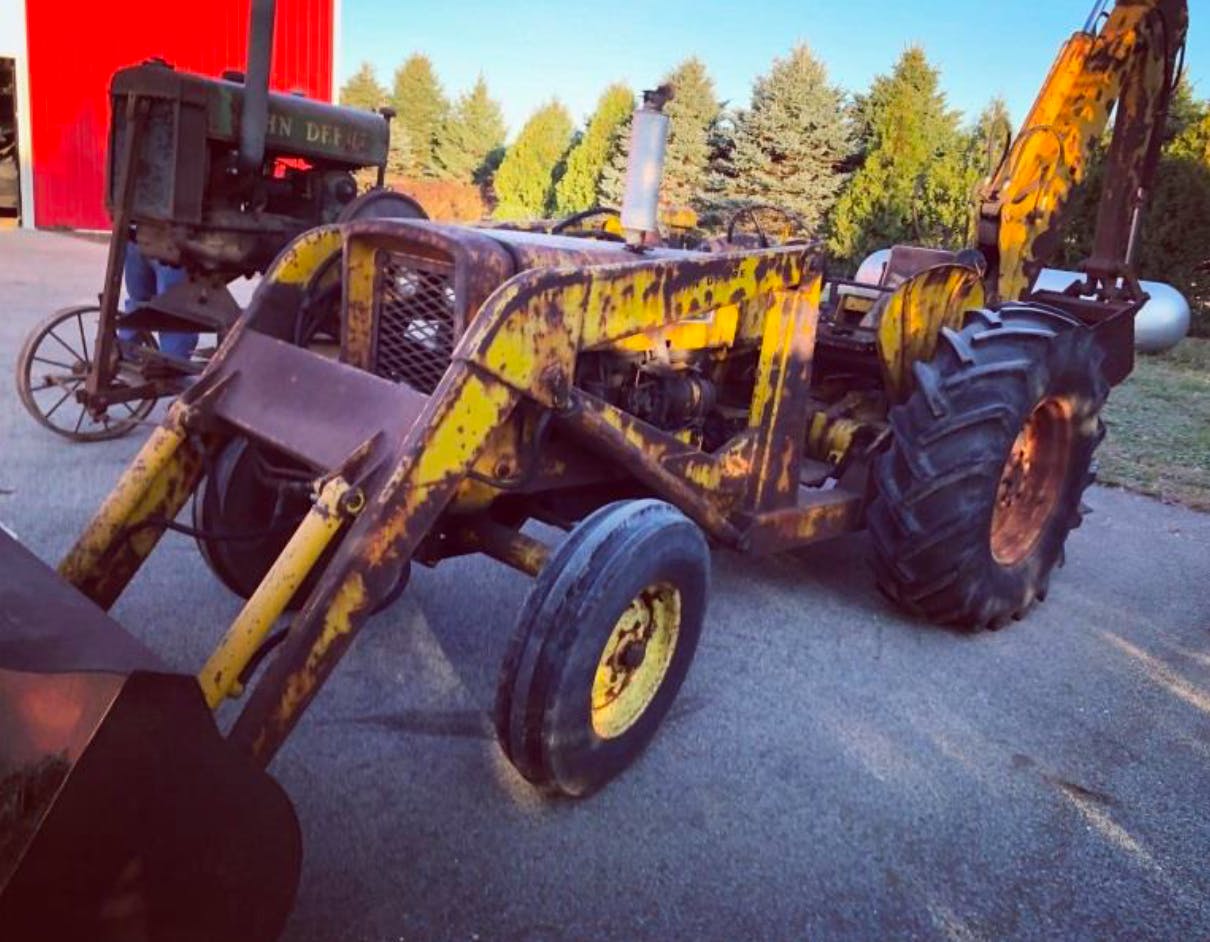 1958 John Deere Model 440 backhoe loaderWest Side Tractor SalesAs West Side Tractor grew, so did the family’s antique equipment collection. They look for machines that represent the dealership’s early history. At their new Lisle headquarters opened in 2020, they established a museum that is open to the public. The collection includes the 1958 Model 440.

They also have vintage equipment on display at their other branches. In all, Benck says, the family has about 25 pieces of antique Deere equipment.

“I like to use these machines to explain our history,” Benck says.

They also use the equipment for fundraisers and to get youth involved in construction equipment history.

“It’s about passing on that lineage,” he says, “or having that first experience around these things you normally don’t see.”

A photo journey through the past

To see more of the West Side Tractor antique machines, check out the photos below: 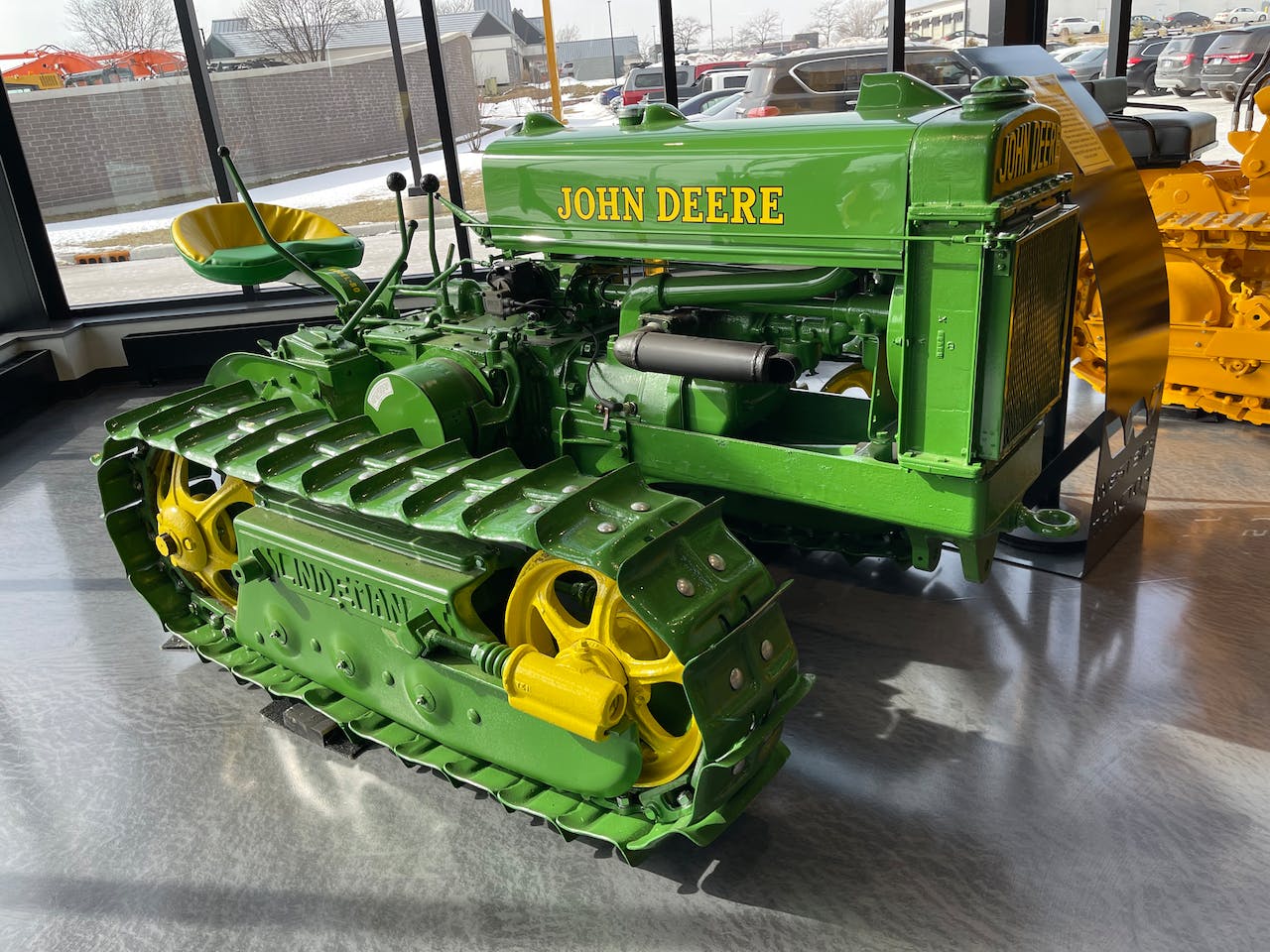 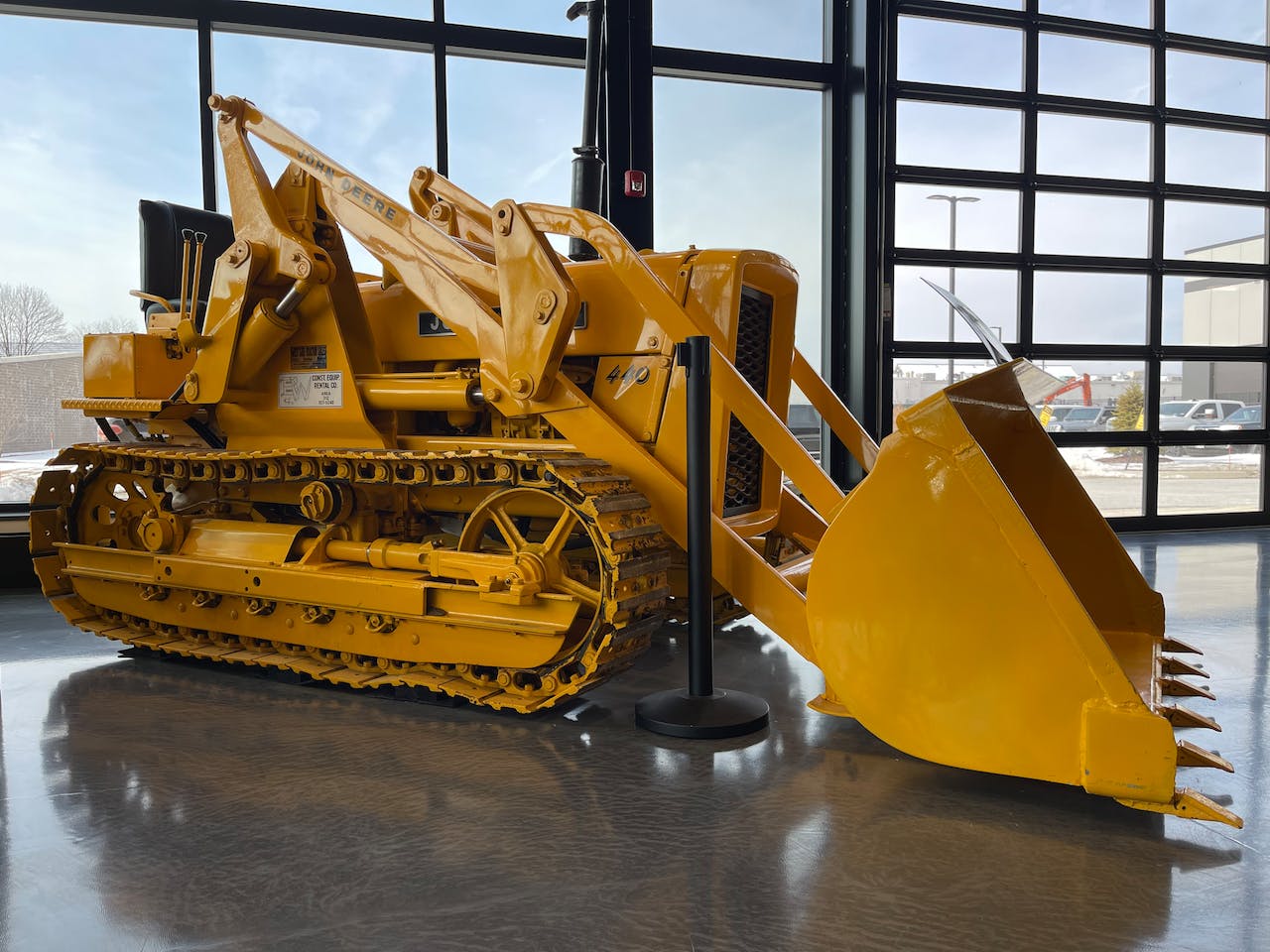 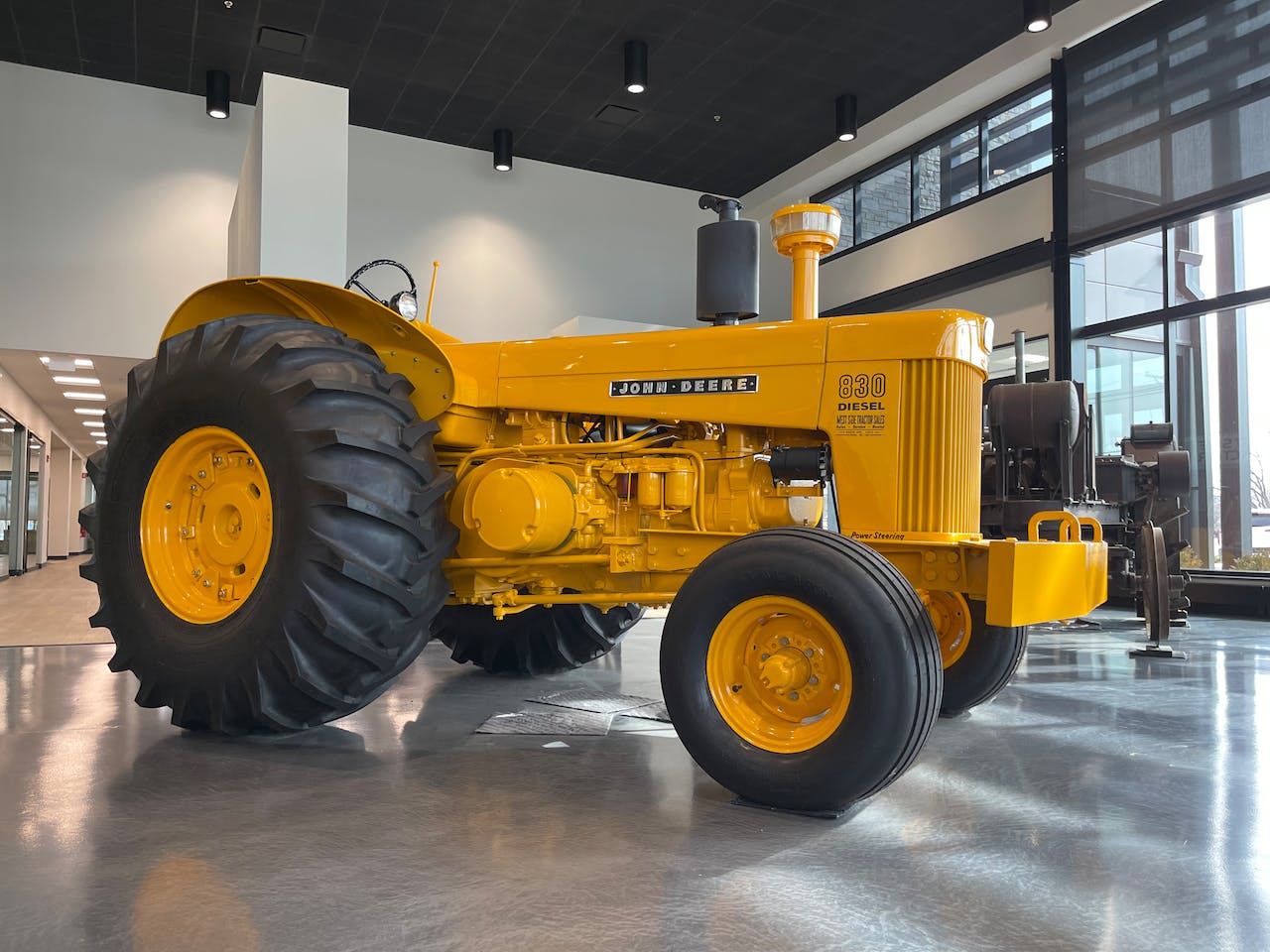 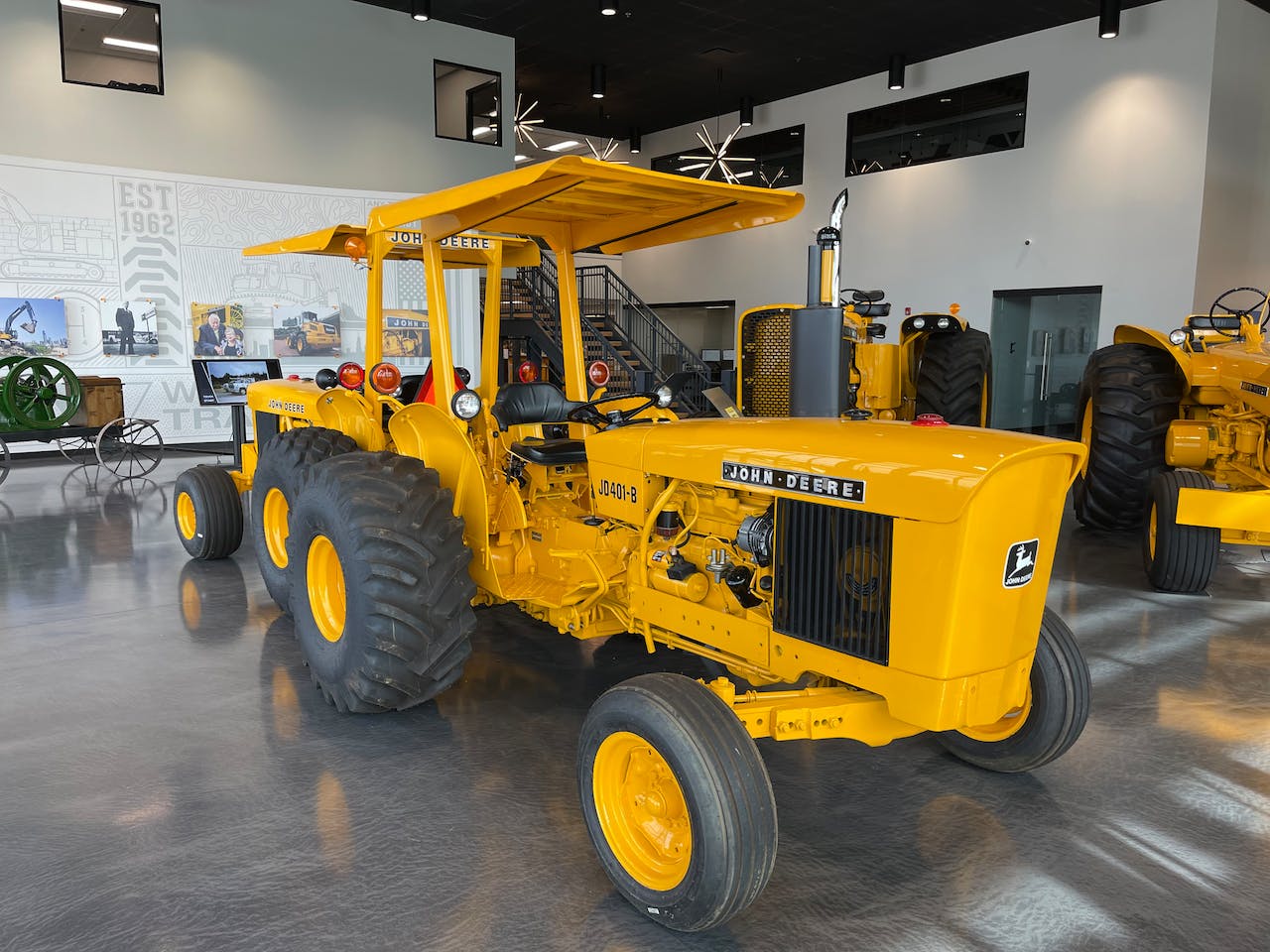 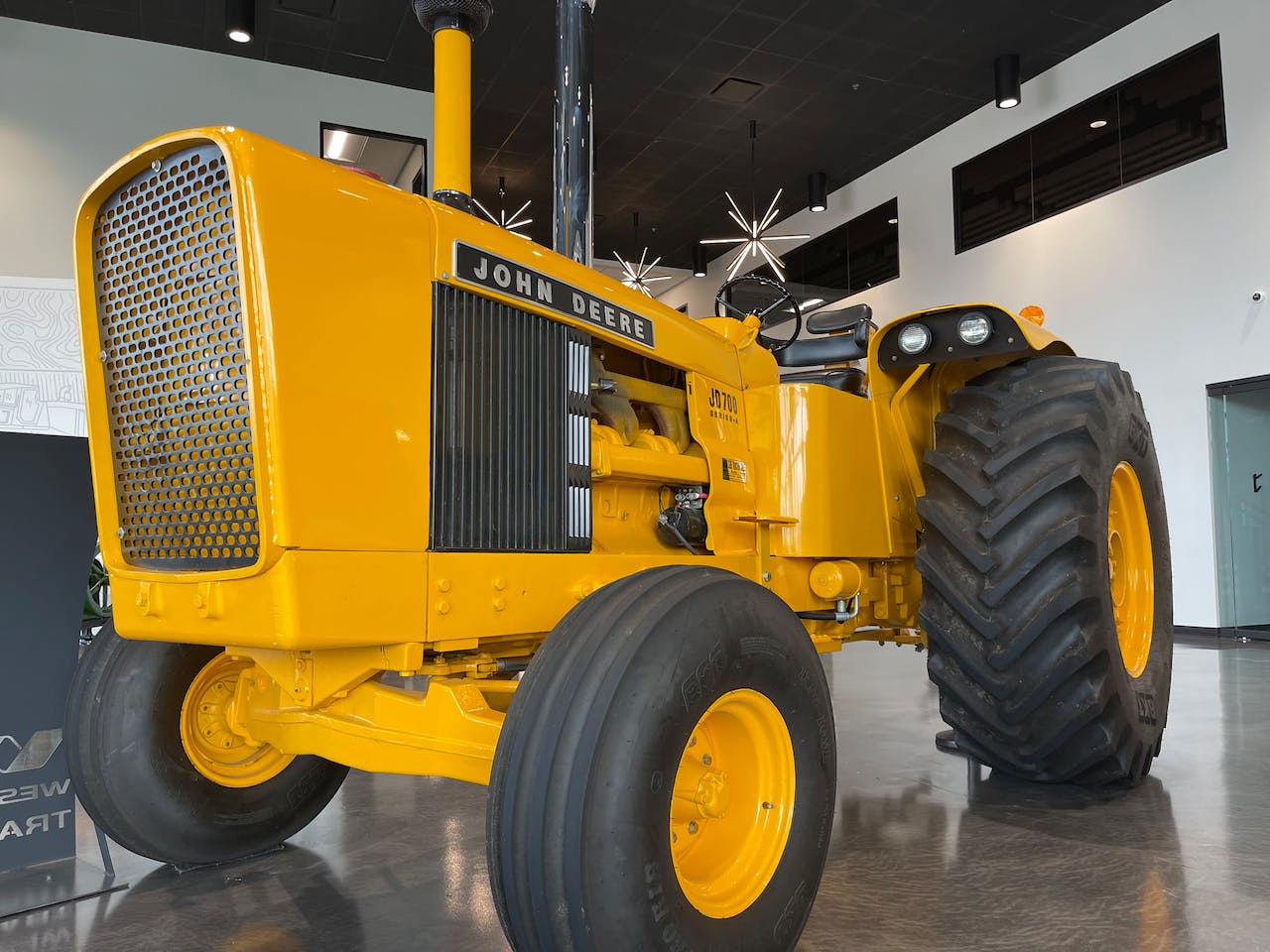 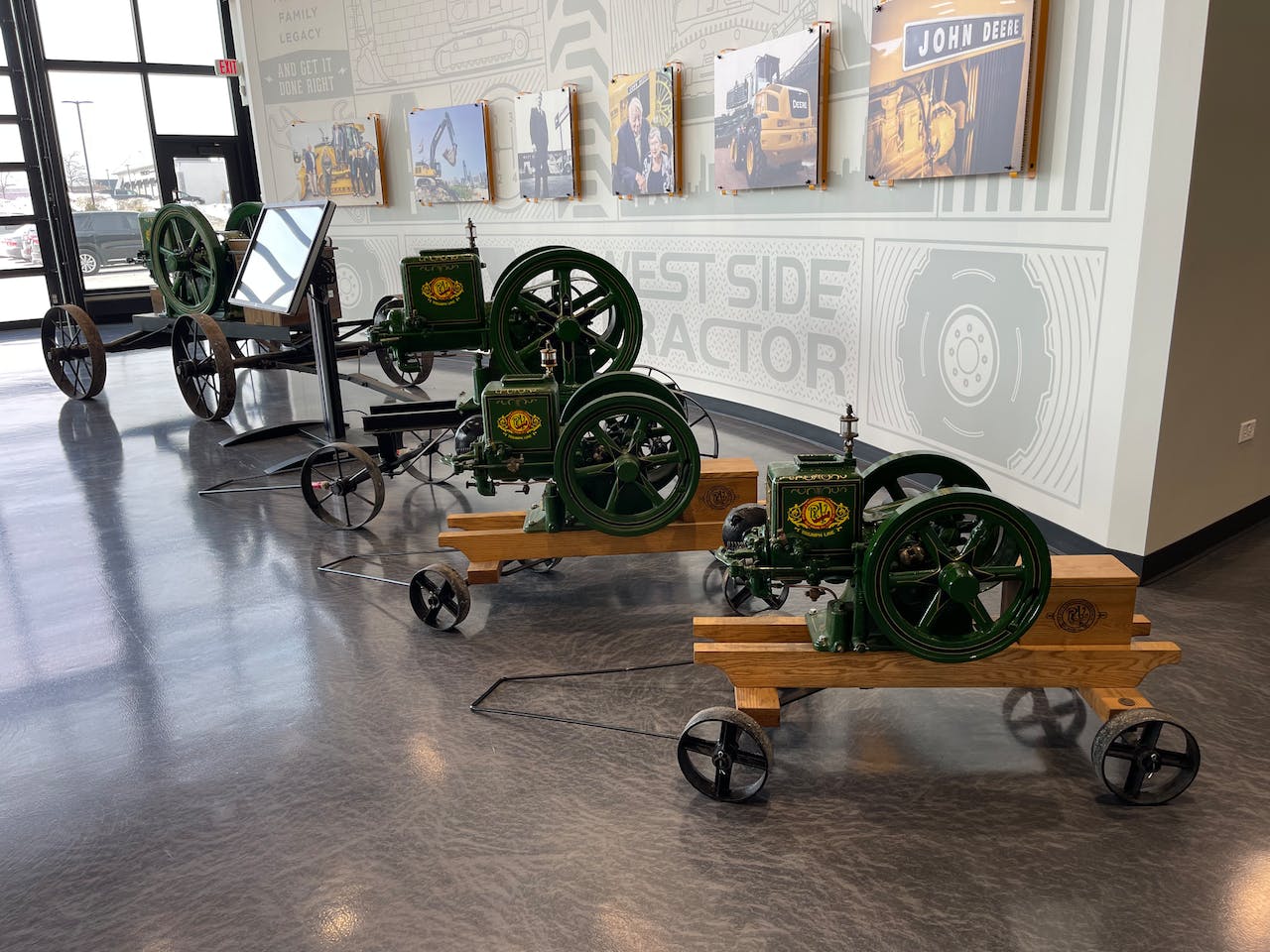 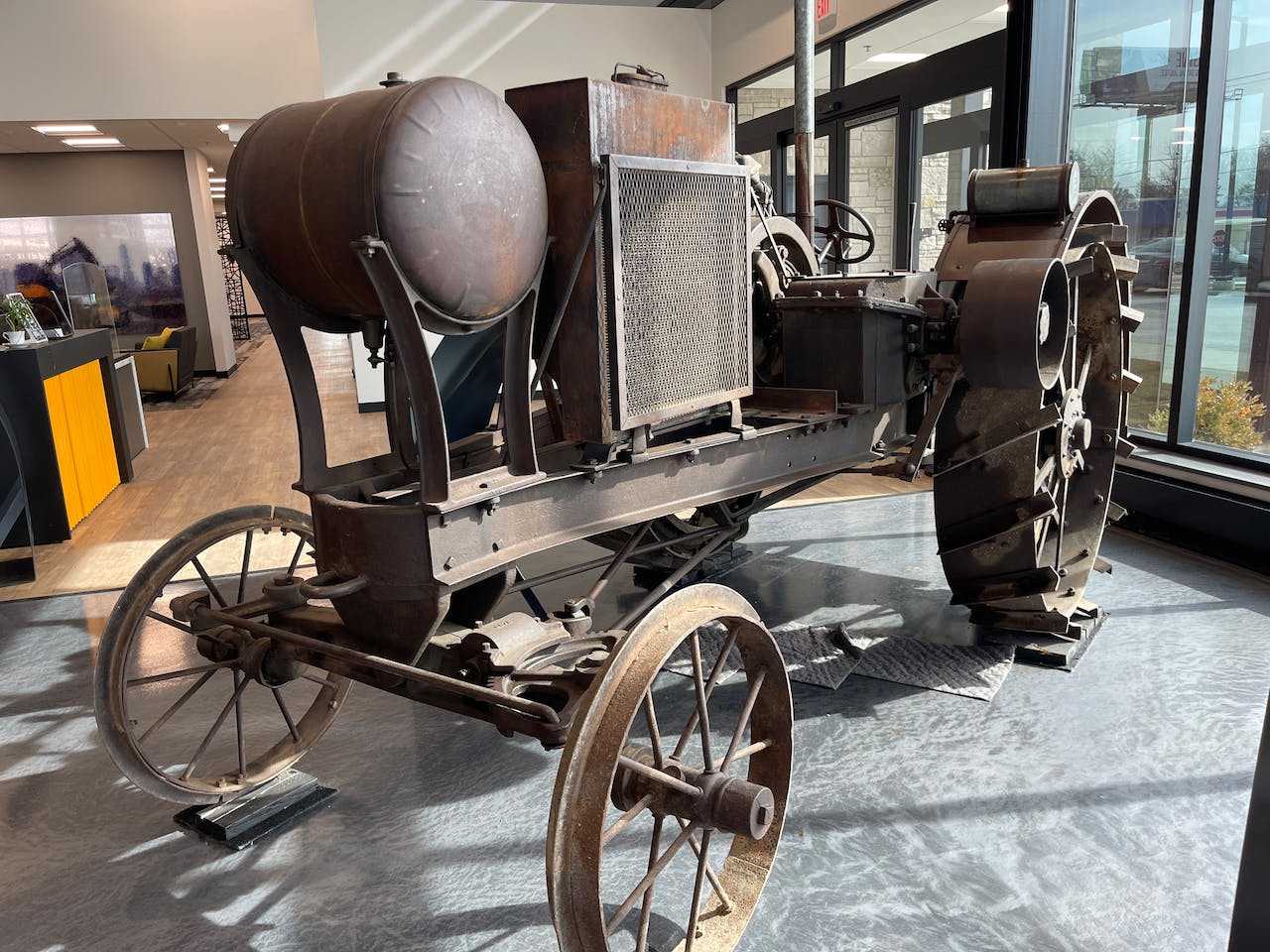