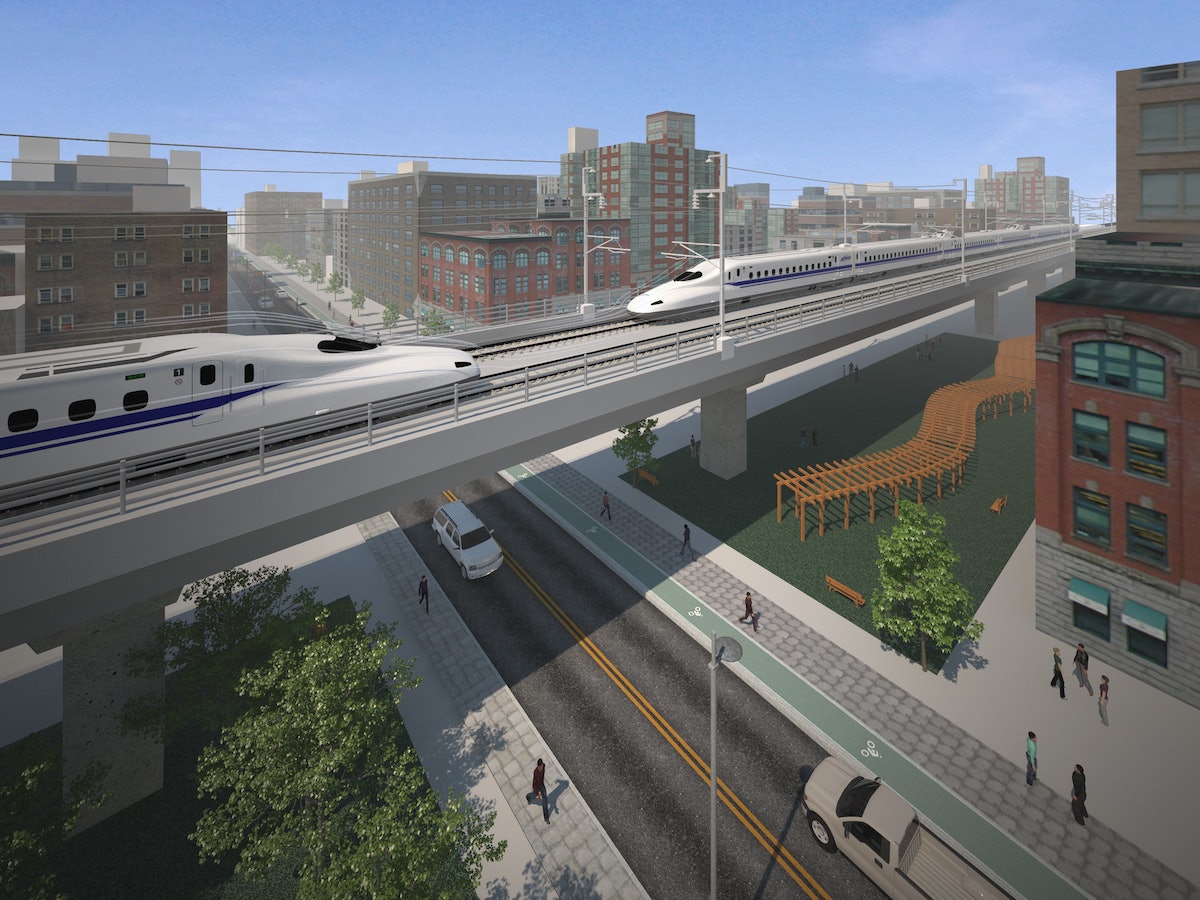 Plans to build a 200 mph bullet train between Houston and Dallas took a step forward with the signing of the final $16 billion contract to design and build the high-speed rail system, according to the train’s developer.

Italy-based Webuild Group, whose subsidiaries include Lane Construction, signed the agreement this month with Texas Central, a private company that is developing the high-speed train. The train, which will replicate the Japanese high-speed rail system Tokaido Shinkansen, is planned to provide a 90-minute connection between the two Texas cities.

A group opposed to the bullet train, however, sees nothing new in the latest announcement.

“Texas Central has been reporting that construction will begin ‘within the next six months,’ ‘later this year,’ or ‘soon’ for the last five years,” says a statement from Trey Duhon, president of Texans Against High-Speed Rail. “With no money or permits, we do not see any progress here, just something to get their name in the news in an attempt to remain relevant.”

Duhon says Salini Impregilo has been working with Texas Central for a while on the project, and Webuild is the merged group’s new name. It also says Texas Central doesn’t have the money or the permits to build the system.

It will also have to contend with eminent-domain issues when trying to acquire the needed property.

Webuild, along with Lane, is the lead engineer and contractor on the heavy construction of the 236-mile system, nearly half of which would be elevated onto a viaduct. Along with the tracks, Webuild will be in charge of building the depots and other facilities for the system, according to Texas Central. The developer says construction will take five to six years after all pre-construction permits have been obtained.

Texas Central says the six-year project will create 17,000 direct jobs, as well as thousands of supply-chain positions. It expects more than 1,400 permanent jobs to be created when the system is up and running.

“Our goal is to put together a team of the best players in the world from each industry needed to bring this project to life,” says Carlos Aguilar, CEO of Texas Central. “Webuild has 115 years of experience designing and building some of the world’s best-known projects, and we are proud to have them as a leader on this historic project.”

Webuild Group was formed in 2020 following the merger of Salini and Impregilo in 2014. Lane Construction was merged into the group in 2016. Members of the group have built such projects as high-speed trains in Europe and the Anacostia River tunnel in Washington, D.C.

The Texas bullet train would have one stop between Dallas and Houston near Texas A&M University. Trains would leave every 30 minutes, according to Webuild.

Webuild says the train would reduce carbon emissions by more than 100,000 tons a year due to a drop in car and plane commuting between Dallas and Houston. It estimates the train will have 13 million riders by 2050.

High-speed rail has been discussed in Texas for over a decade. Supporters hope President Joe Biden’s focus on train travel could boost the project.