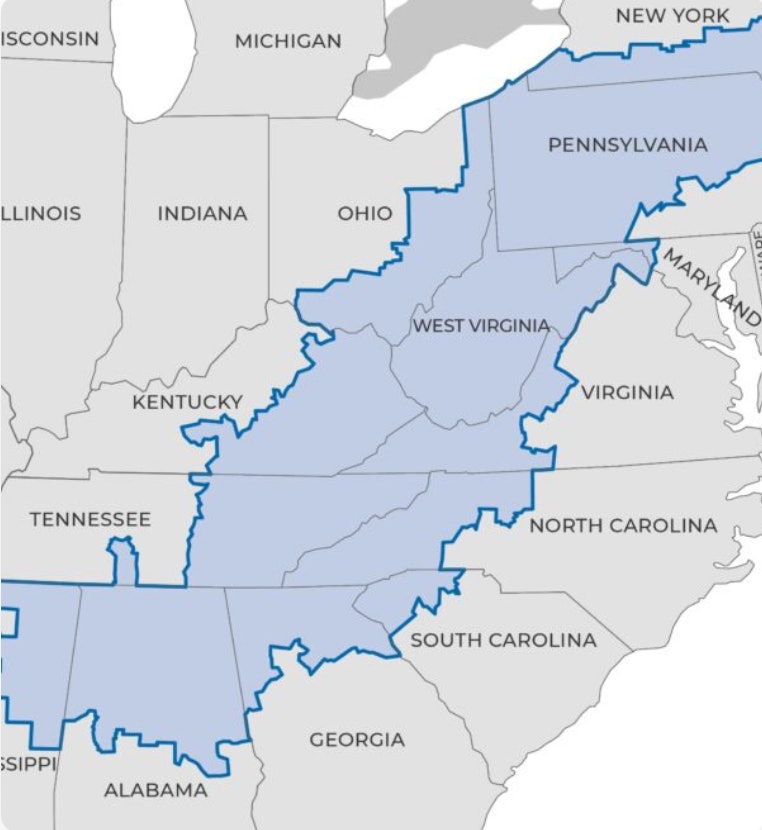 A more than 50-year-old plan to construct a highway system through the Appalachian region will get a $1.2 billion boost over the next five years from the $1.2 trillion infrastructure law.

President Joe Biden announced the new law would increase funding 146% compared to last fiscal year for the Appalachian Development Highway System. About $250 million of that amount will begin rolling out this fiscal year to 11 states.

The ADHS is a 2,814-mile network of highways that links the Appalachian region to interstates. It has also helped increase economic growth and access to the region.

The ADHS is 91% completed and is expected to eventually cover 3,090 miles by 2040, according to the Appalachian Regional Commission. It is estimated to cost $9.7 billion to finish the system.

The ADHS spans 13 states from New York to Mississippi. It was initiated in 1965.

“Since ARC’s founding in 1965, one of its first priorities was to coordinate construction of a highway system that would provide improved access to all that the region has to offer,” said ARC Federal Co-Chair Gayle Manchin. “Thanks to funding from the Bipartisan Infrastructure Law, we’re moving closer to completing the Appalachian Development Highway System to better connect businesses within the region to domestic and international markets. In addition, it is providing residents with safe and reliable access to jobs, education, health care, social services and recreation.”

The construction of the ADHS has increased economic activity across the region and saves 231 million hours of travel time annually, according to ARC.

Completion of the ADHS is estimated to create 47,000 more jobs and add $8.7 billion in goods and services annually across the Appalachian states, ARC says.