Vanair unveiled its new electric battery-powered product line for its truck-mounted air compressors and other equipment at this year’s Utility Expo in Louisville, Kentucky.

The new EPEQ equipment allows you to turn off the truck’s engine while running tools and equipment, releasing no emissions from the power source. Prior to the EPEQ debut, Vanair’s products have been PTO-driven off the truck’s chassis, hydraulic driven or they had their own combustion engine.

The heart of the Electrified Power System is the company’s new ELiMent lithium-ion phosphate battery. The system can be mounted on or within combustion-engine vehicles, electric vehicles and trailers.

Along with zero emissions, the EPEQ system reduces noise, heat and weight, while also reducing maintenance and overall vehicle costs, the company says.

The 48-volt battery system delivers 5 kilowatts of power. It is designed to be plug and play and mobile, as a 13-inch cube weighing 95 pounds versus a lead-acid battery setup of about 300 pounds and 3 feet. The company says it also plans to soon launch a 48-volt, 7.5-kilowatt version. 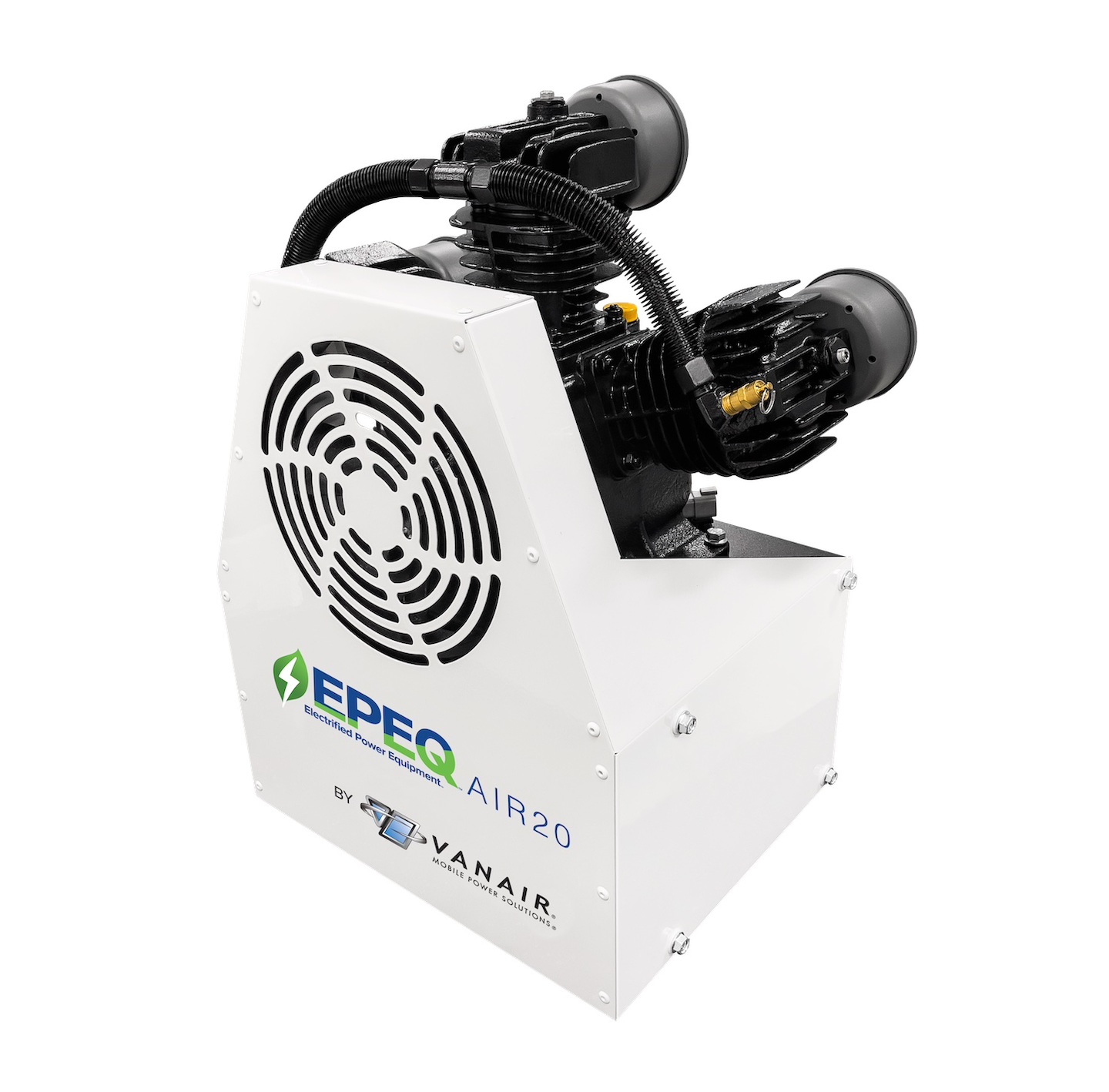 The Vanair EPEQ Air20 air compressor is powered by the company’s new battery and doesn’t use the truck’s engine to run.VanairAlong with the new battery system, Vanair displayed its new EPEQ Air20 reciprocating air compressor. The compressor produces 20 cubic feet per minute at 150 psi. It is designed to run such tools as an impact wrench. Vanair says it delivers a 20% efficiency gain for longer battery life.

Other products unveiled at The Utility Expo included:

The company says all of these devices will communicate with its battery management system.