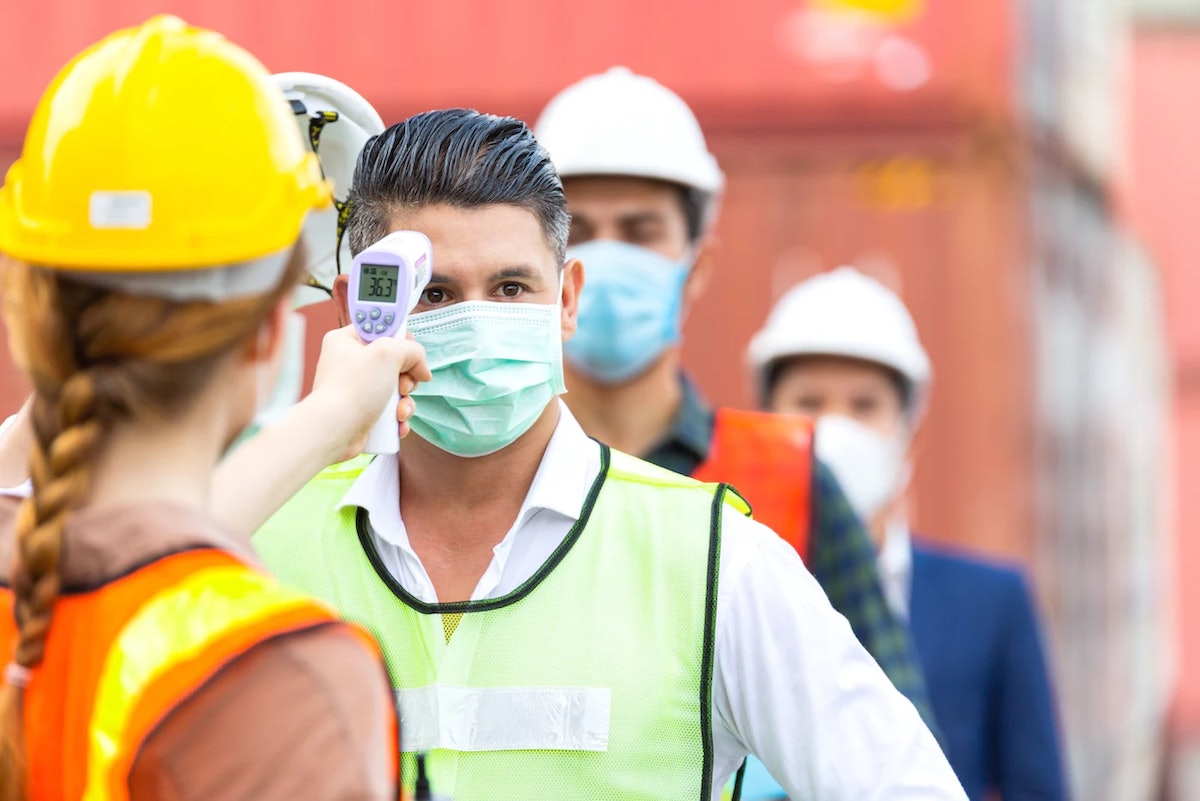 A split decision in a federal appellate court has altered the impact of the federal Covid-19 vaccine mandate on construction contractors across the country.

The vaccine requirement for employees of federal contractors has been on hold nationwide since a U.S. district judge in Georgia issued an order in December barring its enforcement. Written and concurred by two Republican-appointed judges on a three-judge panel of the 11th Circuit Court of Appeals in Atlanta, the decision issued August 26 lifted the nationwide injunction, clearing the way for the Biden administration and OSHA to potentially enforce the mandate on some federal contractors.

Per the ruling, enforcement continues to be barred in the seven states that sued: Georgia, Alabama, Idaho, Kansas, South Carolina, Utah and West Virginia. In addition, the ruling bars enforcement against members of Associated Builders and Contractors or any of their subcontractors on federal projects. ABC was the only business group to engage in the case.

ABC considers the ruling a “major victory” for its 21,000 members, who employ over 1 million workers.

“The court has made it clear that ABC members and state plaintiffs ‘need not comply with the vaccination requirement in their capacity as contractors, and they are not responsible for including that requirement in lower-tier subcontracts,’” said Ben Brubeck, ABC vice president of regulatory, labor and state affairs.

He noted that a lot of the contractors were concerned about the record-keeping and the potential to lose workers.

“There’s a lot of employees who didn’t want to get vaccinated in the construction industry.,” Brubeck said.

Several other lawsuits challenging this mandate remain pending in federal district courts throughout the nation and may result in additional litigation following the decision.

The vaccine mandate had been an effort from the Biden administration to boost vaccine rates. Separate orders were issued for health care workers and required workers at companies of 100 or more to get vaccinated or get weekly Covid tests, starting January 10. From the point of issuance, the order was legally challenged.

On November 30, 2021, a Kentucky district court enjoined the mandates for Kentucky, Ohio and Tennessee. Within a week, a federal judge in Georgia issued a preliminary nationwide injunction against the mandate, granting ABC’s motion to intervene.

Following the federal judge’s decision, the Safer Federal Workforce Task Force indicated it would take no action on enforcement pending the result of the appeal.

The 11th Circuit kept in place the nationwide injunction in mid-December 2021.

In January, the U.S. Supreme Court halted enforcement of the overarching rule for large private employers.

Opponents had won a near-immediate stay on enforcing the ruling. That lasted until December 20 when a federal appeals court lifted that stay, allowing the mandate to go into effect. The high court overturned the Appeals Court decision on January 13, while also allowing for the mandate to be enforceable for health care workers.

According to the Associated Press, when combined with other court rulings in other states, the mandate remains blocked for federal contracts in half the states and is allowed in the other half. How or if the Biden administration will move forward with enforcement through an amended rule that complies with the court’s ruling, or some other fashion is not clear.